How Baltimore City Started Listening to Its Residents about Food Policy 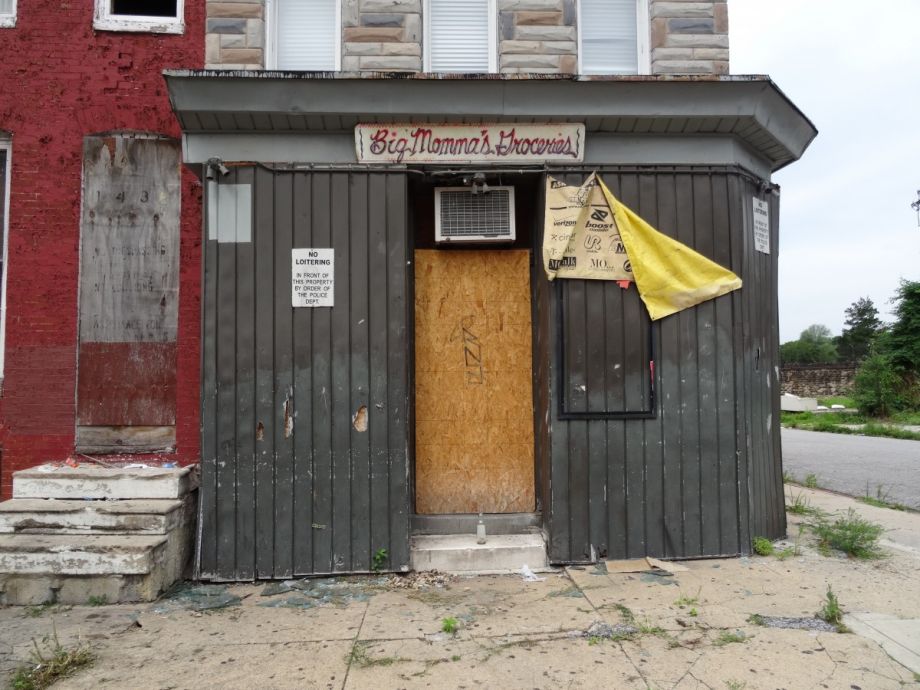 When Holly Freishtat started her position as the food policy director for Baltimore City eight years ago, she was thinking about numbers. “I was thinking how important it was to be able to say this number of people live in food deserts, and these are their big concerns and issues,” she says.

That led quickly to a partnership with the Johns Hopkins Center for a Livable Future, an academic center within the university’s school of public health. By 2012, the Center for a Livable Future and the Baltimore Food Policy Initiative, an inter-agency city initiative led by Freishtat, had jointly released a food environment map that outlined the city’s food deserts, alongside a methodology brief.

It was just the beginning. Not only have they published subsequent Baltimore City Food Environment Reports in 2015 and this year, those early observations, alongside the data crunching and mapping, became a launching-off point for what has since become a resident-centered process to improve food policy in the city. Working with local residents and politicians, the partnership has pushed for innovative policy and initiatives around food access, and begun to change the very terminology of how the city of Baltimore talks about food deserts.

According to Feeding America, a national network of local food banks, roughly 23 percent of Baltimoreans — or 144,300 people, including more than 30,000 children — experience some type of food insecurity.

Addressing that challenge in a resident-centric way had to start with language. The term “food desert” often arises in discussions around food insecurity, referring to the lack of healthy food options in lower-income, often communities of color in cities.

“We had been hearing from advocates and residents that ‘food desert’ assumes it’s naturally occurring when it’s not, it’s a social condition,” she says. “It was time to listen [to residents and advocates] and change the name.”

In the 2018 food environment report, “food desert” was replaced with “Healthy Food Priority Areas” to “better characterize what is being measured, and recognizing that there is a suite of structural elements shaping Baltimore’s food system,” according to the report.

It’s one of many evolutions of the work since 2012.

“The idea has always been translating research and food environment mapping into resident and community engagement, and also driving policy,” Freishtat says.

Caitlin Misiaszek, a program officer in food communities and public health for Center for a Livable Future, calls the mapping and data analysis “the research backbone… then the city takes the information to inform their strategies.”

Center for a Livable Future and Baltimore Food Policy Initiative collaborated with former First Lady Michelle Obama’s Let’s Move initiative as the backdrop. Under the prior administration, Freishtat says, “there was a big movement toward food policy councils, food mapping, and healthy fresh food financing initiatives.”

Building off that work, those council members were asked to recommend local residents to serve as “resident food equity advisors” for the 2018 report. “It’s a new model, and we’re trying to figure out how to have a resident-driven, equitable food policy process,” Freishtat says.

As part of the model, 14 residents were engaged to look at the corner and convenience stores in their communities.

“What we learned from the 2018 map is that we have over 700 corner and convenience stores in our city with low healthy food availability scores,” Freishtat says. “We wanted to develop a strategic set of recommendations addressing that.”

Over seven meetings, resident food equity advisors were briefed on food access issues — from city zoning to health codes — then consulted on recommendations for bringing healthy food to their local corner stores. As well as using that feedback for the 2018 report, their four key goals were presented to Mayor Catherine Pugh and will soon be released to the public.

Baltimore Food Policy Initiative is launching the next cohort of resident equity advisors this November. Through the following year they will work on the implementation of actual policies, Freishtat says.

“We’re always building off the data,” Freishtat notes, pointing out that it’s crucial for Center for a Livable Future and Baltimore Food Policy to continue its partnership in mapping to improve food access within the city.

“If we’re going to drive policy, we need to know what the landscape looks like,” she says. “And if we do our work really well, the methodology only changes to get better.”