In Indianapolis, Building A Community Food Ecosystem In An ‘Apartheid Zone’

Corporate food giants have abandoned Indianapolis’ Northeast Corridor. In their stead, a movement for food sovereignty is seeing progress. 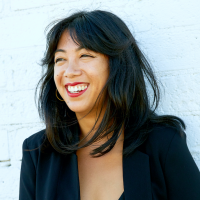 This article was co-published by Prism and Next City as part of our Solutions for Economic Equity partnership, highlighting how low-income and marginalized BIPOC communities are cultivating, building, and seizing economic justice in cities across the U.S.

In Indianapolis’ Northeast Corridor, a predominantly Black area with a growing Latinx population, more than half of residents live in a food desert.

One community-led initiative seeks to build a local food ecosystem, one that will not only feed them in times of crisis but will sustain their health, wealth and wellbeing for generations to come.

In 2021, in the climate of the ongoing pandemic, the Equitable Food Access Initiative (EFAI) was created to address these dueling public health crises, in one of the top five cities in the country with the most people living in “food deserts,” or areas where low-income people don’t have ready access to fresh food retailers within reasonable traveling distance from their homes.

Founded by Local Initiatives Support Corporation (LISC) Indianapolis, with the support of Elevance Health Foundation (formerly Anthem Foundation) and the City of Indianapolis, the three-year, $2.45 million project will be deployed to develop a vision of food access that both improves economic mobility and helps build racial equity.

The Northeast Corridor, or NEC, was chosen among eight Indianapolis communities that submitted collaborative applications to be the initiative’s focal point.

“Of the 83 stores selling food in our area, only 11 sell fresh vegetables. More than half are convenience stores,” said Ashley Gurvitz, executive director of the United Northeast Community Development Corporation (UNEC), which submitted the winning proposal on behalf of NEC residents. The area has seen grocery store chains come and go for decades — or outright refuse to enter.

“Folks in well-to-do white suburbs of Indianapolis don’t have to circulate petitions or mount statistical arguments to coax a supermarket chain to open its doors in their communities,” Gurvitz wrote in Nonprofit Quarterly.

It’s known as “supermarket redlining.” A legacy of the historic race-based housing discrimination known as “redlining,” it refers to “the disinclination of large supermarkets to locate their stores in inner cities or low-income neighborhoods” (more often than not communities of color), citing higher crime rates and lower profit margins.

This insidious but legal form of discrimination has contributed to “apartheid zones” within the city, says David Hampton, LISC Indianapolis executive director and the city’s former deputy mayor for neighborhoods. These zip codes have been neglected by public services and investment, whether by policy or business interest.

That disinvestment is particularly pronounced when it comes to food access, and it has serious consequences for community health further downstream.

The life expectancy rate drops by 10 to 15 years for people who live inside the city limits compared to those who live in the suburbs. A 2015 study found that nearly a quarter of the analyzed zip codes in the Indianapolis area (home to roughly 385,000 people) had life expectancies below the 1990 U.S. average, constituting a more than 20-year lag behind the national life expectancy.

“In the metro Indy community with the lowest life expectancy,” the study read, “a baby born today can expect to live only as long as a baby born in the U.S. more than 60 years ago.”

Food insecurity is linked to many chronic illnesses, which also set the stage for the pandemic to ravage communities with preexisting medical conditions. One NEC zip code had one of the highest rates of positive cases in the city, thanks to comorbidities like diabetes, chronic obstructive pulmonary disease, kidney disease, heart disease and obesity.

But survival, says Gurvitz, looks a lot different to those in the NEC these days. If the pandemic made anything apparent, it’s that social determinants of health, like food access, determine a community’s survival — and longevity — in the long run.

While the term “food desert” has become more socialized in recent years, advocates say it misrepresents the reality of the crisis for two reasons. First, the image of a desert conjures the idea of barrenness, whereas the communities often identified as food deserts still can and do have thriving food ecosystems, like in the NEC. Second, the term “desert” makes it appear as if their lack of access to affordable fresh produce is a naturally-occurring phenomenon, rather than a design of systemic discrimination.

“People who live in food deserts suffer from a lack of access,” says Hampton. “Certain socioeconomic groups have that access while others don’t. They are overlooked and underserved. Thus, we call it apartheid.”

The term “food apartheid” was coined by food justice activist Karen Washington to make the racist legacy of the crisis explicit. “When we say ‘food apartheid,’” Washington told The Guardian, “the real conversation can begin.”

In addition to the impact on community health, food apartheid produces devastating economic consequences as well, says Ephraim Palmero, assistant program officer at LISC Indianapolis working on EFAI: When a large grocery retailer leaves a community, it takes jobs — and other opportunities for wealth building — along with it, impacting its investment and marketability into the future, which further obstructs its access to resources that can ensure its long-term survival.

But it cannot be resolved simply by adding grocery stores back into disinvested areas. “Rather than simply building grocery stores, some of these communities need stable jobs and a livable wage to change their access to healthier food,” according to Nina Sevilla, a program advocate for food waste and food systems with the Natural Resources Defense Council.

Only through economic investment can food apartheid be appropriately addressed, but that investment must also support the local communities’ sovereignty, and few corporate-led initiatives are actually willing to put money behind helping Black and Brown communities thrive.

“Pre-pandemic, to even get a large [corporate grocery store] partner on the phone to discuss food initiatives was very, very hard,” says Gurvitz. But after the racial uprisings of summer 2020, “all of a sudden it was like, ‘We want to get in the game.’”

Gurvitz says that the extent of their community involvement in the past has been stocking food bank shelves with their expired or close-to-expiration products. Reimagining their role in the community now requires building a relationship beyond reliance.

“It’s great that you’re here now, but we have to look at the resiliency — and the sovereignty — of our communities,” says Gurvitz. “That way, we don’t always have to depend on what is produced and put on the shelves.”

With the EFAI, the community is more focused on leveraging existing food infrastructure and cultivating and connecting local resources, shoring up its capacity to meet its own needs from within. Despite corporate food giants abandoning the community over the years, in their stead have grown community gardens, urban farms, gardening education programs, community-supported agriculture (CSA) and, at long last, a local, Black-owned full-service grocery set to open its doors this year.

EFAI’s work is to help these local assets scale their operations and collaborate with one another, as well as local businesses, to develop a robust food ecosystem that can not only deliver healthy food to the community but also at a price point that they can sustain.

“Nothing moves forward without the resident voice,” says Gurvitz.

And it’s not just the prosperity of the NEC that the initiative is hoping to grow. While it’s the sole focus of the EFAI’s three-year funding, a food-justice committee comprising representatives of the seven other Indianapolis communities and city leaders also meets monthly with NEC stakeholders to share insights and resources that can be utilized and scaled across the city.

By now, these communities are well versed in collaboration. While they were ravaged by the pandemic, they relied on one another in much the same way that they are now to survive. Not only was COVID-19 killing people of color at higher rates than white people, but the near-instantaneous economic fallout was also unevenly felt.

So was the aid distributed to help Americans recover. Feeding America projected that economic recovery would be slower for communities of color, and food insecurity levels could remain the same for them as they improve for white households.

“COVID opened our eyes to a lot of the disparities that existed, but it also allowed us the opportunity to meet those needs,” says Hampton. “We found meaningful ways to collaborate where, perhaps, we were siloed before. So, this is really a continuation of that work. We can’t be competing because the crisis is citywide. We really need all hands on deck.”

In that way, community survival is inextricably linked to its food sovereignty.

“Sovereignty is a new means of livability,” says Gurvitz. “Our everyday survival is about making a cultural shift that we will take care of our own.”

Still, the food insecurity crisis across the city remains virulent, and more so now that the country has seemingly moved on from the pandemic even as its effects are still deeply felt. “The lines are still as long as they have been, and families need to eat three times a day, not just once a day,” says Hampton.

It’s a tall order for a three-year project to remedy. The initiative not only needs to be agile enough to adapt quickly in the time that it’s given — as well as the budget — but it also needs to be able to measure its efforts to determine how and where to shift.

But, Gurvitz hopes, they’re inching the needle in the right direction.

“It’s not going to happen overnight,” she says. “But the mere fact that we are scaling up businesses that were once little corner convenience stores, I think that’s significant in showing we will survive no matter what.”

Frances Nguyen is a freelance writer, editor of the Women Under Siege section (which reports on gender-based and sexualized violence in conflict and other settings) at the Women's Media Center, and a member of the editorial team for Interruptr, an online space for women experts to disrupt discourse in traditionally male-dominated focus areas. She is currently working on a creative nonfiction portfolio on race, identity, and the American Dream.