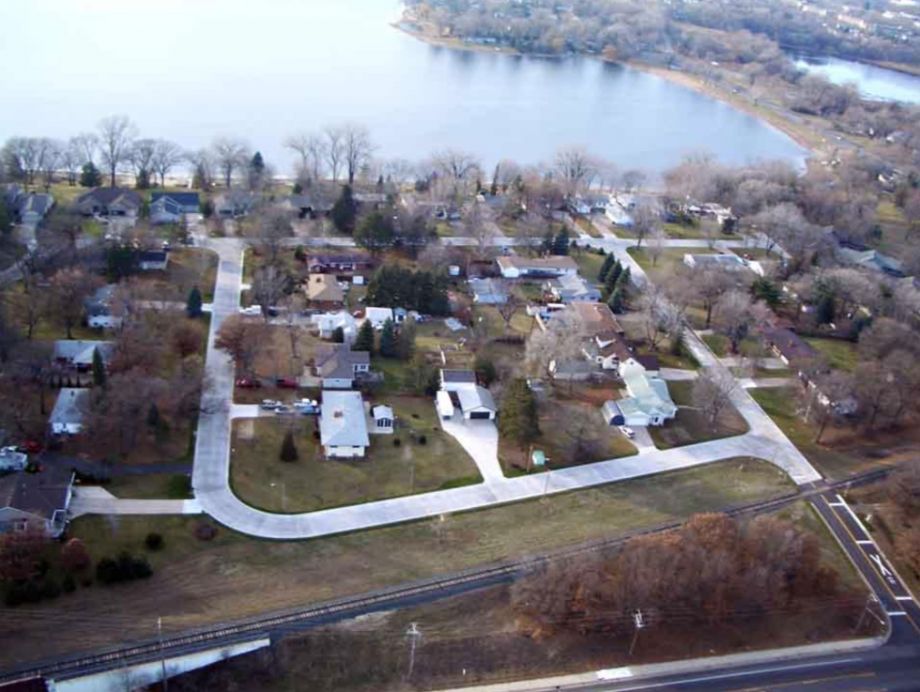 Streets in Shoreview, Minnesota, have been repaved with permeable pavement. Typically used to manage stormwater runoff, permeable pavement is proving to be a useful technique for eliminating the use of road salt. (Courtesy City of Shoreview)

In 2007, water quality concerns in one lake among the (far) more than 10,000 that Minnesota is known for would become the spark that led to the largest stretch of permeable pavement in North America by 2009. Now, officials are hyping permeable pavement — a type of pavement that lets water flow through it rather than pooling on top of it — as a potential way to reduce ice without using road salt.

What started as one project to improve water quality in Lake Owasso in Shoreview, Minnesota, a Twin Cities suburb, has since blossomed into a more common practice in the city, landing Shoreview in the international permeable pavement spotlight.

“It was designed to solve the stormwater management problem,” says Mark Maloney, Shoreview’s public works director. “We collaborated with the University of Minnesota and private industry, which was a pretty amazing collaboration for the time. We learned that there were suggestions that permeable pavement in colder climates had the potential to be somewhat self-cleaning when it came to snow and ice accumulation.”

While permeable pavement is more common in countries like Sweden and has been deployed to manage rain in cities like Portland, it’s a technology that has been less embraced to manage icy conditions thanks in large part to the extremely low cost of road salt — only $70 per ton in Minnesota.

“It may be inexpensive,” says John Gulliver, a professor and researcher at the University of Minnesota’s Department of Civil, Environmental, and Geo- Engineering who specializes in stormwater pollution prevention. What isn’t considered, Gulliver says, is the downstream costs of chloride-based road salts, which rust cars and contribute to the erosion of bridges. “That cost is up on the order of $1,400 per ton of rock salt,” he says. “The problem is that cost is distributed to other sources than those laying down the road salt.”

While it’s unlikely permeable pavement will ever completely eliminate the need for road salt, Gulliver sees it as a viable option for expanded use outside of the parking lots, driveways, and other low traffic applications it’s often limited to in most Minnesota cities today. “My opinion is that what we’re most worried about is ice. With permeable pavement, though, the water moves right through it so you may not have as many ice conditions as we have currently,” he says while also advocating for other solutions such as applying heated sand as part of a diverse approach to winter road management.

“There are places like Shoreview where they have been putting in a lot of permeable pavement and they’ve realized that in some places they don’t need costly infrastructure like stormwater sewer systems,” Gulliver says.

Shoreview, thus far, is pleased with how its permeable pavement is holding up in winter. “After four Minnesota winters of dramatically differing duration, precipitation, freeze-thaw cycles, soil moisture levels, and snowplow events, we are quite pleased with the performance of this pervious concrete roadway/drainage system. It is being used as intended with no unusual operational issues to date,” Maloney wrote in 2013. “The pervious concrete pavement in the Woodbridge Neighborhood is functioning as intended and still stands as the most successful example of the use of pervious concrete for public roadway infrastructure.”

When asked why this project was so successful, Maloney first credits Shoreview’s supportive political climate and a demand for environmental considerations among community members before reflecting on how the project was rolled out. One element that stands out in Maloney’s mind was the outreach and education efforts the city engaged in.

Since adopting a winter road maintenance policy based on a model created by the St. Paul-based Freshwater Society in the early 2000s, “we try to tell the public that we won’t be managing your roads the way MNDOT manages freeways. They should expect clear pavement on the freeways, but in a cul-de-sac that’s probably not necessary,” Maloney says — and the same goes for its six permeable pavement locations in residential areas scattered throughout the city.

After Shoreview’s first permeable pavement project in 2009, the city sent out mailers to tell neighbors about their permeable streets and what they can do to help it function sustainably, like not blowing dirt into the street. Since then, the city has added five more stretches of permeable pavement as part of larger road reconstruction projects and demand is growing.

During the resident engagement process of a recent street reconstruction, “neighbors approached me and said, ‘We hear you did permeable pavement in a neighborhood like ours. Would you consider that here?’” Maloney recalls.

When it comes to ridding cities of damaging road salt, education can go a long way in Maloney’s mind. “A lot of local governments are responding with the education of elected officials. We’re not too far removed from an age when no one saw any downside to salt.”