What Houston’s New Park Can Learn From Atlanta, Los Angeles – Next City

What Houston’s New Park Can Learn From Atlanta, Los Angeles 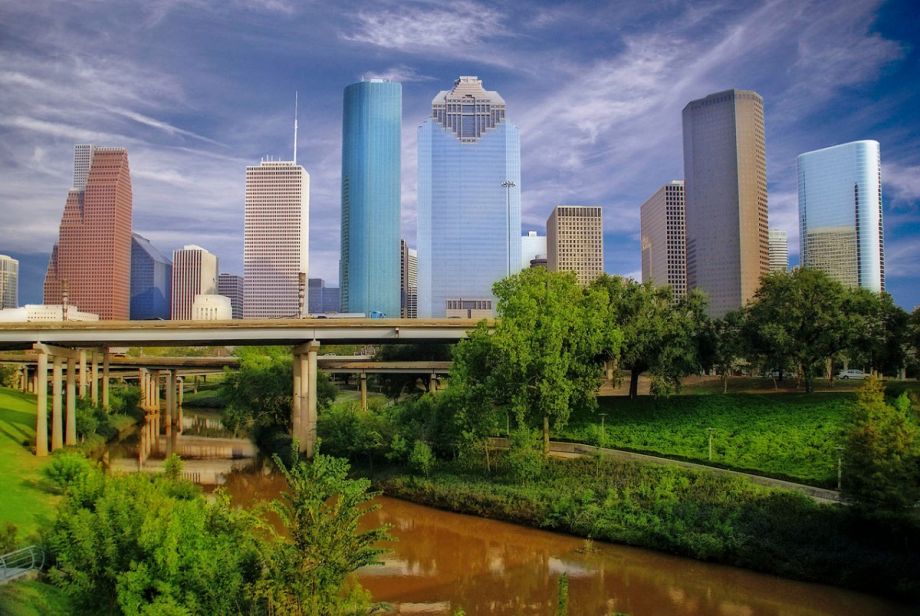 Hyperbole aside, the Bayou Greenways is a captivating idea. As its name suggests, the $480 million effort centers on the city’s bayous, which, left to their own devices, would slither under freeways, meander around buildings and sometimes, depending on the tide, perform magical feats like carrying water uphill. Mirroring its cousin-in-sprawl Los Angeles, however, Houston spent years (and dollars) paving and straightening its waterways, steadily transforming many into utilitarian ditches.

With Phase One opening in October, the Greenways hopes to reclaim about 4,000 acres of that channelized space, turning the land around Houston’s bayous into public parks and roughly 300 miles of continuous hiking trails and bike paths. But the vision doesn’t end there. According to the Bayou Greenways website, it will eventually sync up the entire city via non-car transport.

It’s a lofty goal. And while a $166 million bond helping to fund the project passed with 68 percent of the vote (otherwise known as “flying colors”), the park itself is only one piece of intra-city connectivity. For freeway-loving Houston, the on-street bike and pedestrian networks necessary to sync the entire city with its new central park could still prove challenging, as could creating affordable housing, instigating rent control and setting up the value capture strategies often needed to mitigate renters’ displacement.

Because the park itself is still a work in progress, I reached out to some of the officials and advocates behind Atlanta’s BeltLine and the Los Angeles River revitalization efforts, asking what they see working beyond their project’s immediate footprint.

Ryan Gravel acts as a consultant for infrastructure projects around the country. He’s also the self-proclaimed BeltLine guy, whose 1999 thesis inspired the Atlanta project. And he says that the kind of citywide enthusiasm floating those initial measures can have a transformative effect on neighborhood-level advocacy in the long term.

“These projects that take obsolete infrastructure and use it for some new purpose really serve as catalysts for larger change,” he says, listing community groups that have taken on the mission of forging trails and bike paths to connect to Atlanta’s circular park. “You’re seeing a lot of project-driven ideas inspired by communities that want to be a part of the BeltLine.”

Still, from the perspective of equitable access, leaving the on-street work up to each community doesn’t seem fair. Some neighborhoods (often white) tend to have more wealth and political privilege than others. And in Atlanta, as in Seattle, as in Oakland, as in D.C., fears of displacement and gentrification are rising with the rent.

But Gravel says that he also sees a kind of trickle-up effect, with larger and more established entities taking notice and making change. Atlanta has a bike plan, and a newly created position to oversee active transportation. And the Georgia State DOT recently took out a lane of traffic on one of the city’s busiest thoroughfares for bikes.

According to Jennifer Samson with the L.A. River Revitalization Corporation, city-level government has been getting involved with the project in an increasingly focused way since Mayor Eric Garcetti passed his sustainability plan. A working group now includes the DOT, council offices and other stakeholders.

So far, about 26 of the 51 miles of the L.A. Bike Path and Greenway have been completed, but Samson says that connectivity will be at least partially baked in to the finished product due to the city’s existing infrastructure.

“One of the really wonderful things about the river is that it’s within one mile of a third of all major transit stations, including the Orange Line,” she says. “So all we really need to think about is the first mile/last mile piece once all 51 miles have been completed.”

Because the Los Angeles River revitalization is still very much a work in progress, Samson says that piece hasn’t yet been finalized. But she sees strategies starting to take shape that include everything from signage to value capture models, which could help fund green infrastructure or preserve affordable housing.

Gravel, who sits on the board of the Partnership for Southern Equity, also talks about the need for affordable housing along the BeltLine — so far, he says, 15 percent of the total investment has been set aside to provide around 600 units.

“The answer to that possible challenge [of gentrification-based displacement] can’t be that we don’t provide parks and grocery stores,” he says. “We need to make sure that we have policies and investments to address it head on.”