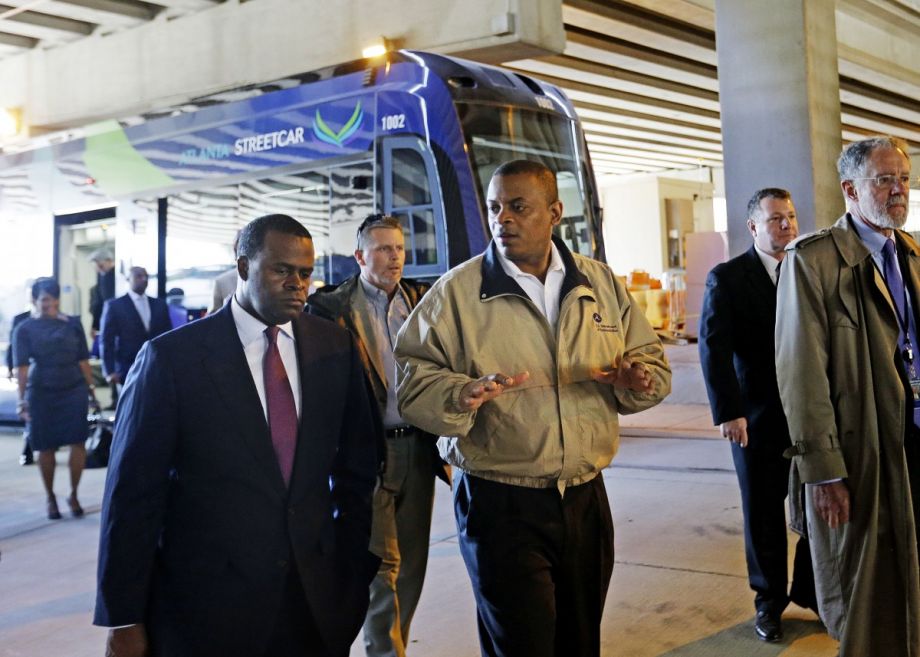 Last week, hundreds of leaders, including many of the country’s top mayors gathered in Denver for three days of meetings hosted by Bill, Hillary and Chelsea Clinton through their family foundation. One of those mayors was Atlanta’s Kasim Reed, who spoke on a panel about next generation cities and using technology to shape social programs, transportation and urban planning. I connected with Reed over the phone about his strategies for Atlanta and why he is optimistic about the city’s future.

Let’s start with an easy question: We’ve heard a lot about the Atlanta BeltLine, the linear park connecting downtown Atlanta to it neighborhoods. How is it coming along?
The BeltLine is an unqualified success. For the $340 million in public-private investment we put in, we’ve had a return of $1 billion in private investment — a three to one return. We believe next year the BeltLine will attract one million visitors, putting it on par with the city’s major attractions.

Speaking of investment decisions, you recently made headlines when you chose not to put taxpayers on the hook for a new stadium for the Atlanta Braves and instead, let them head to Cobb County, which promised the hundreds of millions in subsidies the team wanted. Why did you decide to say no to the Braves?
It was a very tough emotional decision but an easy business decision. In addition to real estate, they were asking for $150 million to $200 million. So basically that’s putting $200 million on a credit card for the team’s private owner and then paying millions in interest on that debt. Spending that kind of money that way would mean not being able to deliver the things we’ve promised — infrastructure improvements, safer streets and so on— to the people of Atlanta. I was not going to throw away the commitments I made to Atlanta to subsidize a private business. We’ve already received multiple proposals to redevelop Turner Field, including a $300 million plan from Georgia State University. We went from a scenario in which were going to write a check for $200 million and turn over $77 million in real estate to a private developer to one in which one of the best public universities in the state is building a campus and housing with its own money. I’d rather the young people in the neighborhoods surrounding Turner Field look out to a university than a series of parking lots and an athletic field.

The Eastside Trail is the latest and most visible phase of the Atlanta BeltLine, a $2.8 billion plan to transform a 22-mile railroad corridor. (AP Photo/David Goldman)

Well you had another 15 minutes of fame in the winter when the region had its snowmageddon and people were stranded on highways and in schools. Atlanta became the national poster-child for regional dysfunction. What have you done in the aftermath to prevent that kind of thing from happening in the future?
I’ve created a task force to deal with emergencies that cross regional lines. The task force is making recommendations and will report back to me.

How did it feel to become that poster-child for dysfunction?
Sometimes you have to stick your chin out and keep going.

At the start of the year, you proposed more investment in infrastructure, in the form of a $250 million infrastructure bond that voters will be asked to approve in 2015. Can you tell me more about why the investment is the right thing for Atlanta?
It’s the right thing for Atlanta because we have a billion-dollar infrastructure backlog. A billion-dollar problem can quickly grow into a $1.5 billion, $2 billion problem. We can go to the market and take on the bond without raising taxes. It’s the right move and we think voters will agree.

People have speculated that you have a bright future in national politics ahead of you. What’s next?
I am not thinking about anything other than being the mayor of Atlanta. We have another term ahead of us and a robust agenda. We are gong to leave exhausted with the city in the strongest condition it’s been in generations.

Next City was a media partner for the fourth meeting of Clinton Global Initiative America held June 23-25 in Denver. CGI America is an annual event focused on finding solutions that promote economic recovery in the United States