How One City Will Change Its Entire Bus System Overnight 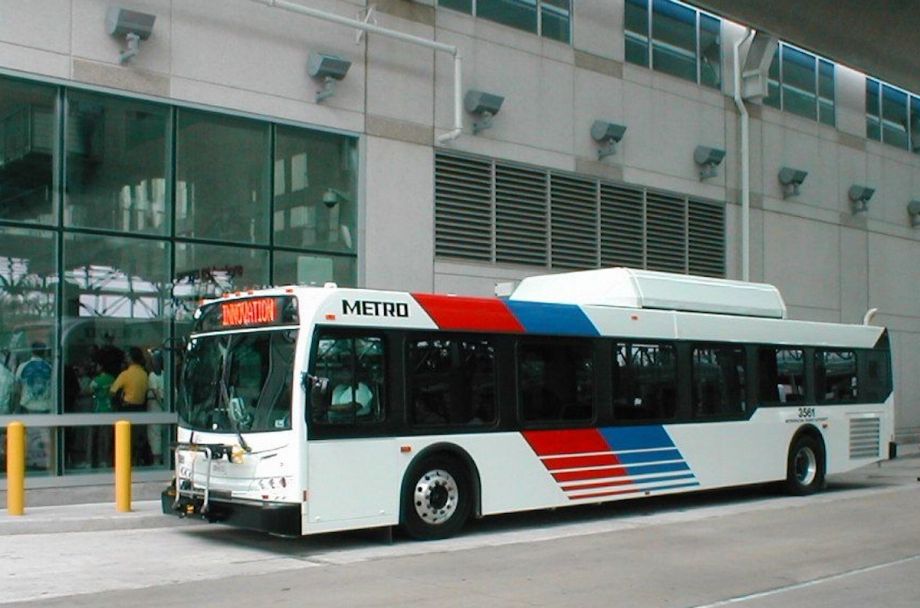 The last time Houston redesigned its bus system, gas cost less than $1 per gallon. Many of those dollars went to the city’s signature corporations. They subsequently flowed into Houstonians’ wallets and got turned into lifestyle choices like cars and suburban homes — by the hundreds of thousands.

To call Houston’s 1970s-era bus system obsolete, in what has become a bustling 21st-century metropolis, is an understatement. That’s why the buses that pull into the barn the night of Saturday, August 15th, will find themselves traveling entirely different routes and following entirely new timetables the next morning, August 16th.

“This is going to be one of the most transformative single changes in a transit network in a given city in a while,” says Jarrett Walker, a transportation planner who consulted for the Metropolitan Transportation Authority of Harris County (Metro).

In the last two generations, Houston has experienced oil booms and busts, the collapse of Enron, the rise of tech and medicine, and the construction of expanding loops of ring roads and other highways, totaling 575 miles. Its metro population has nearly doubled since 1980. Centers of jobs and housing have developed all over the region, and the famously sprawling city has more than its share of residents who — by choice or necessity — do not drive. It also has one of the most popular light-rail lines in the country.

This is not your father’s oil metropolis. “Houston was such an extreme case that the center of the city had moved,” says Walker.

Consequently, many of Houston’s bus lines have been growing less effectual. “Local bus ridership has decreased by over 20 percent,” says Kurt Luhrsen, Metro’s vice president for service planning and transit reimagining. “That’s at a time when Houston’s population has grown exponentially.”

Officials at Metro concluded that the entire system had to go, all at once. They took the street grid as it is and analyzed concentrations of housing, jobs, and historical ridership. Absent a consistent street grid throughout the metro area, Metro’s planners worked to design simpler lines and better connections that would serve passengers as efficiently as possible, serving new areas and edge cities — such as Uptown and the Texas Medical Center — that collectively overshadow the city’s downtown.

Luhrsen said that about two-thirds of the city’s 90 or so local routes lines will be brand-new, with tweaks to the remaining one-third. Metro is also increasing the number of lines that will operate at headways of 15 minutes or fewer, making them far friendlier to discretionary riders wary of waiting in Houston’s swampy midday air.

“The new frequent network will open up access to jobs for lots of transit-dependent Houstonians and make taking transit to job centers feasible for many who’ve never considered taking it to work before,” says Kyle Shelton, a postdoctoral researcher at Rice University’s Kinder Institute for Urban Research in Houston.

A potentially more important innovation may be the system’s dedication to weekend service. Most lines will offer nearly identical service on weekends as they do on weekdays, meaning that commuters who do not work conventional hours can still rely on the bus.

“Society is evolving,” says Walker. “Everyone from the hipsters to the people who work at Burger King and everything in between are living seven-days-a-week lives.”

Most astoundingly, these ridership gains come at a cost of only $10 million. That’s the difference between the annual cost of the new system and the old system, out of a total annual budget of $300 million. Individual passengers may experience only small improvements, but the system as a whole is designed to operate much more efficiently.

Though the old system presented nearly limitless potential for improvement, getting it right was still, planners say, a painful process. Walker says that the redesign not only threatened the status quo but also raised the perennial debate in public transit between ridership and accessibility. That, he says, depends not so much on analysis as it does on soul-searching.

“Politically, a big restructure is very, very difficult,” says Walker. “The community has to figure out its own answers.”

The elimination of some stops and routes, potentially leaving transit-dependent riders stranded, drew stern protests at many scoping meetings. The Metro board had wanted to redesign the new system with the exact same number of buses and operators. Ultimately, though, the board voted to reinstate some services that would have been eliminated (resulting in the $10 million cost increase compared to the old system).

Passengers are awaiting the change with measures of both excitement and trepidation.

Janis “The Bus Lady” Scott, who served on Metro’s advisory committee, stressed riders’ obligations to be prepared. Metro has publicized the change for many weeks, putting notices at bus stops and advertising tools like its dual trip-planner, which enables riders to map their new and old routes side by side.

“When you’re riding the bus, you prepare for things,” says Scott. “There are going to be some challenges, but those people who are negatively affected by those challenges did not speak up when there was time to do so.”

On the operations side, Metro is furiously training its bus operators in the hopes of avoiding what could be a Texas-sized bus traffic jam. Operators have taken test drives and even watched drivers’ eye videos of their new routes. In the dark of night, Metro teams will fan out around the city to remove bags from the new bus signs and, as dawn breaks, the buses will be on their way.

“You literally have to run one system one day, shut it down, and turn the lights on on a new system,” explains Luhrsen.

“There will undoubtedly be hiccups in the transition, but Metro has done admirable work in getting prepped for this major overhaul,” says Shelton. With any luck, the sunrise will be brilliant and plain to see. “We’re hoping for good weather that day,” says Luhrsen.

How the city beyond the windshield will look in the coming years may also change. Though Houston is famously sprawling and famously without zoning laws (though it has some proxies), planners and boosters have long envisioned a more dense, less car-dependent city. Metro hopes to collaborate with developers and certify buildings as “transit-friendly” as a selling point for prospective tenants.

“We encourage people to live and work along these corridors where we have frequent service,” said Luhrsen. … So over time it gives certain areas a bigger locational advantage.”

If gas goes much higher than its current $2.55 (in Texas), the new system will be just that much more attractive.