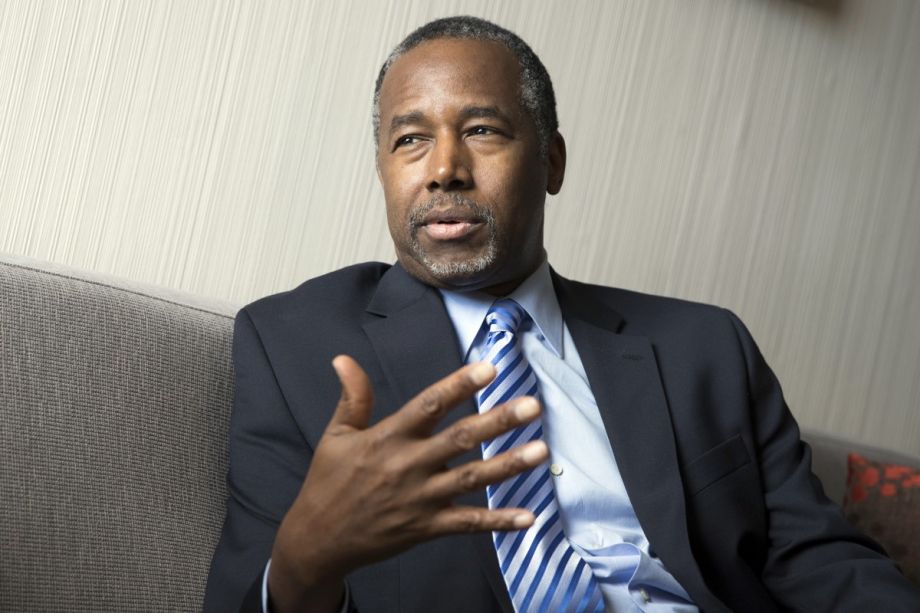 In St. Louis, Sparkle Burns, with two children under the age of 10, used support from an onsite career advancement program in her public housing complex to get back on her feet and moving forward with an accounting career.

In the Rockaways, almost an hour subway ride from midtown Manhattan, residents living mostly in public housing are developing a blighted corner into the cornerstone of their economic future.

In almost any U.S. city, you can find thousands of prospective first-time homebuyers receiving counseling every year to make informed decisions and improve their credit scores in order to obtain affordable, responsible mortgages.

Add in 4.5 million low-income families receiving rental assistance including public housing, and you’re just starting to get a sense of what the Department of Housing and Urban Development (HUD) does with its nearly $50 billion annual budget and 8,500 staff across the country. Former Republican presidential candidate and neurosurgeon Ben Carson will now have to wrap his mind around all the above and more after President-elect Donald Trump yesterday announced his nomination as the next HUD secretary.

“Ben Carson has a brilliant mind and is passionate about strengthening communities and families within those communities. We have talked at length about my urban renewal agenda,” Trump said of Carson in his announcement, using a phrase — “urban renewal” — often associated with federal policies that facilitated the destruction of historic black neighborhoods throughout the middle and late 20th century.

Neither Trump nor Carson have made many policy statements relevant to HUD. Trump did deliver an urban policy speech in Charlotte on Oct. 27, laying out his “urban renewal” agenda. Some of the proposals he offered come through transportation bills or tax credits, which do not necessarily fall under HUD’s purview.

“It’s hard to know what to say, because we don’t know exactly what Carson’s approach is,” says Benjamin Dulchin, executive director of the Association for Neighborhood and Housing Development, a community development coalition in NYC. “It is certainly a concern to have somebody with so little background and expertise in the policy area he’ll be working in.”

The choice of Carson is itself a statement. “There’s not a dearth of qualified Republicans for that job, so if you choose somebody with no background in housing, it says something about your priorities,” says Julia Gordon, executive vice president of the National Community Stabilization Trust (NCST), a national nonprofit that works to restore vacant and abandoned properties. Gordon is particularly concerned about HUD funding for first-time homebuyer counseling, which is essential to NCST’s work.

“It’s really unknown what kind of HUD secretary Carson will be, if he is confirmed,” says Barbara Sard, vice president for housing policy at the Center on Budget and Policy Priorities, a D.C.-based research and advocacy organization. “There’s cause for concern if he’s not committed to sustaining vital federal rental assistance and continuing to make rental assistance more effective.”

If Carson, the Trump administration or the Republican-controlled Congress want to take a hatchet to rental assistance, the picture is already bleak. Public housing, Section 8 Housing Choice Vouchers and other rental assistance programs make up nearly 80 percent of HUD’s budget, yet only one in four families eligible for rental assistance in the U.S. actually get it.

But Trump and Carson’s true stances on federal housing policy remain largely a mystery. “The president-elect has not talked a great deal about his proposed housing policies, so we don’t have anything to react to at this point,” says Marion McFadden, vice president for public policy at Enterprise Community Partners, one of the nation’s largest nonprofit affordable housing and community development organizations.

“Whatever agenda or whatever priority they have, I look forward to learning what that is,” says Maurice Jones, a former HUD official and current CEO of Local Initiatives Support Corporation (LISC), another major national nonprofit that works on affordable housing and community development.

Since Carson’s name first surfaced as a possible HUD secretary pick before Thanksgiving, he and others have referenced his “inner city” Detroit upbringing as a key influence on his view of cities and urban policy. In his autobiography, Carson wrote about his mother “shunning dependency.”

“I don’t want to get rid of any safety net programs. I want to create an environment where they won’t be needed,” Carson has said previously. That would seem to jibe well with some of HUD’s work beyond housing, such as the Jobs-Plus program, which helped Sparkle Burns get back on her career path in St. Louis.

Jobs-Plus puts career advancement services onsite in public housing developments, and provides temporary employment to residents like Burns to do outreach to neighbors about the opportunities and resources the program offers. Created in the mid-1990s, Jobs-Plus remains labeled a “pilot,” reaching only 24 sites so far, and has never been rolled out nationally despite rigorous evidence that it leads to rising incomes for participating households even long after people complete the program.

“Jobs-Plus proves that a well-implemented program that is voluntary can produce at least as good if not better results than programs that force people to participate,” says Sard. “You should want policy to follow the evidence and not the politics.”

There’s also HUD’s community development block grant (CDBG) program, which has long been a crucial source of support for locally driven economic development projects in low- to moderate-income neighborhoods. CDBG funding has decreased almost every year since 1995, but its track record of results seems to fit with the notion of creating an environment with less dependency on the social safety net. In 2013, nearly 28,000 Americans found new permanent jobs or were able to retain their jobs at businesses that benefited from CDBG economic development activities.

HUD also supports locally driven economic development through what are known as Section 4 grants. While just a tiny piece of the HUD budget, these flexible grants often support organizations that otherwise wouldn’t have the resources to do longer-term community development planning. LISC used Section 4 grants over the course of several years to support all of the grassroots organizing around that blighted corner in the Rockaways, the first real estate development project for Ocean Bay CDC, which is based inside the large public housing complex in the neighborhood.

Creating an environment that reduces dependency on the social safety net is also the goal of the new affirmatively furthering fair housing (AFFH) rule implemented by the Obama administration. The AFFH rule requires states and municipal governments and agencies that receive HUD funds to use new agency-provided tools to demonstrate going forward that their housing policies don’t promote racial segregation.

But on this front, a Washington Times op-ed by Ben Carson published in July 2015 indicates that he either does not understand or does not support the AFFH rule, which is rooted in the 1968 Fair Housing Act. The op-ed compared AFFH to school busing post-Brown v. Board of Education, claimed forced integration did more harm than good, and argued that AFFH would end up becoming yet another “failed socialist experiment.”

According to Sard, “the op-ed referenced rhetoric on the right that wrongly claimed this is a federal intrusion into local zoning requirements.”

While a Trump administration could slow rollout of AFFH by reducing budget or staff dedicated to implementation, “Congress would have to pass a law to change what’s currently slated for enforcement, or the agency will have to change regulations on the books and there is a public process for doing that,” says McFadden, who previously worked at HUD for 14 years.

Ultimately, with HUD’s 8,500 staff, the effect of Carson at the top may be blunted by the career civil servants scattered in state and local offices across the country. Jones, McFadden and Gordon are all optimistic that experienced and essential state and local HUD staff would stick around as they have through multiple administrations, Republican and Democrat. That includes staying with Ronald Reagan-era HUD, when the agency became a slush fund for developers and consultants with political ties to the administration. Multiple politically appointed ex-HUD officials were later convicted or pleaded guilty for having covered it up.

“I think people underestimate the actual dedication to the cause that civil servants of HUD have,” says Jones. “That’s where the rubber hits the road. We need to make sure people don’t forget.”