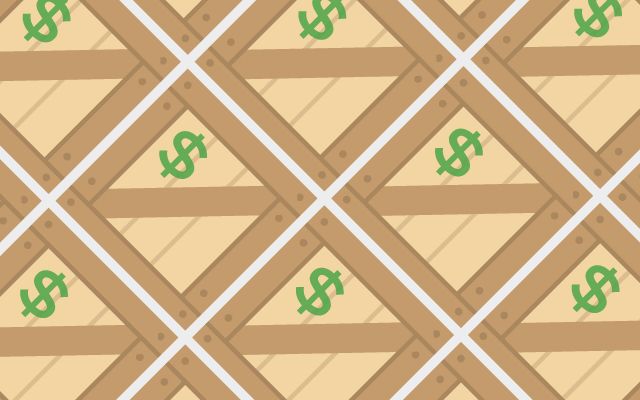 Thirty-two foreign countries receive more direct aid from the U.S. government than the city of Detroit. This is not to say that Iraq and Nigeria and Mexico don’t need foreign assistance or are undeserving of help from the United States. But when you look at the raw numbers, you start to wonder if some of that cash could be better served in Oakland and Baltimore instead of Karachi and Kabul.

The numbers here are for fiscal year 2014 budget and pulled from ForeignAssistance.gov, which provides data in an attempt to make the federal government more transparent. Foreign assistance is managed by the Department of State, USAID, the Millennium Challenge Corporation, the Department of Defense and the Department of Treasury. It includes everything from economic development to education to “peace and security.” Somehow, foreign assistance only accounts for 1 percent of federal spending.

Detroit, in case you weren’t paying attention, filed for bankruptcy on July 18. The city has $18 billion in long-term debt. It’s not getting a bailout, but it is getting $108.2 million in direct aid next year. Egypt, which may have some of its aid cut, is receiving $129.1 million for economic development alone.

American cities get help from the government in other forms, such as tax breaks, housing programs and federal grants for blight removal. So the $108.2 million in direct aid is not the sole form of help that Washington is shipping off to the Motor City.

But that shouldn’t stop Americans from asking: When will the government quit spending so much money overseas and start investing more in our own cities?

Oftentimes, the first thing people say when they see Detroit’s hulking ruins and blight is, “It looks like a third world country.” It’s not unsavory to imagine how more money injected into depopulated cities and struggling urban cores, from New Orleans to East New York, instead of struggling countries might benefit the economy and country as a whole.

And now, here’s Detroit versus the world in terms of fiscal aid from the U.S. government: