What Happened When a Scientist Followed Hedgehogs on Their Urban Commute 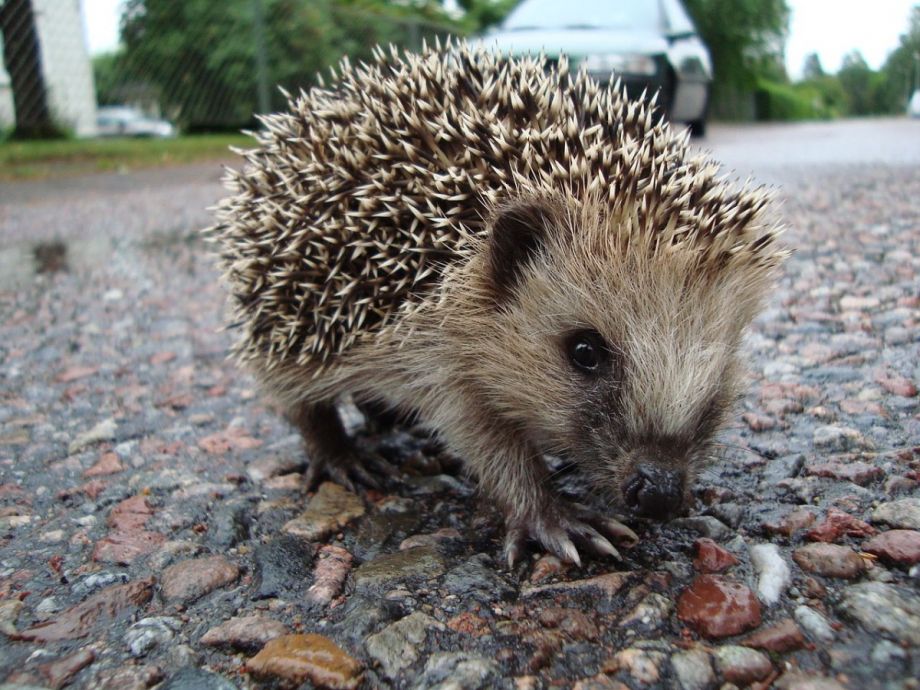 In pursuit of scientific discovery, some researchers hunker down in a lab. Others go out and stalk hedgehogs.

For a recent study, Sonja Braaker, then a doctoral candidate at the Swiss Federal Research Institute WSL and the ETH Zurich, roamed the streets, lawns, parks and gardens of Zurich, in search of hedgehogs. When she spotted one, she would run toward it; typically it would stop in its tracks, startled, and Braaker would scoop it up. Then she’d cut a small portion of its spine with scissors, glue a GPS transmitter to its back, and let it go. Her work wasn’t finished, though — since the small batteries in the devices lasted only eight hours, she had to find the same furry mammals the next evening to swap out the batteries for new ones.

“Sometimes it was really desperate,” she says. “You were just walking three or four hours through the city and didn’t see any hedgehogs.”

She also recalls “several interesting conversations of all kinds with people who considered the hedgehogs their own pets and wanted to defend them.” Not to mention “others who were scared that I was a thief because I was walking quite strangely around the houses.”

The purpose of these expeditions was to learn where the animals went on their nocturnal perambulations. Specifically, Braaker and her coauthors were investigating the city’s “habitat connectivity” — corridors animals can use to get from one patch of habitat to another. She and a colleague eventually caught 40 hedgehogs, and tracked them all over Zurich to see which pathways they took and which they avoided. (They avoided highways and soccer fields, but not small streets; and they appeared to prefer asphalt to gravel.) Using GIS maps of Zurich and software designed to predict connectivity, the researchers generated maps highlighting the hedgehog-friendly corridors. Braaker claims her methodology offers a more objective assessment than previous models. She hopes the results will inform the future decisions of planners.

There’s no way around it: Cities are disruptive for most wildlife. Select species, such as pigeons and squirrels, are fully at home in urban environments, but most either struggle to adapt or fail completely. (Hedgehogs are able to adapt in the right circumstances; Zurich is a very green city.)

The most important element is habitat itself, such as forestland or parks. Yet it’s also essential for many species to be able to move about between these areas, so they can search for food and mates. If habitat is fragmented, animals are more likely to end up as roadkill, and also more likely to lose genetic diversity due to limited mating options.

Interest in integrating wildlife into cities has been on the rise, both out of concern for other species and because people simply like to have access to nature. At the same time, technological advances have facilitated the effort. Chicago Wilderness, a coalition of dozens of government agencies and nongovernmental groups, was a pioneer in this realm, founded in 1994. But in recent years, technology has changed their approach to the work. In the past, they relied on expert judgment. “A lot of our mapping was done by getting people around tables and drawing circles around things,” says Nancy Williamson, regional watershed coordinator of the Illinois Department of Natural Resources, one of the entities in the coalition. “It wasn’t as accurate as it needed to be.” Now, they use GIS mapping to understand different habitats. Williamson says the project has also used GPS tracking on animals ranging from coyotes to turtles.

Yet technology can do only so much. One challenge is the difficulty of retrofitting cities to add wildlife corridors. Braaker says that her maps are mostly intended to reveal how future plans would affect existing connectivity. She also conducted another recently published study on green roofs, showing that they could provide connectivity for beetles and bees, among other creatures. Green roofs are a promising option for adding green space to cities that are already dense and built up.

Conflicts also arise, according to George Hess, a professor of forestry and environmental resources at North Carolina State University. Optimal corridors, especially in the U.S., often cross private property, and conservation efforts must compete with strong development pressure. What’s more, plans would ideally be regional, requiring cooperation among various entities. (Chicago Wilderness is an unusual example of this kind of alliance.)

Adding another layer of complexity, different species have different needs and preferences. What’s best for hedgehogs may not be best for birds or foxes. Braaker writes that her methodology could be used to make maps tailored to multiple species. Planners could overlay the maps to see how different changes would affect each species, and consider how to maximize connectivity, depending on the community’s priorities.

Then there’s the issue of unintended consequences. As a famous ecological maxim has it, you can never do just one thing. By fostering habitat corridors for the cute and cuddly animals, we could lay out the welcome mat for more controversial fauna, such as wolves and, in Europe at least, wild boar.

Finally, there’s the question of whether the technology can itself harm the animals or distort their behavior. In order to attach the transmitters to the hedgehogs, after all, Braaker had to snip off part of their spines. She says they did not appear hurt or traumatized—their spines regrow quickly—but one reviewer of her paper wondered whether this experience could have affected their movements.

Still, for the most part, experts seem to agree that high-tech tools — GPS trackers and GIS, as well as motion- and heat-sensing cameras — have allowed for more thorough observation of the locomotion of animals, and that this data is the starting point for trying to accommodate them. It’s one of the many ironies of nature conservation in the 21st century: In order to let wildlife thrive, we have to chase them down and glue electronics to their backs.