City-Dwellers, Expect Your Neighbors to Get Wilder – Next City

City-Dwellers, Expect Your Neighbors to Get Wilder 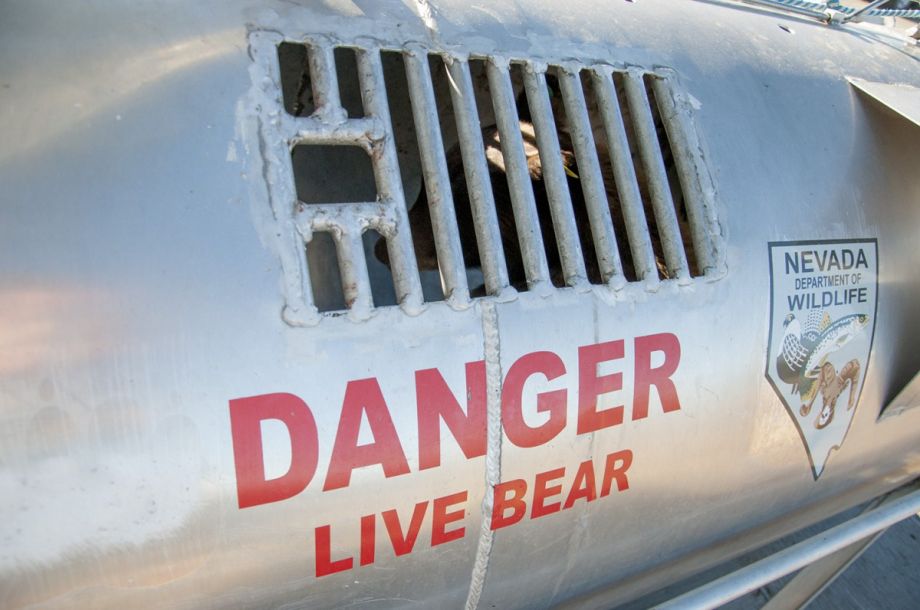 With urban population growth projected to almost double by the middle of the century, city-dwellers should expect to have some odd neighbors — ones with four legs, fur and lots of sharp teeth.

In Central Los Angeles, for example, a mountain lion has taken up residence in Griffith Park, home of the Hollywood sign. Bear populations in urban Nevada are three times higher than the historical baseline, and becoming more concentrated in urban areas and rarer in undeveloped ones. In 2011, a fox was found living in an unfinished skyscraper in London, feeding on construction workers’ food scraps. Coyotes have quietly conquered America, spreading from their home range in the Great Plains to every state except Hawaii and into cities like L.A., New York, Philadelphia, Tampa and Chicago, which is home to a thriving population of 2,000-plus animals.

This isn’t exactly a new development or completely out of character for animals. After all, it’s how we got our most common pets. Wolves creeping around the edges of human settlements led to the domestication of dogs, and cats became habituated to people by taking advantage of the rodent prey around human food stores. But as urban areas expand and wilderness is developed or fragmented, biologists and ecologists think that the food and shelter that cities can provide will become even more enticing, and city-dwelling will become more important for wildlife. Cities, it seems, are where the wild things will be.

Unfortunately, where humans and animals share space, conflict often follows in the form of animal-vehicle collisions, damage to property, the spread of zoonotic diseases and, in the case of carnivores, attacks on pets and sometimes people. While the wildlife management plans of yesterday often amounted to killing or relocating the occasional problem animal, some cities are now approaching urban wildlife as neighbors that aren’t moving out anytime soon and that humans will have to coexist with.

In Boulder, Colorado, for example, the premise of the city’s Urban Wildlife Management Plan (UWMP) is not to simply kill problem animals, says Urban Wildlife Conservation Coordinator Valerie Matheson, but identify areas of potential conflict beforehand and change the circumstances to prevent those conflicts. For coyotes, that meant “addressing both the human behaviors and animal behaviors that contribute to conflicts,” through outreach and education for Boulder citizens and “hazing” coyotes (that is, yelling at them or using noisemakers or squirt guns on them) to move them out of certain areas and discourage them from coming into contact with humans.

After a hazing-based coyote management plan was implemented in Denver in 2009, the city saw coyote-human interactions and coyote sightings drop by 85 percent in the first year. Boulder’s hazing program ran for several weeks early last year and was considered effective, but weeks later, a child was bitten and Parks and Wildlife officers killed two coyotes suspected in the attack. Additional hazing programs and other, more long-term solutions will be considered as the city develops a coyote management chapter for the UWMP.

Another approach to managing conflict is taking away easy meals from wildlife, like garbage and outdoor food. In several cities, states and national parks, for example, bear-proofing garbage cans and Dumpsters has helped decrease conflicts and complaints about bears. On October 1st, Boulder began enforcing a “bear protection ordinance” that requires residents to store their trash and compost in bear-resistant carts reinforced with special latches.

New research suggests one more tool for managing conflicts with wild urban carnivores: their prey. Attacking pets and digging into trash isn’t a sustainable way to feed, since it puts the animals in danger of getting captured or killed. Their natural prey is a safer bet.

To test that idea, a team led by urban wildlife ecologist Seth Magle mapped human-coyote conflict in the Denver metro area against the local distribution of black-tailed prairie dogs, another successful urban animal and an essential prey for coyotes. They found that conflict rates were higher where prairie dogs were absent, and lower near their colonies. “This is a very important, and somewhat surprising finding,” Magle says. “No one has previously demonstrated an effect of a prey species on human-wildlife conflict. It helps show us that these conflicts should be placed in an ecological context, and may require a more holistic view to predict and prevent.”

How do little burrowing rodents help keep the peace between people and coyotes? First, where prairie dogs are abundant and predictable, coyotes are less likely to seek alternative food sources, lessening the chance they’ll come into contact with humans. It could also be that prairie dogs change humans’ behavior, and not the coyotes’. It’s possible, the researchers say, that people who live near prairie dog colonies are more aware of urban wildlife, or concerned with the hazards of stepping into a prairie dog burrow and thus take more precautions to secure their pets (more than 90 percent of the conflicts the team looked at were attacks on pets, mostly loose dogs) and avoid contact with wild animals.

The researchers think that if future studies confirm that prairie dogs reduce conflicts and other prey animals play similar roles in other cities, then managing them could help create a buffer between humans and wild carnivores. “In some cases we might be able to conserve prey species to reduce conflict,” Magle says. “While this might not always be feasible — people don’t love rabbits, either, for example — it gives us another tool in the toolbox that may sometimes help prevent conflicts in a humane way.”

“In the long run, we’ll only be able to conserve biodiversity on our planet if we can make cities into places where humans and animals can coexist,” Magle says. Making room for predators and prey while keeping them out of conflict, he hopes, would create a win-win scenario for urban humans and their furry neighbors.