Remember the Zimmerman Verdict With an Evolved Approach to Gun Violence 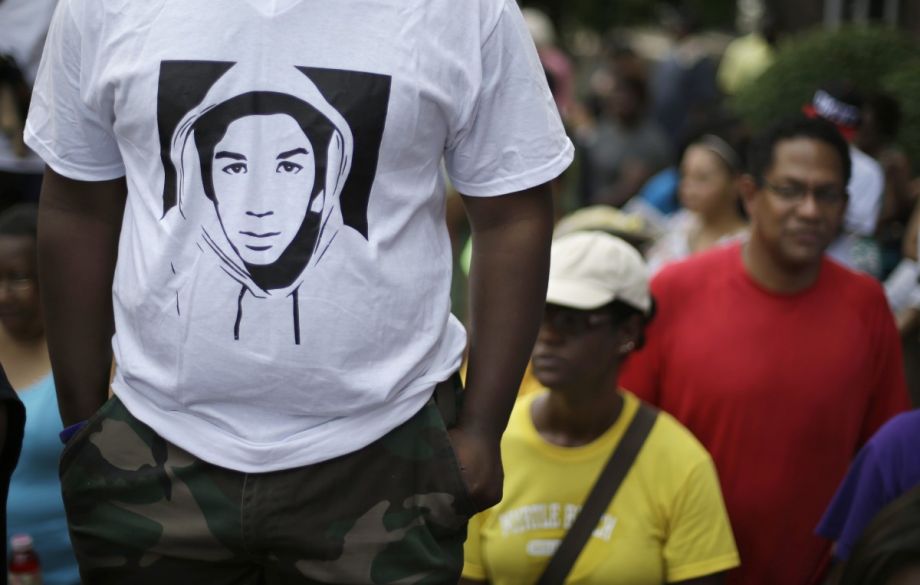 Late last month, there was a shooting nearby, amid what the New York Post referred to as a “bloody start to summer.” I think about the communities, like mine, plagued by violence every day. How did we get here?

This Sunday, the Million Hoodies Movement for Justice will remember the one-year anniversary of the George Zimmerman verdict. In 2012, we activated our 50,000 members in response to the killing of Trayvon Martin by leveraging strategic communications, creative technology, and grassroots organizing in order to demand a safer and more racially tolerant America. Million Hoodies works to protect and empower young people of color by transforming the public narrative on gun violence and racial profiling while providing the tools necessary for communities to protect themselves.

Although frustration still lingers from that tragic decision of injustice to acquit Zimmerman of all charges, over the last year, Million Hoodies has been busy bridging the gap between gun violence prevention and mass decriminalization. We recognize that the death of Trayvon Martin and even Jordan Davis, and many others like them, are deeply embedded in institutional injustice and structural violence. We must attack the core inequalities in our society if we are to put a stop to the senseless deaths and systemic violence inflicted on people of color every day.

Audre Lorde once said, “There is no such thing as a single-issue struggle because we do not live single-issue lives.” We cannot just talk about gun violence and continue to ignore the criminalization of communities of color. Responses to certain forms of gun violence have resulted in the increase of school metal detectors and policies like stop-and-frisk. Arguably, stop-and-frisk is motivated by a desire to address public safety and the safety of our children. However, it disproportionately impacts young men of color. Stop-and-frisk is an experience far too common if you walk around Bed-Stuy and identify as poor or black.

I live down the street from a police precinct. I see officers patrol my street at night and will occasionally stand in front of my apartment building to surveil the area. Am I safe? Is this what security feels like?

For communities like Bed-Stuy, gun violence is not a single-issue struggle, and we must create an agenda that intersects with the challenges affecting communities of color today like education, job security and criminalization. Strategies like more policing and racial profiling have not built safer communities for people of color. Instead, we’ve created a prison-like environment with constant surveillance, isolation and a culture that strengthens the school-to-prison pipeline.

In June, Million Hoodies hosted our first-ever Power Summit with 20 high school and college students in Philadelphia to kick off the 50th anniversary of Freedom Summer and to provide students with the skills, tools and networks to design campaigns for transformative change in their communities. Students broke into small groups to share the personal stories that underpin why they are in this fight. Some talked about first-hand experience with the criminal justice system, some about how they’ve been personally affected by gun violence. We discovered the decriminalization and gun violence prevention movements face similar opposition: the influence of money and politics and the National Rifle Association (NRA) and political polarization. Not only has the NRA influenced a number of gun laws like Stand Your Ground, influenced by the American Legislative Exchange Council (ALEC), but has pushed policies like zero tolerance in schools and more school policing after Sandy Hook (also ALEC influenced). We brought along partners like the Campaign to Unload and the Responsible Endowments Coalition to discuss campus divestment — an economic strategy for reducing influence of the gun and private prison industries. Follow the money, divest and aim to reinvest in other social causes. We would see deeper impacts in the fight for safe and secure communities for everyone if our movements worked together.

How can we put gun violence into the context of a larger movement-building strategy? How can we drive a more progressive agenda driven by common and shared values? When will our movement start to look at gun violence with a multi-issue approach?

If we talk about changing the culture around guns, we must also consider effects around the criminalization of youth of color. We are forming partnerships and coalitions to help determine how we build safer communities together. We are ready to take on the challenge at Million Hoodies.

Dante Barry is a political organizer, online organizing strategist and current deputy director for Million Hoodies Movement for Justice. Dante is a leader in the racial justice and gun violence prevention movements and has provided commentary on the Daily Show With Jon Stewart, Al Jazeera America, We Act Radio, HLN and ABC.

Dante Barry is the deputy director of Million Hoodies Movement for Justice and a national organizer in the racial justice and gun violence movements.