Which Transit Agencies Have Endeavored to Buy Local This Year? – Next City

Which Transit Agencies Have Endeavored to Buy Local This Year? 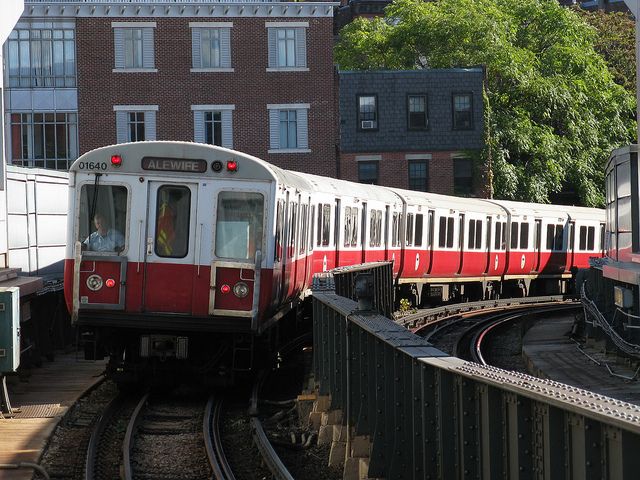 Madeline Janis, LAANE’s national policy director, is doing yeoman’s work in the Golden State, cutting through all sorts of unsexy legislation and labor laws with one aim in mind: Using public money for public transportation projects to hire local and buy local. On the other side of the country, where it’s reeling from its third World Series title since 2004, Boston is set to put an emphasis on local manufacturing when it replaces about 225 train cars as part of a $1.3 billion facelift.

The Massachusetts Bay Transportation Authority (MBTA) — or the T, as everyone calls it — will upgrade its Orange and Red lines, Gov. Deval Patrick announced in a meeting with the Greater Boston Chamber of Commerce last week. The procurement process will replace 74 red line cars built in 1969 and about 120 built in 1981, according to the Boston Globe.

Massachusetts Transportation Secretary Richard A. Davey, who used to work for the MBTA, said the state DOT will require the new train cars to be assembled in state. It’s a good use of state dollars and a multiplier effect in some ways: Skilled workers across the state will find work, even if it’s short-term manufacturing job growth. That means a larger tax base and more skilled workers with some extra cash in their pockets.

This is part of a national trend that has seen a bit of pickup this year. In February, L.A. Metro struck a $305 million deal for a fleet of new, American-made buses. Maryland Gov. Martin O’Malley signed an executive order in September that requires state agencies consider contractors that encourage hiring in high priority areas. And the MTA over the summer commissioned a new fleet of buses from a factory in upstate New York.

It’s a stark contrast to the way transportation was procured in the past, as Aronowitz notes in her story. “When a city or state puts out a call for new rail cars or buses,” she writes, “only foreign companies typically respond, and they take a large portion of the jobs — particularly the good-paying ones — back to their own countries.”

Hardcore capitalists will argue that transportation authorities should worry about their bottom dollar, especially when it comes to taxpayer money. But hiring and buying local is a sound way to create jobs and leverage public dollars for the best use. Janis puts a fine point on it, telling Aronowitz, “We’re paying for that with our fares, with our tax dollars. We should have the jobs that go with them.”