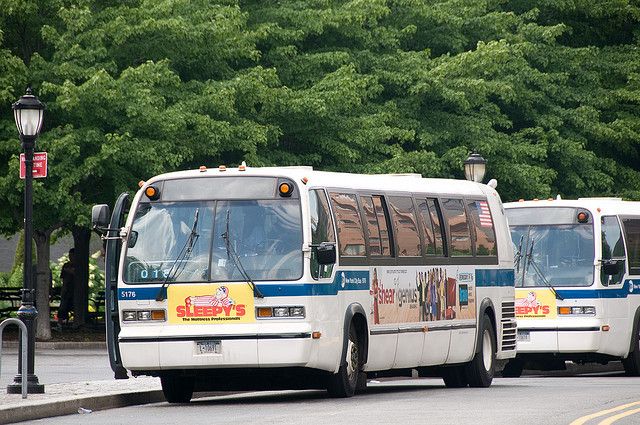 Chalk up another small victory for American manufacturing. This time it’s in Upstate New York, where Prevost, a bus manufacturer, today won a $165 million contract to build 300 buses for the Metropolitan Transit Authority.

The manufacturing will take place at the Nova Bus Plant in Plattsburgh, N.Y., whose planning board recently approved an expansion of its factory. The expansion is expected to add between 34 and 49 jobs to the factory’s existing 200.

The news out of Plattsburgh comes on the heels of President Obama’s push for a stronger middle class in a speech on the economy yesterday. It’s smart procurement from the MTA — the agency is keeping jobs not only on this side of the pond, but inside the state of New York. Prevost also won a $148 million contract this spring to make 300 buses for the Chicago Transit Authority.

This marks a promising trend from regional transit authorities more committed to American jobs and localizing procurement. In February, L.A. Metro inked a $305 million deal with the Canadian manufacturer New Flyer Industries for a new fleet of buses. The catch? The buses had to be manufactured in the U.S. and create a specific number of quality jobs.

New Flyer has factories at three different locations in Minnesota and Indiana, and it’s expanding operations at its St. Cloud, Minn. plant for L.A.’s new buses. The move will create 150 jobs in St. Cloud and 50 in Los Angeles.

Next City broke down L.A.’s push for localizing procurement in February:

The agreement between L.A. Metro and New Flyer came out of an innovative approach for public procurement being piloted in L.A. The approach requires that companies bidding on the L.A. Metro contracts include a U.S. Employment Plan in their proposals. Detailing the quantity and quality of U.S. jobs that would be created by the company if it won the job, the plans allow job creation to be factored into the the agency’s decision, just like cost and any other factor typically examined through the procurement process.

Chicago, on the other hand, caught some much-deserved flak in June when the CTA awarded a $1.14 billion contract to build more than 700 train cars to Montreal-based manufacturer Bombardier Transportation. The Windy City’s labor groups were incensed, and rightfully so. There are lots of skilled workers in Illinois looking for work.

It’s impossible to ask every regional transit authority in the U.S. to manufacture its trains and buses and light rails right in town. There’s too much density for that. You can’t expect the MTA to start rolling train cars down an assembly line in Midtown Manhattan. And, as L.A. Metro has shown, it doesn’t even necessarily need to be done in-state.

But when public procurement makes American jobs and reducing outsourcing a chief concern, it’s a good bet for everyone, especially the eroding middle class.