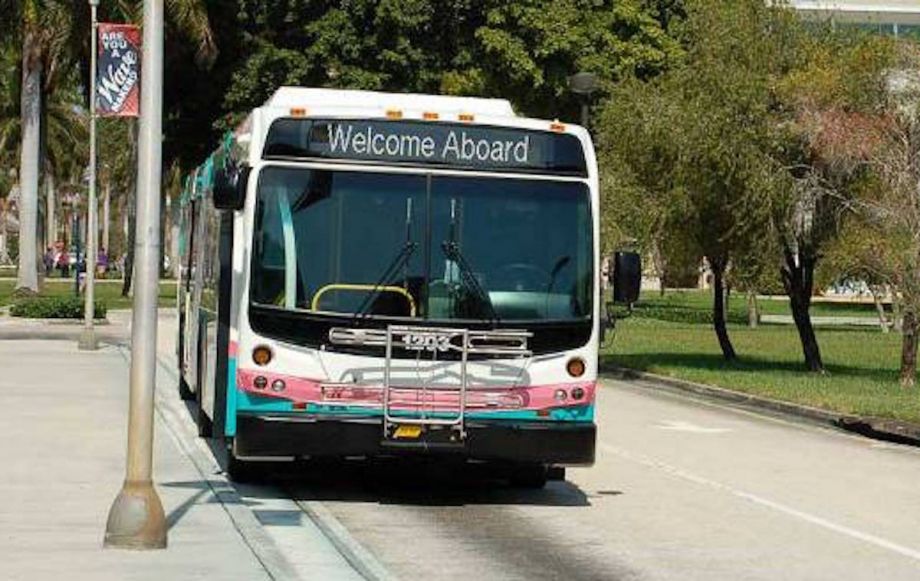 The bus system in Palm Beach County, Florida, goes too slow and has too many “spaghetti” routes, say local transit agency leaders. Officials in the Sunshine State’s largest county want to overhaul the decades-old network by teaming up with a company famed for improving big cities’ public transportation.

Jarrett Walker and his public transit consultancy have redesigned bus systems across the U.S. for years. The firm’s revamp work went live in Houston in 2015, and Columbus, Ohio, in May. Post-redesign, Houston’s is one of the few mass transit systems in the U.S. to avoid a nationwide trend of ridership drop. Columbus’ buses have gained more passengers, says Khaled Shammout, director of transit planning at Palm Tran, Palm Beach County’s bus department.

Palm Tran’s ridership has declined in recent years, and Walker’s firm is now going over the agency’s 35 routes that span an area larger than Greater Houston. Palm Tran hopes big changes will get more people on the bus. Bus agencies reexamine and update routes every 10 to 15 years, Shammout says.

Palm Beach County’s bus network has two major problems: its stops and its routes. “We have way too many bus stops,” says Shammout. “The more that [buses] have to stop, the slower they go, the more fuel consumption they have.” And too few routes go in a straight line on busy roads. They instead snake through neighborhoods, trying to get within walking distance of as many houses as possible, making getting from point A to point B on some high-traffic corridors ridiculously slow. “I call them spaghetti,” says Shammout, describing inefficient routes.

The Jarrett Walker and Associates team will work with Palm Tran to develop two redesign options to show to county commissioners early next year. Two maps will highlight redesigned routes. “We’re creating illustrations of what service could be, what a network could look like under different policies,” says Evan Landman, one of Walker’s staff working with Palm Tran.

The options come down to coverage versus ridership, says Shammout. Coverage emphasizes trying to draw routes to reach as many potential passengers as possible — similar to the status quo for most mass transit agencies. The ridership model emphasizes cutting stops, straightening lines and running more buses on popular routes. The ridership option won in Houston and Columbus.

But even with faster, more frequent buses, problems arose. Critics complained that some routes got worse. Bus frequency and coverage decreased in some neighborhoods to serve other places. If Palm Beach County chooses to try raising ridership, some people will lose service in their neighborhoods. A bus redesign in Baltimore, launched in June, prompted public protest about service cuts in some areas. However, the Maryland Transit Administration maintains that more residents now have access to better service, the Baltimore Sun reported in August.

To avoid upsetting too many passengers, Palm Tran plans to spend much of 2018 trekking across the county to solicit feedback on their plan, Shammout says, from the densely populated coastal cities built in the late 19th century, to the suburban neighborhoods built after World War II, to the remote towns 40 to 50 miles west of where most residents live.

Shammout says that the outreach will involve low-income communities, whose residents are most often disproportionately impacted by transportation access problems, but he didn’t name specific civic groups the agency might meet with.

“Whatever they do, they need to get buy in from people who ride the bus,” says Morris Carstarphen, president of a community group that covers a poor neighborhood in Delray Beach, one of the county’s bigger cities.

Many of the county’s poor or remote areas have large minority populations. Shammout notes that federal law prohibits race-based discrimination for programs that get federal money. “Just because we have low ridership, we still must provide equity,” Shammout says.

The plan that prioritzes boosting ridership would cut bus stops, many of which are less than a few minutes’ walk from one another. Fewer stops means faster buses, but the argument against this says fewer people have access to the route. Shammout counters that most renovations that involve reducing the number of stops only add a few minutes to pedestrians’ commutes. “I may have to walk more,” he says, “but I’m getting frequent service.”

A pro-ridership plan would also straighten lines. This means fewer buses would need to run on now-winding routes to keep on schedule. That could mean more buses available for the most popular routes. Buses could run every 15 minutes on them, says Palm Tran Director Clinton Forbes, who worked previously for the public transportation agency covering Columbus. No Palm Tran line right now has 15-minute headways all day.

As residents give their input, Palm Tran planners must consider a number of factors, Shammout says. How would moving a stop affect people nearby? How close will it be to nearby workplaces? How will it affect wheelchair users? That’s all well before a rollout that could include physically moving bus stops, retraining drivers on new routes, updating databases, printing new schedules, re-recording multilingual stop announcements, and other big changes.

Since Palm Tran’s overhaul is still in the early stages, no date has been set for when the new routes and schedules will launch. But if things go as planned, passengers could have a new system in late 2018 or early 2019, say Forbes and Shammout.

Chris Persaud is a freelance reporter and programmer in South Florida. He has written or programmed for Fusion, Bankrate, The Progressive and The Palm Beach Post. His website, RichBlocksPoorBlocks.com, maps out income and other demographic data in every U.S. ZIP code.

Follow Chris .(JavaScript must be enabled to view this email address)