Rethink Your Assumptions About “Coastal Homeowners” – Next City

Rethink Your Assumptions About “Coastal Homeowners” 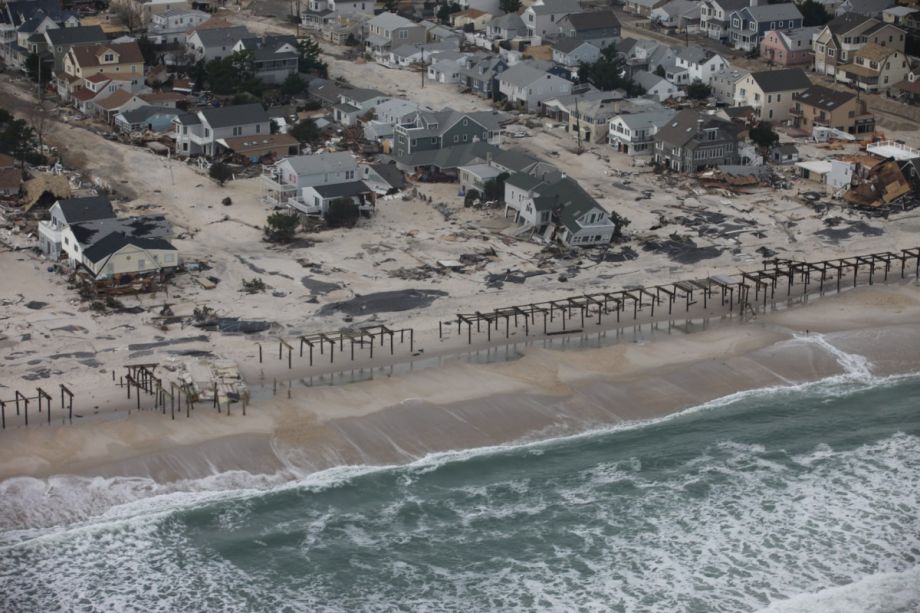 Through education and outreach, The Center for New York City Neighborhoods has been working to alert the public about how the increases — related to two federal acts regulating how federal subsidies in flood-prone areas are being phased out — disproportionately affect low- and moderate-income New Yorkers.

Their report “Rising Tides, Rising Costs: Flood Insurance and New York City’s Affordability Crisis” delves into the details about who is living in New York City’s flood zones, including a disproportionate number of middle-income civil servants and the elderly, compared to the city as a whole. Two coastal neighborhoods, Throggs Neck and Coney Island, have average incomes less than half the citywide average.

And the insurance burden is only becoming more widespread: Over 35,000 New York City buildings will be newly mapped into the floodplain when FEMA’s new flood-risk maps become official in 2017. I talked to the Center for New York City Neighborhood’s Christie Peale about the affordability challenges that climate change poses for many NYC neighborhoods.

The report suggests that new “means-tested subsidies” should replace blanket subsidies being phased out. Could you explain what that means?
The Biggert-Waters [Flood Insurance Reform] Act eliminated a whole series of subsidies for properties grandfathered into the National Flood Insurance Program [NFIP]. What the Homeowner Flood Insurance Affordability Act of 2014 [HFIAA], the subsequent federal act, did was to create a scale where rate of increase could [grow slowly toward] the fully adjusted risk rate.

What we’re trying to understand in partnership with New York City and the Office of Recovery and Resiliency and other partners is what the dollar-and-cents impact of the subsidy elimination is going to be on individual homeowners.

In addition, we’re going to work with the City to make recommendations to FEMA about the necessity and/or feasibility of other means-tested subsidy programs moving forward. That is definitely one of the options that we think should be considered depending on the results of the study and how we analyze, frankly, the foreclosure risk and displacement that would be triggered by the elimination of the subsidies.

Are you looking at solutions from other areas, like New Orleans or Florida?
This is a national issue. The subsidies are being eliminated across the entire country. The increases that I mentioned are happening everywhere, but our impact is extreme, because of our older housing stock. The other issue that we see here is that a very common way to mitigate flood risk, and therefore avoid the increase in your premium, is to elevate your home. In New York City, a lot of our dense, attached, masonry-constructed homes cannot be elevated.

Another alternative to mitigating risk — in addition to the possibility of a means-tested subsidy — would be looking at whether or not FEMA could adopt partial mitigation standards, which would allow a homeowner of an attached brick house to move their critical mechanicals to a higher level from the area of their house that is exposed to flood risk.

Another recommendation was to continue to expand targeted buy-out opportunities for people wishing to relocate. How has that gone so far?
In Staten Island, there are a number of communities that have vocally advocated for buy-outs through a state program. For the most part they’ve been able to speak with a consistent voice with their elected officials about identifying areas they feel should really not be rebuilt. They’re working with the state buy-out program, New York Rising. Some of the elected officials in Staten Island are saying that these buy-out zones create essentially a blueway, an extra buffer or another way to mitigate risk for folks who live farther from the shore.

I think there’s a lot of feeling that buyouts — when done appropriately, financed the right way, and when the community is engaged in the right way — can be really productive … . It does take a lot of community engagement and essentially one-on-one counseling with individuals to get them to understand what their individual situation is and where they’re options lie. That’s one of the reasons that we developed FloodHelpNY.

Since the publication of the report last fall, where have you seen the most forward momentum?
We’ve … seen more momentum around folks understanding that there really is an affordable housing issue, and it’s not an issue that’s impacting wealthy vacation homes for the most part. These are working-class folks. And in a lot of cases, they are not folks who were in the floodplain zone before; they didn’t have flood insurance, because they weren’t required to and now they are being mapped in and have to get up to speed really quickly.