Financing the Future of Cooperative Low-Income Housing – Next City 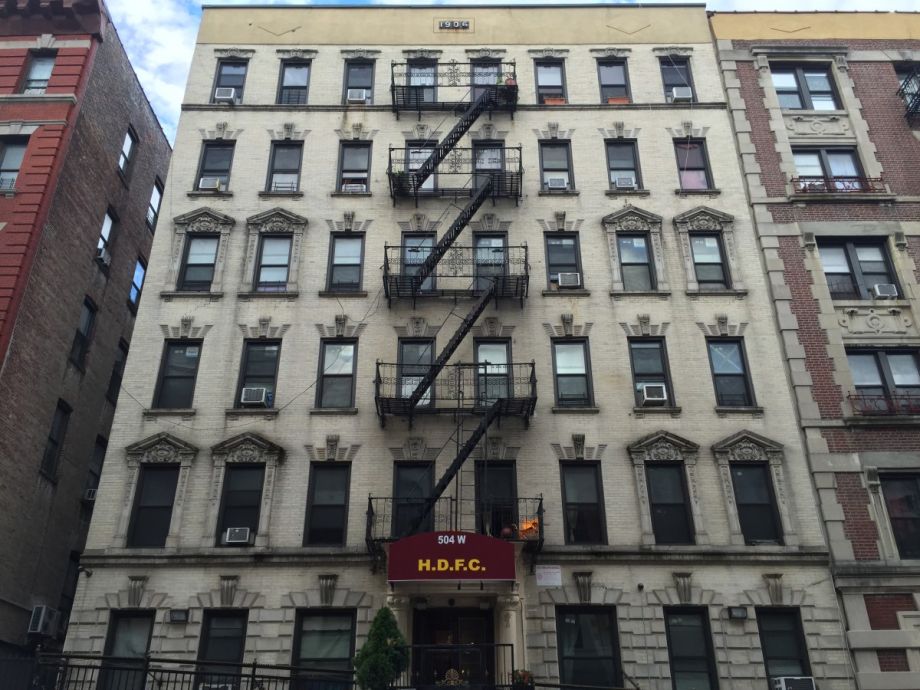 In the late 1970s and early 1980s, New York City went through a devastating financial crisis. Buildings in neighborhoods across the city were essentially abandoned by their landlords. In some cases, tenants banded together to take over managing their buildings. Clusters of such buildings emerged in some neighborhoods, including Manhattan’s Lower East Side, East Village, and Harlem. The city created the Housing Development Fund Corporation program, offering reduced property taxes to cooperatively-owned buildings reserved for low- and moderate-income residents, known as limited-equity cooperatives.

In a limited-equity cooperative, members buy a share in the development, which gives them the right to occupy one of the units. Members pay monthly fees to cover maintenance expenses and participate in decision-making around building management. To ensure that limited-equity cooperatives remain affordable, shares have restricted resale values and members must also fit income limitations. This arrangement can make limited-equity cooperatives more accessible to lower-income households than community land trusts or other affordable housing models. A recent study from the National Housing Institute found that 90 percent of inclusionary housing programs involving owner-occupied housing use some form of shared equity to preserve the affordability of units.

In the decades since many cooperatively-owned buildings were established, maintenance issues have piled up. For limited-equity cooperatives, it has proved especially difficult to find financing options because of their income restrictions and the relatively small sums involved, according to Harley Seligman at the National Cooperative Bank. Seligman recently negotiated a $300,000 mortgage and a $100,000 line of credit to enable the residents to carry out needed maintenance for a “small” 7-unit limited-equity cooperative in the East Village.

The City of New York still offers a range of financing options for limited-equity cooperatives and other low-income housing, but Seligman says the agreements can be cumbersome to combine with other financing. The city loans also require that buildings be up-to-date on water and sewage fees and property taxes, which isn’t always the case for buildings that are full of low-income homeowners. (Next City previously reported on a loan program to help low-income cooperatives pay off those debts.)

“It’s about economies of scale,” says Andy Reicher, who runs the Urban Homesteading Assistance Board, a New York City nonprofit that has provided property management training to co-op members since the 1970s. “It’s difficult for a lot of lenders to make much smaller loans of under a million dollars, [typically] a few hundred thousand dollars, that oftentimes limited-equity co-ops need.”

The scale challenge is even more apparent at the co-op unit level. Since limited-equity cooperatives house low-income households, most financial institutions have been reluctant to make loans to help aspiring members purchase a share. Units left vacant after someone moves out, or after someone passes away, mean money left on the table that could help pay for building maintenance needs.

“Over the past several years as we surveyed co-ops and spoke with co-op practitioners across the country, the need for small share loans for limited-equity co-ops was nearly universal,” says Reicher.

The nonprofit and the bank have joined forces to fill in the gap. At the end of October, the National Cooperative Bank announced that it was extending a $3.7 million line of credit to HomeOwnership Lending, LLC, a subsidiary of Urban Homesteading Assistance Board. The line of credit will allow HomeOwnership Lending to offer loans of at least $10,000 for 15-year fixed-rate terms to prospective limited-equity cooperative members earning between 30 and 165 percent of area median income — the eligible income band for NYC’s Housing Development Fund Corporation program. HomeOwnership Lending will also make loans to the buildings.

Reicher notes that the new partnership dovetails with Freddie Mac’s “Duty to Serve” plan. As Next City covered previously, both Freddie Mac and Fannie Mae have commitments to supporting shared equity housing as part of their congressionally-mandated Duty to Serve plans. Lenders like HomeOwnership Lending can sell their loans to Freddie or Fannie — getting back the loan principal and a share of the total interest, allowing them to make another share loan right away instead of waiting to get paid back over the 15-year loan term. (Known as selling loans on the “secondary market,” it’s the main way that Freddie and Fannie work to incentivize the private sector to make loans for specific purposes.)

“Freddie Mac is rolling out a product to encourage lending to [limited-equity cooperatives],” Reicher says, while also noting that Fannie Mae is working on a similar initiative. Seeing these institutions move into this niche, he said, “begins to provide some confidence to lenders that they can make these loans.”

For Reicher, the benefits of cooperatively-owned housing go beyond stable, affordable homes. For him, co-ops mean “practicing democracy at home,” which then expands to the larger community.

“Surveys have shown that there’s less crime and fewer drugs than in surrounding neighborhoods, that housing satisfaction is high, that co-op members tend to vote more than other people in their neighborhood, that they’re engaged in civic affairs,” Reicher says.