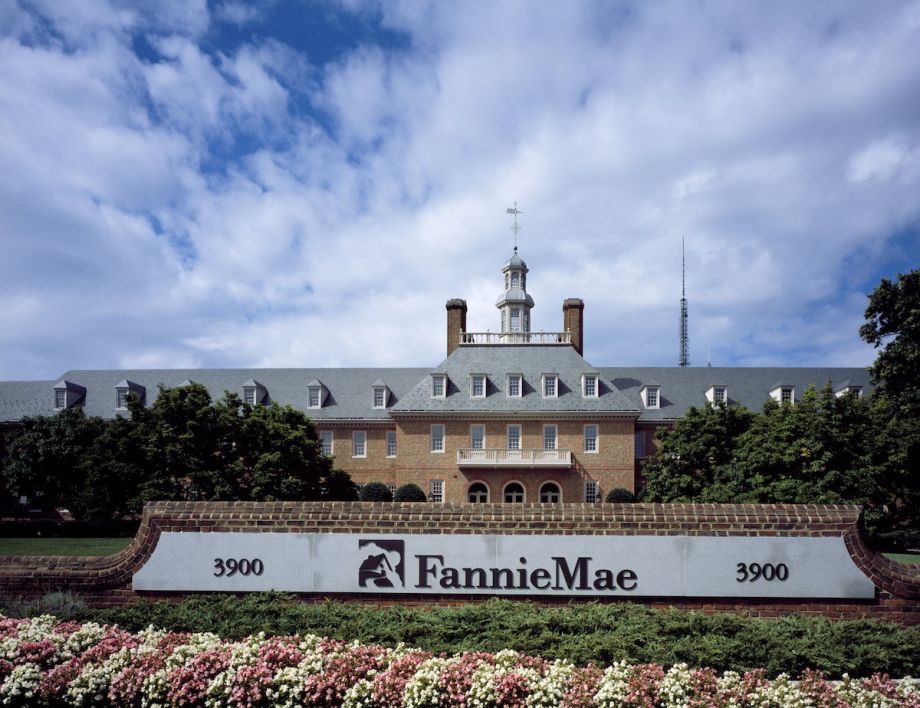 In the U.S. government’s great wealth-building machine, Fannie Mae and Freddie Mac are the most important cog. The 30-year, fixed-rate single-family home mortgage that has made homeownership possible for so many (but not all) would not be so dominant today without these two so-called government-sponsored enterprises.

A 30-year fixed interest rate mortgage to a single family feels like a risky proposition for a lender — and it especially did in the depths of the Great Depression. The government certainly wasn’t going to make all of those loans itself, so it needed to convince private sector lenders to lend.

Fannie Mae, created by Congress in 1938, incentivized banks and other lenders to make those loans by creating what’s called a secondary market. After banks and other lenders made those loans (for whites only at the time), they could sell them to Fannie Mae, or to Freddie Mac after it was created in 1970. Lenders instantly got back the principal plus some of the interest they would have earned by keeping the loan on their books for the whole 30 years.

Congress has since expanded the mandate of Fannie and Freddie to include multifamily rental housing. By creating secondary markets for specific loans with specific borrower standards, loan terms and loan purposes, Fannie and Freddie convince lenders to make certain kinds of loans in huge volumes, shaping the housing finance system the U.S. has today.

That’s why the proposed Underserved Market Plans from Fannie and Freddie are so important. Released this month, the first-of-their-kind, three-year proposed plans outline how each GSE will continue to shape housing finance around the country through loan purchase commitments, other financing products, new or clarified loan standards, lender training and education, and other commitments.

The Federal Housing Finance Agency (FHFA), which regulates Fannie and Freddie (and currently serves as their conservator since the subprime mortgage crisis), has invited public input on the plans.

Some of what each plan outlines has already been in place, but the Underserved Market Plans, also known as “Duty to Serve” plans, were required by the 2008 Housing and Economic Recovery Act. It took until December 2016 for the FHFA to finalize the “Duty to Serve” rules that required the plans. The agency then held a series of in-person and online listening sessions in January and February, taking testimony from affordable housing organizations, community development organizations, activists, banks and other lenders, green building groups, manufactured home builders, city agencies and other housing market players.

If Fannie and Freddie take that testimony seriously, the underserved market plans could help right the wrongs of the past — the “redlining” policies that prevented African-Americans and other minorities from accessing the 30-year, fixed-rate mortgages that helped median white household wealth reach $141,900, while median black household wealth languishes at $11,000.

“Redlining exists today when African-American groups, nontraditional participants I would say, cannot access the capital that is needed,” said Willie “J.R.” Fleming, executive director of the Chicago Anti-Eviction Campaign, at the FHFA listening session in Chicago.

Dawn Stockmo from the National Community Stabilization Trust also testified in Chicago, about the true cost of the 1.3 million vacant residential homes across the country, which are often concentrated in low-income neighborhoods.

“There’s a huge desire on the part of nonprofit housing development organizations to step up to the plate and do more but they need access to capital,” Stockmo said. “There is currently a credit desert which is forcing nonprofits to use high-cost lines of credit.”

Fannie Mae’s proposed plan commits the organization to reach out to nonprofits, community development financial institutions (CDFIs), and tribal/government-related organizations to better understand their needs. Fannie Mae would also commit, from 2018 to 2020, to purchase up to 750 loans originated for the purpose of acquiring or rehabilitating a distressed property by individuals, nonprofits and other mission-oriented entities. It’s not a huge volume on paper, but the goal over the three years would be to convince larger lenders that there are opportunities among these organizations that they’ve been missing.

Smaller developers, nonprofit or for-profit, are another missing market segment that federal regulators heard from during their listening tour.

“If we’re not a developer looking to develop a 250-unit property there’s really no financing options outside of [other] nonprofits who have dollars for financing, but typically those interest rates are a lot higher,” said Nikki Beasley, executive director of Richmond Neighborhood Housing, at a listening session in San Francisco.

Fannie’s proposed plan commits to design and expand an effective approach to make purchases of small multifamily loans from financial entities with $10 billion or less in assets and increase purchases of those loans. Freddie’s plan proposes creating or expanding a suite of tools to purchase or guarantee loans to smaller developers from small financial institutions, community banks and CDFIs, which the plan identifies as key sources of capital for smaller for-profit and nonprofit developers.

Increasing pressure from gentrification is another issue that the FHFA heard about during its listening tour.

Robert Burns is executive director of City First Enterprises, the parent nonprofit that owns a family of organizations including City First Bank. Burns, who is also board chair of Grounded Solutions (formerly the National Community Land Trust Network), testified about the role of community land trusts, housing cooperatives and other shared equity solutions as a bulwark against displacement of low- to moderate-income residents.

“The idea behind these programs is really around permanent affordability, which in this market in D.C., where we see rapidly escalating prices on a continuing basis and in markets across the country is incredibly important,” Burns said at a February listening session at FHFA headquarters in D.C.

Fannie Mae’s proposed plan estimates that shared equity programs, such as community land trusts and housing cooperatives, include around 800,000 housing units (rentals and owner-occupied) across the country. Both the Fannie Mae and Freddie Mac plans detail additional outreach and loan purchasing commitments for shared equity programs. Fannie Mae, which already has a community land trust loan purchasing program, commits in its proposed plan to purchase up to 1,050 shared equity loans over 2018-2020, as well as further lender outreach and education about making these kinds of loans.

“The big hope is, shared equity providers will now be able to attract banks, community banks, lenders who haven’t thought about lending to them before,” says Burns, whose organization is planning to help establish a new community land trust as part of the equitable development plan for the new 11th Street Bridge Park. “As we expand and do the land trust, we need more lenders to be able to do the first mortgage loans.”

Meanwhile, expiring subsidies are a ticking time bomb for affordable housing across the country.

Fannie Mae estimates there are around 5 million subsidized affordable housing units in urban as well as rural areas around the U.S., but an average of 240,000 units a year will see their subsidies expire from 2017 to 2020. Nearly all of those are either Low-Income Housing Tax Credit properties reaching the end of their 15- or 30-year compliance periods, or HUD Section 8 contracts expiring. (Not to mention more potential units lost due to potential budget cuts by President Donald Trump.)

To help counter those losses, both Fannie and Freddie propose to scale up the number of Section 8-secured or LIHTC property-secured loans purchased over the three years of each plan. In other words, they hope to give more lenders incentive to make more loans to developers who choose to renew Section 8 contracts or pursue new LIHTCs for affordable housing preservation, instead of letting contracts expire or cashing out of LIHTC properties and allowing those units to become market rate.

The public input period ends on July 10, and the earliest the finalized plans could go into effect would be January 1, 2018.