U.S. Gov’t. May Get More Serious About Cyclist/Pedestrian Deaths in 2016 – Next City

U.S. Gov’t. May Get More Serious About Cyclist/Pedestrian Deaths in 2016 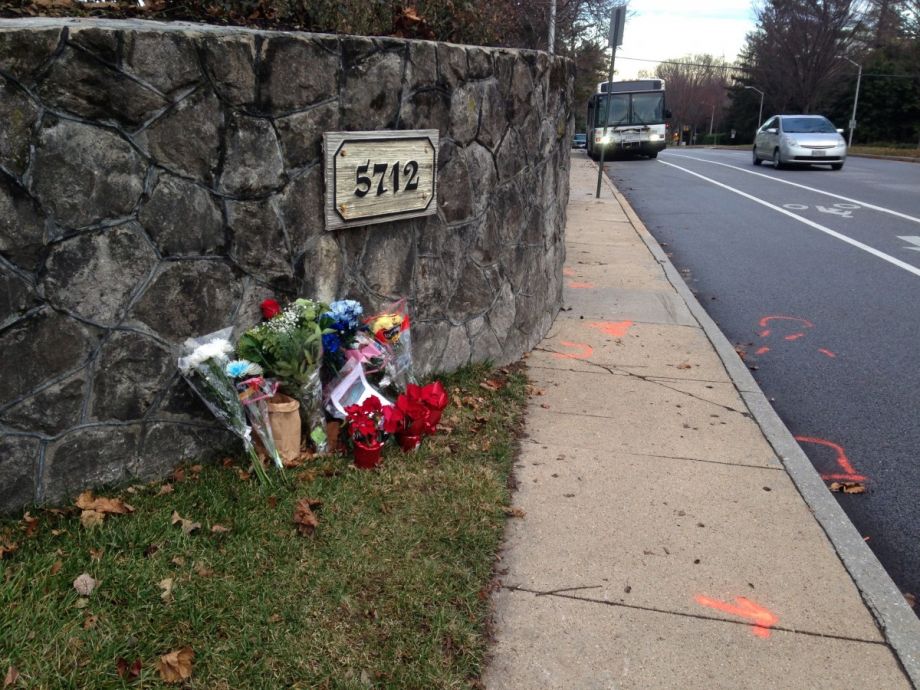 Flowers at the scene of a fatal collision between a car and bicyclist in Baltimore (AP Photo/Amanda Kell, File)

In December 2014, U.S. Representatives Rick Larsen, Eleanor Holmes Norton and Peter DeFazio voiced concern that the number of pedestrians and bicyclists in the U.S. being seriously injured or killed was on the rise, while traffic deaths and injuries as a whole were declining. More specifically, they worried that over-engineered roads meant to help cars move faster were a leading cause. To see if their suspicions were true, they commissioned a Government Accountability Office study.

In the period from 2004 to 2013, total traffic fatalities decreased by about 24 percent. But the number of bicyclist and pedestrian deaths increased from 1.9 and 10.9 percent of total traffic fatalities to 2.3 and 14.5 percent of the total, respectively. Part of that increase can simply be attributed to there being over a million more people commuting by foot and bike now than there were a decade ago.

In 2013, crashes from distracted driving led to the deaths of 480 bicyclists, pedestrians and other non-motorists, which is about 15 percent of the total distracted driving deaths for the year. The report does not have statistics about distracted walking and biking, but notes it could be a factor.

The report provides surprisingly little data on how much road design contributes to pedestrian and bicyclist deaths, despite being the central question behind its commissioning.

GAO says, “According to Federal Highway Administration (FHWA) officials, the purpose and goal of street design in the United States for decades was, in general, to move motor vehicles from their origins to their destinations as expeditiously as possible, and this design may have overlooked the needs of pedestrians and cyclists.”

They also acknowledge, “Wider, straighter highways could lead to motorist speeding, which not only increases the likelihood of crashes with a pedestrian or cyclist, but also the probability that those crashes will cause death or a serious injury.”

Caron Whitaker, League of American Bicyclists’ vice president of government relations, says it’s one of the shortcomings of the report. “We had hoped the report would have addressed the 85 percent rule — the common road engineering standard that sets speed limits at the rate 85 percent of drivers would use under regular conditions.”

Similarly, Larsen says he would have liked to see the report dig more deeply into road design issues.

Part of the reason there’s little data in the report about how road design is killing bicyclists and pedestrians is that there’s been very little collected about bike and ped fatalities in general. GAO says one of the major barriers to improving road design is a lack of data with which to benchmark safety work.

Larsen says the GAO report will help move the issue forward though. He explains, “The report is another step toward understanding safety issues for cyclists and pedestrians and taking action to protect these road users.”

And though Whitaker is disappointed in the lack of information about design and speed and the report’s lack of policy recommendations, she says, “The League very much appreciates Reps. Larsen, DeFazio and Norton asking for this report and asking the question of why these fatalities were rising.”

But Larsen wants to see more action and more funding for safety initiatives. He plans to use this report as a jumping-off point to introduce a new measure next year that would require more national-level data collection about bicycle and pedestrian safety.

“We need to think about bicyclist and pedestrian safety more holistically,” Larsen explains. “The federal government can do more to help fund well-planned, well-thought-out bike-ped safety projects. The U.S. DOT can help better define how to address safety by providing more data on a national level. FHWA ought to be thinking about road design standards and improvements for keeping all road users safe, including bicyclists and pedestrians.”