Cities Have a Role in Making Sure “Local Food” Is Local 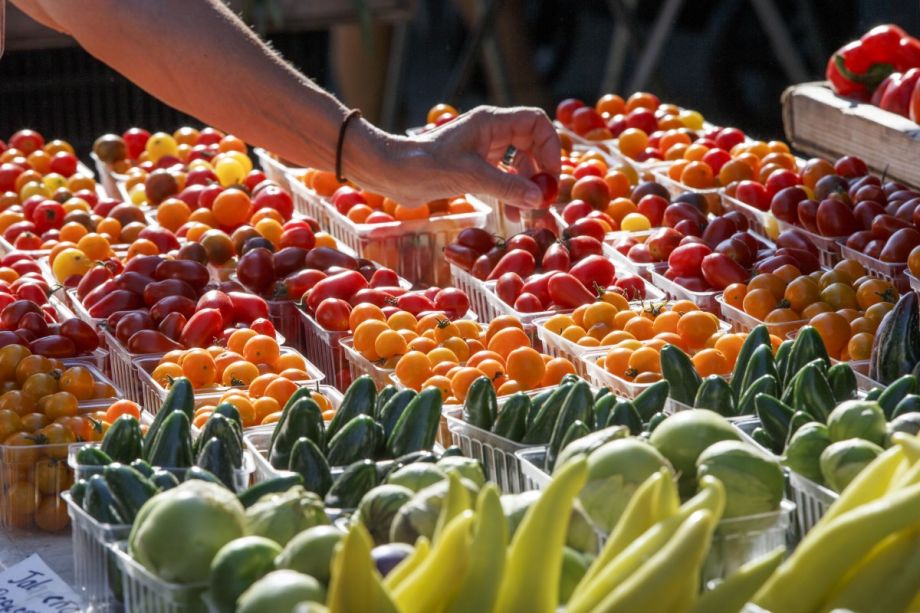 From open-air farmers markets to community gardens to farm-to-table menus, the local food movement has been a powerful catalyst in urban placemaking. It’s an elegant and seemingly all-encompassing formula, a way to at once connect residents and tourists to the local ecosystem, cultivate accessible healthy eating, contribute to economic vitality, minimize the carbon footprint, and serve as a nexus of urban beauty and community.

But all is not as it seems.

Laura Reiley, the food critic at the Tampa Bay Times, recently delivered a riveting two-part series called “Farm to Fable” that hones in on the specious claims of “local food” at restaurants and farmers markets. She took samples from restaurants that were celebrated for their seasonal menus, and submitted them to scientists for testing, and she visited the small farms that many restaurants claimed, in pretty chalkboard lettering, to be partnering with. “Fiction started seeming like the daily special,” she found.

At farmers markets, Reiley discovered that actual farmers — as opposed to resellers — tend to be few and far between. In the Tampa Bay area, after several weeks of visiting markets, she counted 346 vendors, many of them selling in several different markets. “Of that number,” she wrote, “only 16 sold their own produce, honey, eggs, meat or dairy. Plenty of wind chimes and hot sauces, but less than 5 percent represented Florida farmers growing their own food.” In fact, the colorful fruits, vegetables and leafy greens on display typically come from “Mexico, Honduras, Canada,” and represent the glut of food that local grocers have already passed over.

When Reiley asked one vendor directly if her wares were local, she was told they were. But upon noticing asparagus and apples on the table, which are atypical to Florida growers, she asked more questions. The seller swiftly backpedaled. “In 40 seconds, Lee Farms went from growing everything to growing nothing.”

Reiley’s in-depth report on how and why “local” is used as a marketing label to mislead well-meaning people has implications that go beyond Florida’s Gulf Coast. Unlike the word “organic,” the U.S. Department of Agriculture has no criteria for defining “local.” And there are strict limits to local food: It’s difficult to give up the wealth of choices and lower costs that consumers raised on supermarkets have come to expect. Efforts to simultaneously provide food that is cheap, diverse and “local,” is what leads to markets dominated by resellers, who often make false claims about the provenance of their food, rather than farmers.

While disheartening, the Tampa Bay Times story is an opportunity for city officials, market directors, state commissions like the “Fresh From Florida” initiative, and citizens to make sure that their local food efforts are not just a superficial gesture, but an actual recalibration of the relationship our cities have with food. That means finding a better way to vet vendors and markets, ensuring that the claims they make are truthful. The farmers markets in the Chicago area have experimented with a model for this by requiring prospective sellers to list their products along with information on where and how they are grown, and by having sellers sign an affidavit that promise that 75 percent of their products are “grown and produced by the vendor.”

Not only will this enhance the credibility of the market, but it will also help support the actual small farmers who participate in them; they often have been at a disadvantage with their smaller stands, which look skimpy next to the displays of abundance by resellers. And, as NPR has reported, selling at markets tends to be a great deal of work for very small profits. It’s more cost-effective for them to find other channels to distribute their food, like food hubs and farm-to-school programs. The latter has continued to skyrocket, even as the growth of farmers markets has stabilized: up 436 percent between 2006 and 2015.

There should also be an ongoing inspection into misrepresentation, with real consequences for those that violate clear standards. Vendors that are acting in good faith might experiment with new methods of transparency so that customers can see how they work. As an example, Reiley cites the “ingenious fish tracing program” called TRACE from Sammy’s Seafood, a wholesaler in St. Petersburg. It tracks the boat, captain and catch date of the fresh-caught food on the menu, so that customers can look it up on their phones while sipping the house wine.

Educating citizens about what food actually grows locally — and when — is also crucial; it will empower people to ask better questions and make better choices. The consumer guide that Reiley wrote to accompany her Times series is a good model of how to do this.

In the end, this is an opportunity to seize the popularity of “local” and turn it into something real. The effects will not just impact our local farms and dinner tables, but also the broader relationship that citizens have with their cities. After all, as architect and author Carolyn Steel has pointed out in her TED Talk, our urban spaces are not separate from the natural world. “We live in a world shaped by food,” she said, “and if we realize that, we can use food as a really powerful tool — a conceptual tool, design tool, to shape the world differently.” When we, as citizens and city leaders, think of local food more as a label than as a substantive policy, we miss the opportunity to manifest the best the movement has to offer.