Experimental Theater Pushes Boundaries to Preserve Itself – Next City 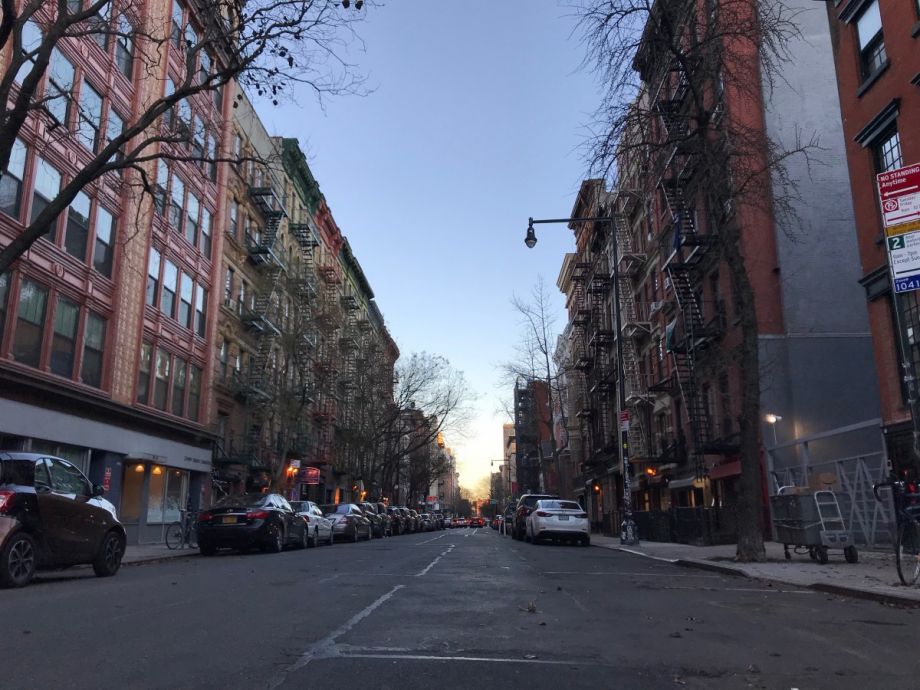 In Manhattan’s East Village, there is a block of East 4th Street that contains just about everything New Yorkers are afraid their city is losing.

The affordable apartments in the five- and six-story pre-war buildings along the block are home to many artists and their families. Some have lived on the block for decades; some have moved in more recently. At street level, mom-and-pop shops sell guitars, prints, and therapeutic fragrances; there’s the Fourth Street Food Co-Op; and arts organizations that for decades have served the artists on the block and from all around the world, providing affordable spaces for studios, exhibitions and performances.

Founded in 1961, La MaMa Experimental Theatre Club is the geographic, economic, and cultural heart of the block, putting on 50 to 60 productions annually, providing opportunities for some 1,500 directors, writers, performers, costume and set designers, and other professional artists a year, not to mention its youth and community programming. In its 2011 obituary of founder Ellen Stewart, the New York Times called La MaMa the capital of “Off Off Broadway.” The theater’s experimental productions, while earning it the 2018 Regional Theatre Tony Award, have never made much money for the theater itself. But that was never the point.

The East Village, meanwhile, has become a posh location for many seeking to associate themselves with the neighborhood’s artsy reputation — but the influx of big spenders has come at a cost. The average East Village studio apartment currently rents for nearly $3,000 a month, according to RENTCafé. Cultural institutions have struggled to survive amid the changes.

The legendary folk and punk rock club CBGB — an East Village landmark — held its final show back in 2006, after a bitter rent-hike dispute. Grassroots Tavern, a landmark dive bar and gathering place for community organizers, was one of a smattering of long-running establishments that said goodbye in 2017. The Village Voice, around the corner from this block of East Fourth Street, stopped printing in 2017 and published its last online story earlier this year.

But this particular block of East Fourth Street has found ways to defend itself against the dark arts of real estate investors. Across the street from La MaMa, a stretch of buildings form the core holdings of the Cooper Square Community Land Trust, a nonprofit entity created specifically to own the land and keep the buildings on it permanently affordable for residents and commercial tenants. Meanwhile, La MaMa itself owns the two properties it occupies on the block, and this fall it launched its first-ever capital campaign to renovate and maintain its facilities for the next generation of artists.

“There’s been a real influx of high-powered real estate in this neighborhood, and it continues, which is why securing these buildings now is so crucial, because how do you withstand that kind of pressure?” says Fulham.

Like the performances that take to its stages, La MaMa’s capital campaign also pushes boundaries.

Phase one of the capital campaign involves a $17-million renovation of La MaMa’s building at 74 E. 4th Street, its first permanent home, which Ellen Stewart acquired in 1967. Most of the current 10,500 square-foot structure dates to 1873 and some parts of the building are much older than that. The cost covers a restoration of the façade to its original appearance, a completely new first-floor lobby, a revamped club-style second floor theater, and a conversion of the third and fourth floors (which once housed the theater company’s offices as well as Stewart’s personal residence) into indoor and outdoor spaces for youth and community programming. A new elevator and other tweaks will make the building 100-percent compliant with the Americans with Disabilities Act.

To cover the cost, La MaMa has raised $4.5 million in capital campaign pledges so far, as well as $12 million in city funding. And yet, though Fulham is grateful for the city funding, and she lavishes praise on the NYC Department of Cultural Affairs, the fact is the city doesn’t provide any of that cash up front — instead, it gradually reimburses projects as they turn in the receipts showing they’ve have reached certain milestones. The process is intended to prevent corruption and loss of taxpayer dollars.

To get the renovation going while waiting for pledges and city dollars, La MaMa needed some capital up front. Banks weren’t interested in lending — even with an international reputation in the arts world, a fifty-year-old community arts organization doesn’t quite fit any of their profiles. Also, under the terms of funding from the City of New York, if La MaMa sells the property because it’s gone belly-up or for some other reason, any city dollars used to renovate that property have to be repaid to the city before paying off any other debts. There wasn’t a bank La MaMa could find that was okay with being put in that position.

Meanwhile, Fulham explains, La MaMa’s established donor base is mostly tapped out supporting the organization’s annual operating expenses. It’s hard to go back to them to ask for even more cash.

To fill the gap, the theater company has found yet another way to push boundaries.

La MaMa’s 74 E. 4th Street project is benefiting from the growing practice of wealthy investors, smaller foundations, and donor-advised fund managers finding ways to invest capital for measurable social goals in addition to earning a financial return — what’s also known as “impact investing.” While there’s a case to be made that maybe cities should provide at least some of their promised cash up front for projects such as these, there’s an opportunity in 74 E. 4th Street to invest dollars that would otherwise be invested in conventional stocks and bonds.

Consider donor-advised funds, which are dollars given away for tax benefit now, but held in safekeeping to be distributed later as grants to nonprofit organizations. In 2016, there were around $85 billion held in nearly 285,000 donor-advised funds across the United States, most of it invested in conventional stocks and bonds. And that pot is growing — in that same year, donor-advised funds distributed nearly $16 billion in grants, while taking in an additional $23 billion.

The Local Initiatives Support Corporation (LISC) pooled investments from two donor-advised funds along with direct investments from wealthy individuals — the minimum investment amount is $100,000 — and from foundations and other sources to create the NYC Inclusive Creative Economy Fund. LISC, in turn, is using that fund to extend La MaMa a $3.2 million revolving line of credit to support the renovation of 74 E. 4th Street, giving the theater the cash it needs to get the project going.

Other projects in the new fund’s pipeline include loans to nonprofits building and maintaining floor space for small-scale or light manufacturers from Brooklyn to Queens to the South Bronx.

As Marks explains, managing this kind of fund still depends on philanthropy subsidizing the model. “Because our model is subsidized with philanthropy, we can afford to take on the deals that may not have the financial upside, be too small or too complex, take a long time to underwrite, or working with an organization that’s never borrowed money before,” he says.

Until this $3.2 million line of credit from LISC, Fulham says La MaMa had only taken out a few relatively tiny short-term loans to finance much smaller projects, all of them paid off at this point.

By one count, there are now around 100 similar impact investment funds around the world that are focused on the creative economy. Only 20 percent of those have a specific strategy for inclusive economic benefit.

“Low- and moderate-income communities are always core to what we do, so we do get a lot questions about how we’re keeping true to our mission of serving those communities as we are rolling this out,” says Marks. “So we want to say up front, this is about job opportunities for low-income, low-skill New Yorkers.

LISC worked with Upstart Co-Lab, a national organization that connects artists, entrepreneurs and investors, to develop the concept and marketing strategy to raise investor capital for the NYC Inclusive Creative Economy Fund.

But one of the most important marketing assets is LISC itself, which has invested more than $18 billion to build or rehab 376,000 affordable homes and apartments and develop 63 million square feet of retail, community, and educational space around the country since 1979. Over that period, LISC itself has borrowed and repaid $1.6 billion in full and on time. All of the above has helped to earn LISC an “AA” rating from Standard & Poors — one of six community development lenders to earn a rating so far from one of the “big three” ratings agencies that are relied upon by mainstream wealth management firms to assess investment risk.

LISC’s “AA” rating helps break the ice with new investors, as well as the various gatekeepers and financial advisors who help to manage all that money, Marks says. That’s also a new asset to cultural and creative economy institutions such as La MaMa.

“LISC’s involvement is crucial, it’s the lynchpin in terms of the project financing,” Fulham says.

Tags: new york city, culture, cdfi fund, for whom by whom, impact investing