100 Percent Electric Bus Fleet on Its Way in Chinese City 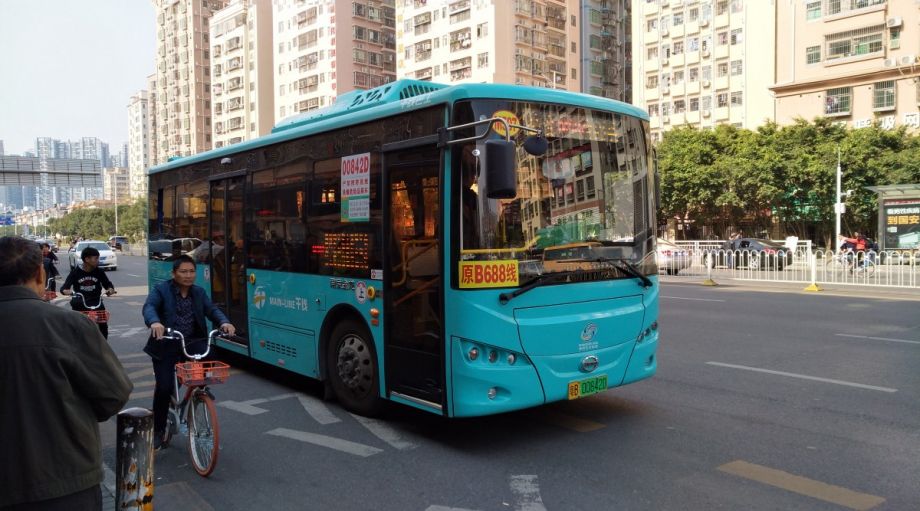 In October, the mayors of Los Angeles, Mexico City and Cape Town were among a group of 12 urban leaders who vowed to buy only zero-emission buses starting in 2025. The city of Shenzhen, China, however, is putting them all to shame. By the end of 2017, Fast Company reports, Shenzhen’s entire bus fleet will have shifted from diesel to electric.

According to the magazine:

The scale of the endeavor makes it even more impressive. The largest bus fleet in the U.S., in New York City, has around 5,800 buses. Shenzhen has more buses than New York and the other top five bus fleets in the U.S. – in New Jersey, L.A., Chicago, and King County, Washington (home of Seattle) – combined.

Shenzhen began transitioning its 16,000 coaches to electric in 2011, a shift that was heavily subsidized by both the national and local government as part of an effort to solve the country’s deadly smog problem. It was also part of a broader push to make China a leader in clean energy vehicle manufacturing. Shenzhen-based electric bus manufacturer Build Your Dreams is among the largest lithium-ion battery manufacturers in the world (charging past Tesla in 2016), and it produced about 80 percent of the city’s new fleet.

The U.S. market is obviously far behind — according to the magazine, only 300 buses out of 65,000 total are currently electric. As Next City has covered, some promising innovations have been made. In September, electric bus manufacturer Proterra made headlines when one of its buses drove 1,101.2 miles on a single charge. One of the main barriers toward wider adoption, however, is the cost of a Proterra bus.

“That has traditionally been their problem: They sell an extremely premium bus that only tends to be purchased when municipalities have grant money,” Sam Jaffe, founder and managing director at the energy consultancy Cairn ERA, told Quartz in September. “That’s not a sustainable business model.”

The prices for lithium ion batteries have dropped sharply since 2010, however, and the steeper upfront cost of an electric bus does level out over time compared to costly diesel. Still, if the U.S. is serious about slashing emissions (a definite if under the current federal administration) it could learn a thing or two from Shenzhen, particularly regarding subsidies.