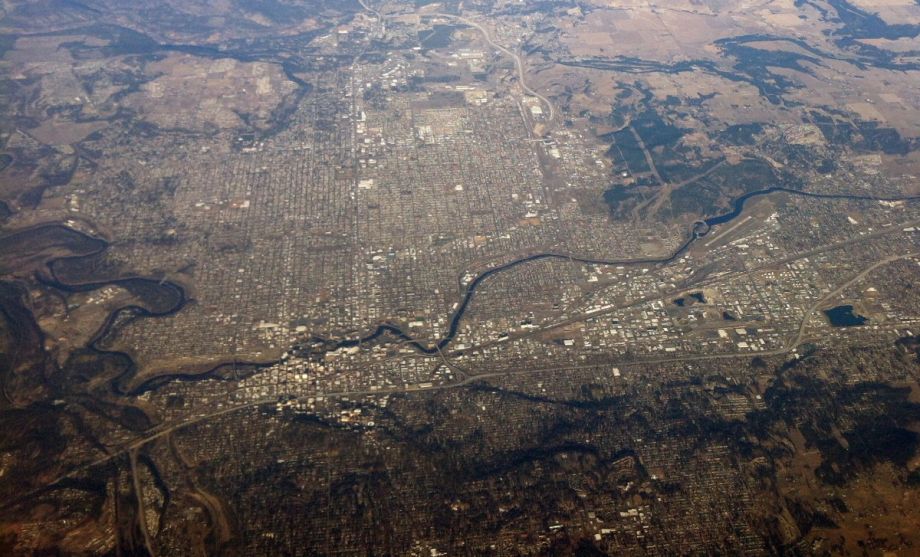 The first Every Place Counts workshop, part of a U.S. DOT initiative to reconnect communities severed by mid-century highway building, kicked off in Spokane, Washington, Thursday. Over the course of two days, local officials, business leaders and residents will receive technical support from transportation officials and urban designers to reimagine the area where I-90 cuts through the city. Spokane was one of four cities the DOT announced in June would receive this support, along with Philadelphia, Nashville and Minneapolis-St. Paul.

The damage that highway building wrought on communities — largely poor, largely of color — has been a driving issue for U.S. DOT Secretary Anthony Foxx, who saw the impact firsthand in his hometown of Charlotte, North Carolina. Foxx began a lecture at the Center for American Progress in April, “I’d like to talk with you today about how transportation can help or hurt places. And how the growing gaps between the wealthy, the poor and the middle class have been exacerbated by our transportation system.” He went on to explain how the interstate highway project, touted as a way to facilitate movement, in fact created opportunities for some at the expense of others. “We now know — overwhelmingly — that our urban freeways were routed through low-income neighborhoods,” he said. “Instead of connecting us to each other, highway decision-makers separated us.”

Foxx announced the launch of the Every Place Counts Design Challenge in May. Cities were eligible to apply if they had a transportation project already in the works that had the potential to reconnect people to essential services like health care or schools that has been cut off by existing infrastructure. In Spokane, the construction of I-90 in 1968 not only gutted a historically working-class neighborhood, but also destroyed a Frederick Law Olmstead park by taking 26 of its 28 acres. Now, with a new multi-modal corridor that connects to I-90 under construction, the city is using the DOT support to mitigate the new North Spokane Corridor’s negative impacts and to increase connectivity along I-90.

Winning cities didn’t receive funding from the DOT. Foxx said the goal was to increase the visibility of the problem, and leverage that new attention into public and private funding already available for transportation projects. “The problems we’ve identified were in the bloodstream of our transportation system from the beginning,” Foxx told CityLab. “The solutions are also in the bloodstream.”