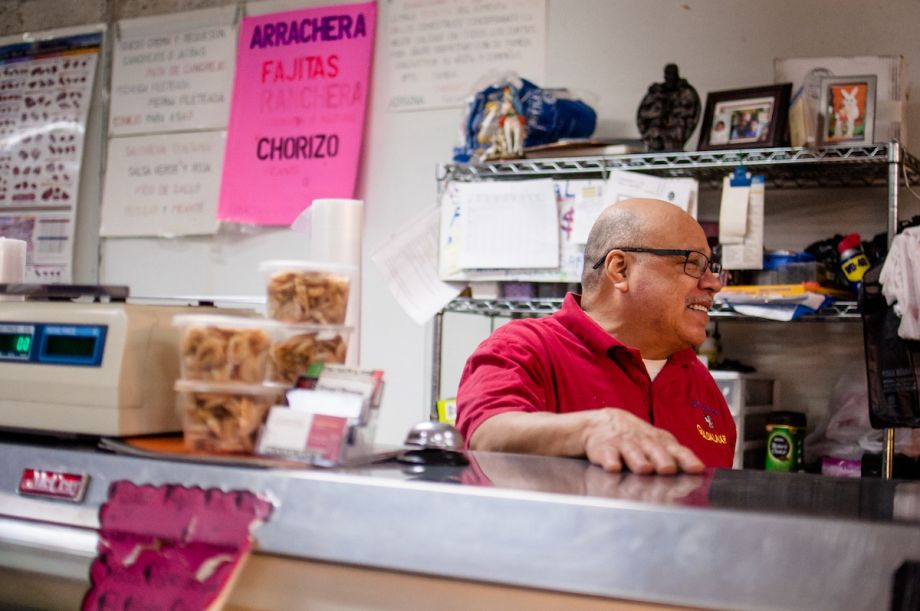 When Salvador Enriquez moved to Detroit in 1999, much of the city was still bleeding residents.

But not in Southwest Detroit.

Instead, the mostly Latino neighborhood was experiencing growth as immigrants, from Mexico, Central America and the Caribbean, were drawn to the region for its low cost of living relative to other parts of the U.S.

The new Detroiters were carving a more accessible route to the American Dream — buying homes and opening up businesses in Southwest — while other parts of the city were grappling with an exodus of investment and population.

Enriquez wanted in. He had previously lived in Carson, California, a suburb of Los Angeles, where he had immigrated after leaving his hometown of Guadalajara in the Mexican state of Jalisco.

When he got to the Michigan city, he noticed there was something missing in his new neighborhood: a traditional carniceria.

Like others who came before him, Enriquez started his own business, a Mexican butcher shop. He drew on his knowledge of meat, developed at the age of 9 thanks to a butcher in Guadalajara and his abuela’s cooking, to open Carniceria Guadalajara.

He started with a modest meat case within an existing grocery store, but before long his counter became a staple in the neighborhood. His specialties include chorizo using his grandmother’s recipe, chicken fajitas and arrechera-style marinated skirt steak, perfect for carne asada cookouts.

“I use all seasoning from my family’s special formula,” Enriquez says of his marinades. “We don’t use strong spices and we never use trimming.”

Enriquez is ready to expand and, in part owing to a renewed interest by policymakers in cultivating the contributions of the region’s immigrant population, he will. He and his daughter, Adriana Hernandez, are getting ready to open a standalone, 2,900-square-foot market space.

For years, Michigan Governor Rick Snyder, Detroit Mayor Mike Duggan and other local and state officials have been looking to southeast Michigan’s immigrant population as a means for rejuvenating the economy.

In 2009, Global Detroit, a nonprofit advocacy group, studied the economic impact of the region’s immigrant population to inform policymakers on where to focus their economic development efforts, says Steve Tobocman, the organization’s director.

Among the findings: Michigan’s foreign-born residents were more than three times as likely as non-immigrants to start a new business between 1996 and 2007.

The study led Global Detroit to call for improving the connection between the region’s established immigrant community and resources to sustain neighborhood revitalization.

By 2011, a growing number of business development programs were emerging in Detroit, like the Build Institute and TechTown. But not all were geared to serve the needs of immigrant entrepreneurs, Tobocman says.

Global Detroit staffers looked to models in other Midwest cities that had proven successful in reaching immigrant populations and came across the Neighborhood Development Center in the Minneapolis-St. Paul area.

The Neighborhood Development Center was founded in 1993 with a philosophy of “building neighborhood economies from within.” Its founding president, Mihailo Temali, had worked to revitalize commercial corridors in St. Paul that, in the 1980s, had started losing independently owned storefronts with the rise of big box stores in the suburbs.

Temali’s philosophy: Invest in the residents who remained in the community. The Neighborhood Development Center has gone on to provide training courses in several languages to help owners develop business plans, provide lending, and connect entrepreneurs with services like bookkeeping, graphic design, and marketing and sales.

Global Detroit was also part of a collaboration that helped to create ProsperUS Detroit.

ProsperUS Detroit provides entrepreneurship training and development, with a particular focus on low-income immigrant and minority neighborhoods. Entrepreneurs who fit this demographic can enroll in a 20-week boot camp, which, like the Neighborhood Development Center, helps with business plan development, provides participants with one-on-one coaching and provides character-based microloans. Information is available in English and Spanish and soon will include Arabic and hopefully Bengali, says Tobocman, to cater to Detroit’s growing Bangladeshi community.

Recently, Global Detroit has shifted its focus to policy, and connecting the dots between business owner and existing resources.

The nonprofit helped with outreach for the NEIdeas Challenge, which provides funding to businesses for expansion in Detroit and neighboring Hamtramck and Highland Park. In the most recent round of the challenge, about 10 percent of all applicants came from immigrant- or ethnic-owned businesses and made up 15 percent of all finalists.

Raquel Garcia, a longtime community organizer, works with Global Detroit and others to reach those businesses. One of the biggest challenges is a lack of awareness.

“We know that a lot of outreach is in English, online or on Facebook, so it’s not reaching everyone with the same weight,” Garcia says. “Often when I’ve asked [Spanish speakers] how they get their news, it’s Univision, which is international.”

Some recent neighborhood canvassing led to the Carniceria Guadalajara expansion. An organizer encouraged the family to apply for an NEIdeas grant.

Adriana Hernandez says she joined her father’s business in 2002. Then a young mother, she had stayed behind in Southern California when Enriquez moved to Detroit. When he insisted she help him with the business, she and her family made the move too.

Since then, she’s immersed herself in all aspects of the business, from bookkeeping and customer service to taxes and butchering. She also enrolled in that ProsperUS Detroit class.

The family didn’t win that first time they applied, but the outreach organizers kept in touch and let them know about other opportunities. In 2016, they applied again. This time around they won $10,000.

Then came a $50,000 grant from Motor City Match, which connects business owners looking to expand with available real estate space.

“Every time he’s moved to a different location, he outgrows it,” says Hernandez. “I told him, ‘It’s time to have our own building.’”

That will soon be a reality. Once some lingering electrical work is completed in the coming weeks, the butcher shop — complete with a hot food station and dining area, where customers can enjoy an affordable meal — will open its doors.