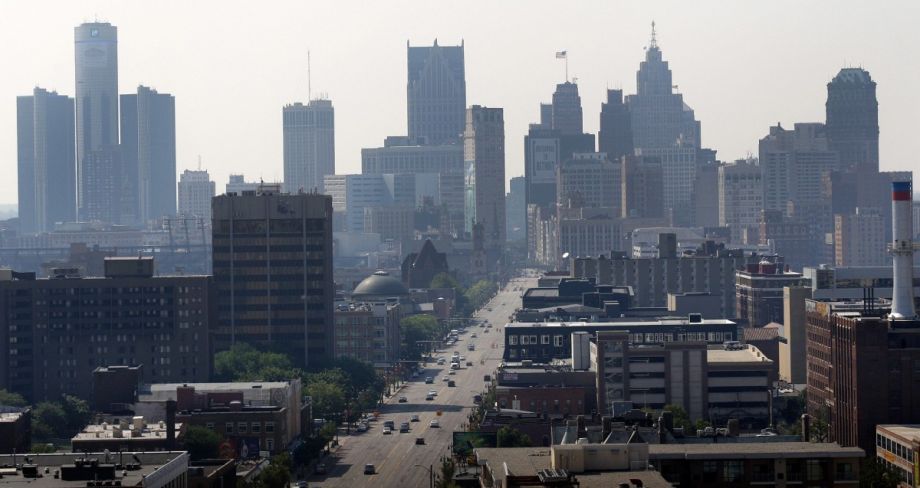 Detroit’s narrative — like that of so many cities — is dominated by the white flight-induced city-suburb split. But as a new report from the Urban Institute points out, the outward migration that’s been ongoing since the ‘50s is expected to shift in coming decades, with a return to growth in Detroit and slower upticks throughout the surrounding counties. For policymakers, the researchers state, that shift is an opportunity to begin planning efforts around housing with a regional, rather than city-by-city, or county-by-county, lens.

And, unless they’ve been hiding under a rock for the last decade, those officials are no doubt aware that the Detroit area has what you might politely call “some serious issues” in the housing category, from gentrification in the downtown core to the ugly re-emergence of redlining in the city’s inner-ring neighborhoods. In “Southeast Michigan Housing Futures,” the Urban Institute calls out three trends that policymakers will need to pay heed to in crafting a comprehensive regional plan, including an aging population, an increased demand for rental housing and the fact that Detroit’s black population suffered disproportionately from the housing crisis. 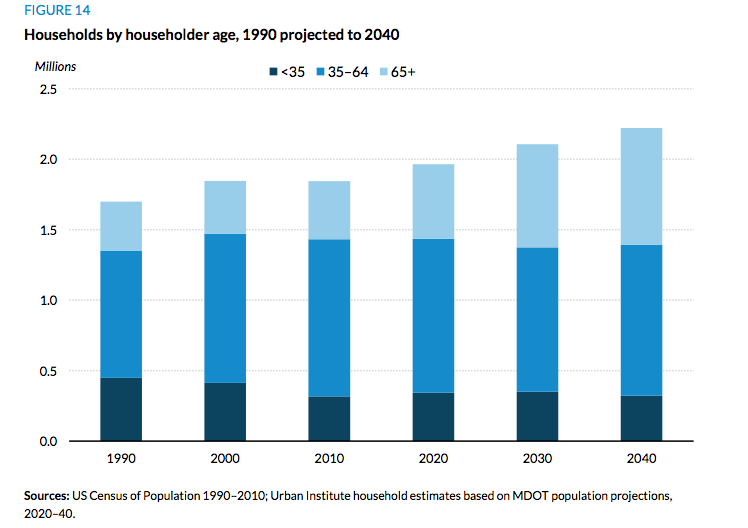 “As the baby boomer generation ages, the entire United States is expected to continue getting relatively older,” the report states. “This relative aging is exacerbated in the Great Lakes because of the relatively fewer births and net out-migration into other parts of the country.”

The policy-related challenges this aging will pose are somewhat obvious, including changing health-care demands and the need to replace wage income with retirement assets. In the Detroit metro, housing is expected to be a major issue as people age in place en masse, especially inside the city limits, where housing stock is generally older and in worse repair. And migration out of the city — and into the county — is another past trend that could have implications for seniors, as suburban dwelling strands them away from essential services and limited public transit.

2. Renters on the Rise
Southeast Michigan’s uptick in renters also mirrors national trends, and can be partially traced to the housing collapse (Next City has covered the challenges with securing a mortgage in Detroit here and here). But it’s also due to other factors, like the tendency of millennials to have children later in life. And while the region’s senior-headed households are more likely to own homes, the sheer number of seniors led to a net gain of 20,000 senior rental households between 2000 and 2015, according to the report. 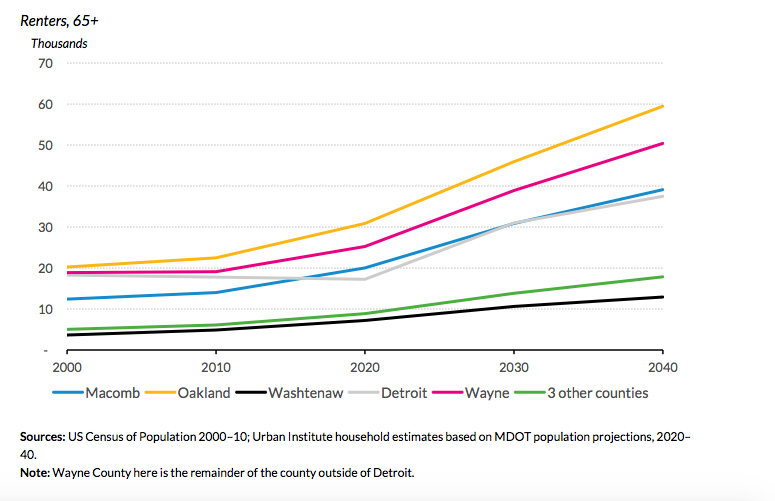 3. Declining Black Homeownership
One final trend that the report urges officials to pay attention to is a decline in black homeownership rates and the “disruptive impacts” of the housing crisis on the region’s African-American households. 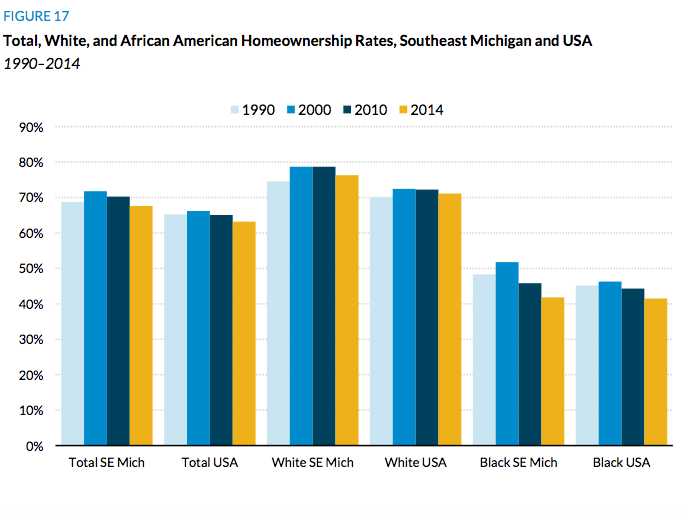 Homeownership has long been a way for people to build wealth, ensure stability and expand choice for families. The narrative that has arisen in recent years is that the late 2000s housing crisis arrested long-term increases in homeownership. … The trends obscure the distinct experience of African-Americans, who were especially hard hit by the foreclosure crisis, with homeownership gains in the decades before 2000 completely wiped out by 2015. During the 2000s, African-Americans were more likely to buy closer to the bubble’s peak and to take on subprime loans, so when the market collapsed, they were hit especially hard.

In Southeast Michigan, these dynamics played out in a particularly stark manner. The Detroit region’s homeownership rate has long been among the highest in the nation. In 2014, 67.6 percent of the Detroit region’s households owned their homes, down from 71.8 percent in 2000 but still over 4 percentage points higher than the national rate (63.2 percent). The Southeast Michigan advantage held true for both whites and African-Americans until 2000, but the housing crisis eliminated much of the advantage for the region’s African-Americans, who disproportionately suffered from foreclosures on subprime mortgages and greater declines in housing values.

Another challenge — the reemergence of redlining — dovetails with this troubling trend, and could even exacerbate it in years to come.

“The housing market is set up to invest in some neighborhoods, and not in others,” Anna Clark wrote for Next City in 2015, adding that “even in a city that is 83 percent African-American, and where the median income is under $30,000, home purchasing favors those with liquid cash assets. That is, people who, disproportionately, are upper-income and white.”