How Cities Can Design for Aging Baby Boomers – Next City

How Cities Can Design for Aging Baby Boomers 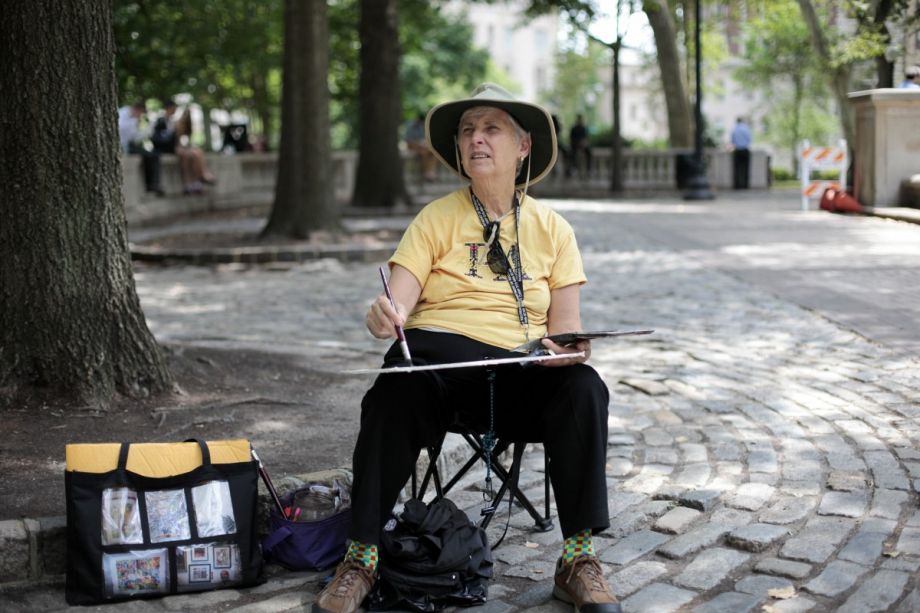 When cities make an effort to accommodate “aging in place,” they typically end up with designs that benefit younger residents too.

Last summer, Next City contributor Jessica Kourkounis asked Philadelphia seniors, “How can your city change to accommodate older residents?” Unsurprisingly, their answers reflected concerns of urbanites of all ages, covering everything from affordable housing to improved social services. After all, as writer Ted McClelland reported in “The All-Ages City,” “aging baby boomers want many of the same things as millennials. They want to be mobile and social, with easy access to bus stops, grocery stores, parks, pharmacies and hospitals,” noting, “that means cities and suburbs must adapt.”

Cities do need to prepare for an older citizenry. A new report called “Ageing in Cities,” from the Organisation for Economic Cooperation and Development (OECD), a membership group of 30-plus countries that focuses on the global economy, notes:

Examining nine OECD cities specifically, from Philadelphia to Toyama, Japan, the report defines sustainable development trends and suggests policies — and points out that while there are challenges to adapting, there’s also opportunity. 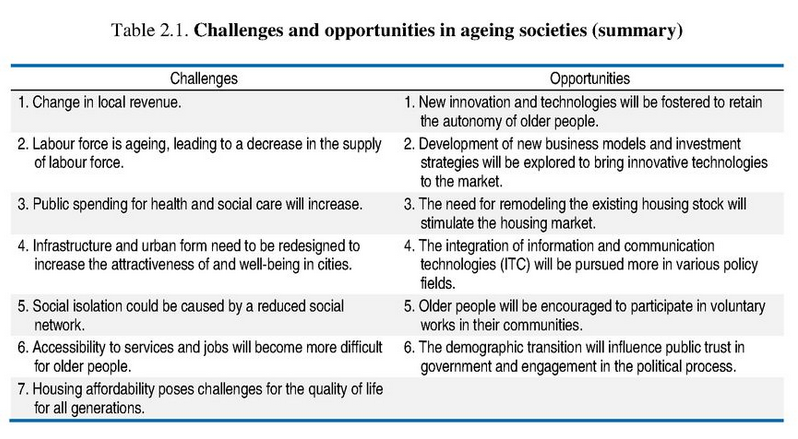 Some of the challenges posed by an aging population include a rising demand for social services, healthcare and public housing. The study suggests that adapting cities will need to redesign infrastructure and development patterns. For example, to avoid socially isolating older citizens, cities can focus on creating accessible and socially appealing public spaces.

The report notes that public transit use in urban areas is decreasing among older populations.

As I’ve written before, lack of affordable housing is a growing problem in many cities. Though this affects people of all ages, it’s even more burdensome for seniors who are at high risk of living in poverty and have a greater need for public services. As the study notes, social housing is one option, but it puts a big strain on city budgets. The study calls for collaborations with private-sector entities to come up with additional solutions.

OECD also found that cities that have already made policy plans to address their aging populations did engage a wider public and the private sector. The report identifies the immediate needs for different types of cities, determined by demographic makeup. “Type I” cities, where the population is older and there is slower growth, need to come up with a plan the fastest. The study says the plans for these cities must involve infrastructure investments strategies.

“Type II” cities, with young populations aging rapidly, should be addressing intergenerational equity and extended working lives. In a “Type III” city, a young city aging slowly, there’s more time for a full analysis on the issue of aging.

One OECD case study subject was Philadelphia, where the 65- to 69-year-old demographic is expected to rise 24 percent by 2020. The number of people in need of assistance is increasing while there have been cuts in funding for social services. While Philadelphia’s 2035 development plan does not specifically address the aging population, the city did team up with AARP and the Philadelphia Corporation for Aging to develop age-inclusive policies.

In 2011, Philadelphia adopted the zoning commission’s recommendations on senior housing, and there are many initiatives underway to improve the city’s walkability.

Cities of all demographic makeups can learn something from the full study, found here.