D.C. Gears Up to Guide Opportunity Zone Investments – Next City 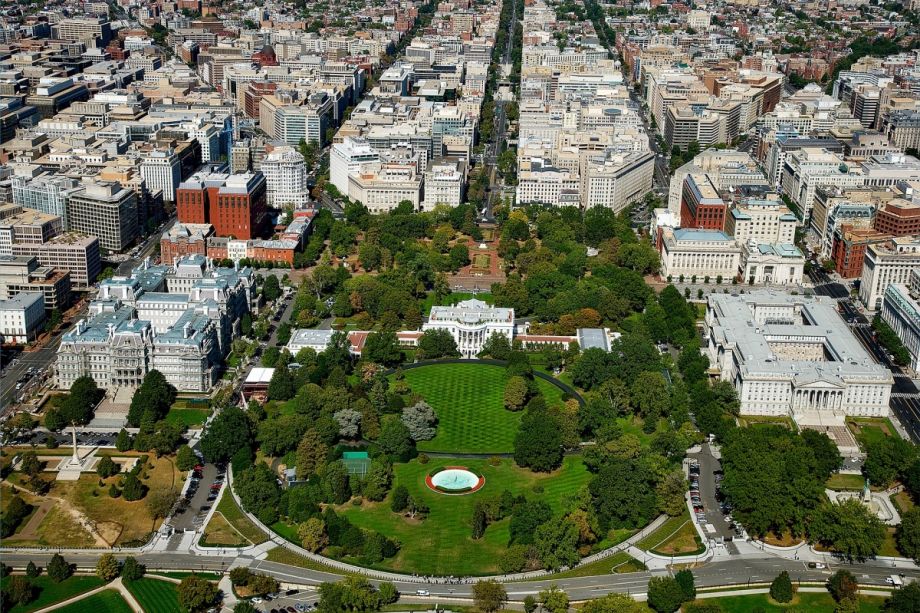 (Photo by David Mark from Pixabay)

Opportunity Zones aren’t for everyone.

For starters, the new federal tax break is only available to 7.3 percent of taxpayers. In 2016, that percentage represented 11 million individual and corporate tax returns with positive capital gains income totaling $634 billion. Those billions would be eligible for a tax break under the Opportunity Zone provision of the Tax Cuts and Jobs Act of 2017.

If you’re one of the estimated 35 million United States residents of designated Opportunity Zone census tracts — 60 percent are people of color — the projects and businesses financed through the new Opportunity Zone tax break may create jobs or new amenities or new housing for you, or they may drive up rents or property taxes or otherwise push you out of your neighborhood. As others are reporting, the tax break is already subsidizing projects that probably didn’t need it and won’t do much to help poor communities, though it’s early days yet and cities still have a chance to sway the incoming dollars into projects that will be more beneficial for more people.

A lot will depend on what your city does (or fails to do) in response to the tax break. Some have already done quite a lot, including Washington, D.C. While all other local U.S. governments had to make suggestions to a governor’s office, D.C. Mayor Muriel Bowser submitted D.C.’s Opportunity Zone census tract designations to the U.S. Department of the Treasury in mid-2018.

With one public information session, a public survey and other engagement with its local elected officials about the District’s 97 eligible census tracts, almost right up to the deadline, D.C. was at the more engaged end of the spectrum for designating Opportunity Zones.

“Had we had more time we would have definitely done more community engagement,” says Sharon Carney, deputy director for public-private partnerships at D.C.’s Office of the Deputy Mayor for Planning & Economic Development (DMPED).

“A lot of the conversations around Opportunity Zones relate to issues that go beyond just the specific tax incentive,” Carney says. “We approached designation from a data-oriented way and community-centric way. Since the intent of this tool is aimed at encouraging investment in commercial enterprises, we also looked at things like the types of land use designations that could support commercial activity.”

Carney says DMPED received public feedback that Wards 7 and 8 — the historically redlined, disinvested and poorest sections of the city, known locally as “east of the river” — should receive priority. However, Carney points out, many census tracts in those areas of the city are zoned almost entirely for residential, which wouldn’t allow for the kind of economic development the district hopes to encourage under the tax break, or worse yet could put already vulnerable residents in the crosshairs for developers to displace them directly. Ultimately the district put 17 of its 25 Opportunity Zone census tracts east of the river.

“While affordable housing can work [with Opportunity Zone incentives], we really wanted to find ways to make the most of the tool and we really don’t want to concentrate our affordable housing east of the river,” Carney says. “And what we hear most from residents of those east of the river communities is their desire for more amenities, like grocery stores and other types of neighborhood-serving retail.”

D.C. also sought to align Opportunity Zones with areas where there has already been some community engagement around development, such as neighborhoods that recently underwent the District’s small area plans process like Buzzard Point in Ward 6, or district-led development projects like Barry Farm in Ward 8. That’s not to say everyone necessarily was or is happy with the outcomes of those community engagement and planning processes, but it’s more likely in these areas that zoning and incentives are already aligned to benefit existing residents.

Of course, pushing projects in areas where there has already been significant public engagement is a double-edged sword. On the one hand, residents have had a chance to weigh in on what development might look like — but on the other hand, projects have been in the works and may have already broken ground, like the former Walter Reed Medical Center, whose lead developer has been reported to be seeking Opportunity Zone investors.

In selecting the cities for its initiative, the Rockefeller Foundation looked for what it considered to be exemplary commitment to transparency and community engagement around the Opportunity Zones tax break. So far, those cities have included Newark, D.C., Atlanta, Dallas, St. Louis and Oakland.

“We selected those cities where we felt most comfortable there was a degree of inclusion and transparency and those offices and those instruments are not divorced from the voices of the community,” says Otis Rolley, managing director for economic resilience and operations at the Rockefeller Foundation.

Under the initiative, each of the cities received funding to hire a “Chief Opportunity Zone Officer,” as well as two AmeriCorps VISTA (Volunteers in Service to America) members who will facilitate community involvement in reviewing proposals for Opportunity Zone projects and businesses, and also technical assistance to help develop project pipelines that connect the interests of investors with those of existing community members. So far, only Atlanta has made a hire with the funding. (See Next City’s coverage of him here.)

Since Carney was already on staff at DMPED, the district negotiated with the foundation to devote the grant dollars that would have gone to her salary instead to a local grantmaking program to be administered by the D.C. office of the Local Initiatives Support Corporation (LISC), a national nonprofit community development organization. (LISC is also working to provide technical assistance in the other five cities as part of the Rockefeller Foundation’s initiative.)

Rolley says the Rockefeller Foundation is exploring ways to fund more community organizing efforts in Opportunity Zones across the country, but this early effort to embed Opportunity Zone leaders in key city agencies is in part a response to the urgent timeline around the tax break. In order to receive the maximum tax benefit under the law, investments must be made or in some formal stage of the pipeline for development by the end of 2019.

“The point of entry for most investors are usually the economic development corporations or city hall,” says Rolley, who previously ran the Newark Community Economic Development Corporation. “They’re looking to open businesses or do real estate investment, so they need permits and zoning questions answered, and we wanted to move quickly.”

Opportunity Zones may only be a starting point for many conversations among cities, communities and private investors. Private placements — the kind of investment offerings that all Opportunity Zone investments will represent — are already popular among real estate transactions and are growing more popular overall. From 2009 to 2012, 5,617 real estate private placements raised $63 billion in capital for developers. Overall in 2017, the Wall Street Journal reported there were a record $2.4 trillion raised through private capital market transactions. These kinds of private investor transactions are even popping up — without Opportunity Zone tax breaks — among community-owned grocery stores and community land trusts.

“[This initiative is] not only about being savvy at the Opportunity Zone deal table but building the capacity in the community and the city so that, beyond Opportunity Zones, you have built up that muscle so cities and communities are prepared to market to investors to make investments in distressed areas,” Rolley says.

All that said, it still remains to be seen whether private investors, with or without Opportunity Zone tax breaks, end up financing projects that benefit residents of distressed communities. D.C.’s recent wave of investment already has the district at the top of the list of displaced residents resulting from recent development.

“Displacement is something we think about every day, every single hour at this office,” Carney says. “Investment can be a very beneficial thing, but it can also have negative consequences. We’ve done a whole lot of work to think through the systems and processes that can enable existing residents to stay in a neighborhood and thrive there.”

Tools like D.C.’s Tenant Opportunity to Purchase Act, which gives tenants in multifamily housing the right of first refusal before landlords can put their buildings on the open market, may become even more important in D.C.’s Opportunity Zones in the months ahead. One study found that the law helped preserve around 1,400 units of affordable housing in the District from 2002 to 2013.

“We’ve inventoried every tool we have to protect [Opportunity Zone residents and businesses] and that is part of what we are taking out to people to make sure that if displacement is a concern for them, they know where they can tap into to access different tools so they can stay where they want to stay,” Carney says.