Cuomo Signs Legislation for LaGuardia Train to the Plane – Next City

Cuomo Signs Legislation for LaGuardia Train to the Plane 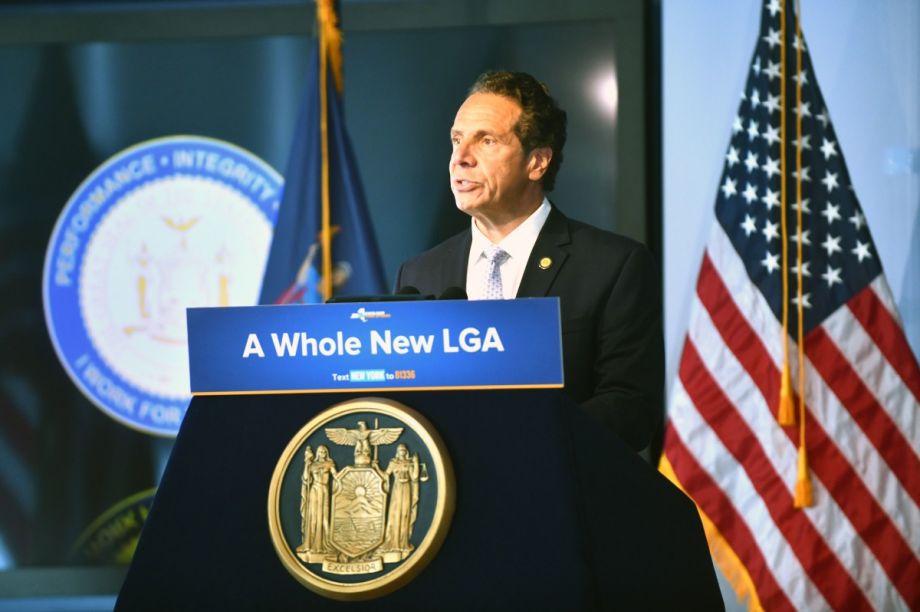 A rail route to LaGuardia Airport took one big step toward becoming a reality today when New York Gov. Andrew Cuomo signed legislation to begin mapping a route for the project, WSKG reports.

“How can you not have a rail train to the City from a New York airport?” Cuomo asked an audience gathered at the World Trade Center, according to WSKG. “It’s incomprehensible.”

The $1.5 billion LaGuardia Airtrain plan will create an elevated train line connecting the airport to the 7 train as well as a Long Island Railroad station in Queens. When it opens in 2022, it will cut the travel time to the airport to 30 minutes from Penn Station and Grand Central Station, US News & World Report notes.

LaGuardia is the only airport in the region that lacks direct rail access — it’s estimated that 86 percent of those traveling between the city and LaGuardia go by car, reports 6sqft. Airport passengers wishing to take public transit to the airport currently must ride a bus.

The measure passed by the state legislature and signed by the governor lays out a possible route for the train and suggests alternatives, after neighbors asked that it be located farther from their homes, the Wall Street Journal reports. Port Authority officials stressed that the current route does not cut through private property.

Construction could begin as early as 2020 and should be completed in two years. It is one piece in the governor’s broader initiative to rehab the airport, according to the NY Times. LaGuardia is currently undergoing an $8 billion rebuild.

“With no rail link, millions of passengers too frequently face inevitable congestion on the roadways and unpredictable delays in reaching the airport,” said Rick Cotton, executive director of the Port Authority of NY & NJ. “They never know what the travel time to LaGuardia will be.” The need for a predictable rail link gets more urgent “almost with every passing week,” Cotton told the Wall Street Journal.

Not all New Yorkers are thrilled with the plan. Last week, community groups in Queens released a joint statement denouncing the AirTrain, Curbed NY reports.

“Simply stated, I believe this project will negatively impact our quality of life for a service that is not needed,” said Frank Taylor, a longtime East Elmhurst resident and the president of the Ditmars Blvd. Block Association. “I also call to question the large taxpayer investment with no economic upside for our community or the State.” The Ditmars Blvd. Block Association is one of the three groups opposing the project.

The environmental review process — in which officials will consider alternate routes for the project along the corridor — will begin this fall.