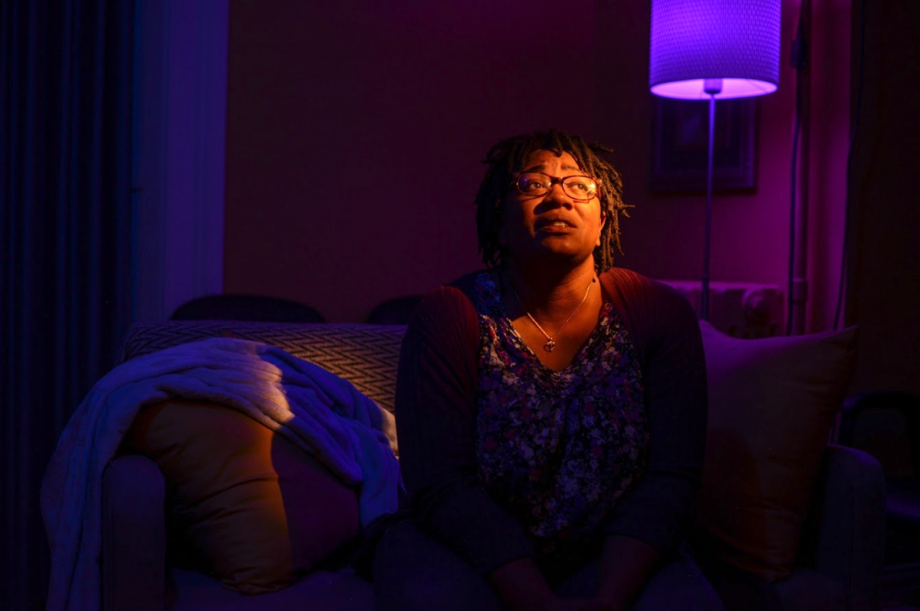 In January 2014, Single Carrot Theatre in Baltimore had achieved one of the most important milestones in the life of a professional theater company: they’d built their own dedicated, permanent theater space.

The theater’s leadership had worked with a developer to design it exactly to their specs. It held a flexible black box for performances, as well as a small rehearsal space and offices. The building was the fulfillment of a dream that Single Carrot’s founders had had since the company performed its very first season back in 2007.

“The vision was always to have this permanent performance space,” says Genevieve de Mahy, Single Carrot’s artistic director and founding ensemble member. “In our minds, we had this feeling of having made it to a certain level as an institution.”

But after five years of living that particular dream, Single Carrot’s leadership made a bold decision. They didn’t want that space anymore.

Instead, they were embracing a different vision for their company and their relationship with the city in which they worked: Single Carrot would take its performances into unused, transient, or unconventional spaces, embracing the creative and financial freedom — as well as the unique challenges — that would come from not being tied down to a single building.

“We were realizing, as time went on, that it was becoming more and more difficult to sustain that space,” de Mahy says. “And we also had other priorities in terms of paying people and paying artists. We found those things to be always at odds with having these large facility costs. So we got to the point where we decided that the best choice for us, from a sustainability perspective, was to leave that performance space.”

They are, in essence, turning sharply away from the traditional, established growth and sustainability patterns of professional theater groups, and forging a brand new path.

Single Carrot is not the only theater, or arts organization, for that matter, that’s made the decision to drop a permanent space in favor of a more flexible performance model, but they are likely — it’s hard to know for sure, since data on this is nothing more than anecdotal — among the very few that have done so voluntarily.

Across the country, a decrease in affordable performance space has caused countless small to mid-sized theaters to shut down or drastically reduce their operating budgets, which often means dropping the massive costs associated with owning or even renting a permanent theater.

In Charlotte, N.C., several local theater groups have begun performing or rehearsing in bars, restaurants, breweries, retail spaces, and even gravel lots due to a lack of budget or lack of affordable space.

The Houston Chronicle also reports that several of Houston’s small- to mid-sized theaters have closed or been forced out of their spaces due to rising costs and a lack of donor funding.

But while the problems facing professional theaters, and the arts as a whole, are daunting, there are creative solutions emerging.

One of these can be found in Toronto, Ontario, where the internationally-renowned Why Not Theatre is working on a revolutionary pilot project to help connect performing artists with available, unused spaces throughout the city, from churches to office buildings.

Founder and artistic and general director Ravi Jain, along with managing director Owais Lightwala and executive producer Kelly Read, are the ones spearheading the project.

The project’s genesis lies in the phenomenal growth that Why Not Theatre experienced in a short amount of time, when, in 2016, the Canada Arts Council changed its funding priorities, placing an emphasis on equity—in other words, supporting institutions that advanced diverse voices.

Jain and his company were non-venued, and they’ve been committed since their founding to creating cross-cultural, innovative, and inventive theater, as well as actively interrogating and addressing questions of representation. “Our work tends to be work that is new and that challenges the status quo — what stories are being told and who gets to tell them,” Jain says.

In other words, they fit the profile that the city was looking for precisely.

And that meant transforming from a three-person organization with a budget of $550,000 to a nine-person organization with a $2 million budget in a matter of a couple of years. “Everybody told us, ‘Oh, if you’re growing, you need to find a space,’” Jain says. “So we looked into it a little bit, and we were surprised because when you become a theater with a venue, your whole business model has to change … So we thought, ‘Ok, you have to raise millions of dollars to build a building,’ and it just felt like a waste of resources. If we raised millions of dollars, we could change the sector overnight.”

With that in mind, Jain, along with Lightwala and Read, started looking at a way to solve the space issue not just for themselves, but for their fellow theaters and performing arts organizations in Toronto. Lightwala explains, “One solution that came to mind, just looking around our city, is that there’s actually a lot of unused space in the city that is just not considered cultural space.”

The Why Not team experienced this firsthand when they were approached by a local church that was struggling to keep its doors open and maintain its relevance in the community. The church leaders wanted to know whether the theater might have some use for the building. “So we said, ‘When is the building available?’ and they said, ‘Oh, it’s available six days a week — we only need it on Sundays.’ And conveniently, that’s also the cycle that a theater company runs on — rehearsing or performing Monday through Saturday,” Lightwala says.

Partnerships between churches and performing arts organizations are nothing new, but this conversation inspired Lightwala, Jain, and Read to think bigger. Now, they’re working with not only that church, but also a corporation that owns buildings with vacancies across Toronto, a property developer, and the city of Toronto itself to locate available or under-utilized city-owned spaces that would be offered to arts groups on a temporary basis for very low or no cost.

The project is still in its beginning stages, but the goal is for Why Not to become a kind of agent that connects local artists with no-cost or highly subsidized spaces for rehearsal and performance. “The idea was, what if we were able to become the broker of this relationship?” says Lightwala. “We’ll figure out all the logistics. Then, eventually, artists could come to us and say, ‘I want space for X,’ and we could say, ‘Ok, here’s the perfect space for you.’”

The affordability issue is key, of course, when it comes to maintaining a healthy theater community in any city.

But just as important is the way that this kind of flexible model, which both Why Not and Single Carrot are embracing in different ways, can open up the sector to both artists and audiences who are largely excluded from the traditional theater experience.

“The most interesting new work with the most diversity is often where the most emerging artists are,” Lightwala says. “You start to lose those people in the cities, and it creates a ripple effect across the sector. So eventually, in the larger institutions, you start to see less diversity, less interesting work, less innovation, more stagnation of the ecology.”

While Why Not Theatre is heavily invested in solving this problem on the artist side, Single Carrot is focused on expanding accessibility for their audiences. When the company decided to leave the space they’d worked so hard to attain, it prompted a great deal of soul searching. “We were really thinking, what kind of art do we want to make? What kind of relationship do we want to have with the city of Baltimore?” de Mahy says. “Baltimore is a very complex city — it’s very economically and racially segregated, and people stay a lot in their own neighborhoods.”

Using the flexible, site-specific model that Single Carrot landed on allows them to bring their work to the audiences and neighborhoods they want to reach, while also adding an exciting immersive aspect to the plays they produce.

For example, their current production is a play called “Mr. Wolf” by Rajiv Joseph, which centers around a girl who was abducted as a baby and is miraculously found and returned to her family as a teenager.

Single Carrot is staging it in an actual home, with a small audience of 25 people who move through the house along with the actors. “A lot of the play centers around her reintroduction to her family, so there are these very intimate conversations that happen in bedrooms, living rooms,” de Mahy says. “What’s really amazing about doing theater in a space like a house is, because you’re so close and you’re in this small space, actors can, say, whisper to one another and you can hear it. It really is like sitting inside the living room during these very private family conversations.”

Along with the advantages, there are certain challenges to this model, as well. One of the most immediate is helping potential audience members find Single Carrot now that they perform in a changing array of venues.

“People are creatures of habit, especially when it comes to how they take in their cultural offerings,” says Alix Fenhagen, Single Carrot ensemble member and interim managing director. “One of the challenges we’re having right now, which we anticipated, is bringing everyone back to the fold and saying, ‘Hey, this is how you find out about us. This is how you engage with us.’”

While it’s too early to tell how successful these alternative models will be for the theaters that undertake them — and much, of course, depends on each individual theater, its audience, its mission, and more — it’s clear that theater organizations are going to have to get creative in order to survive.

“We’re just at the beginning of this journey and seeing where it goes,” says Fenhagen.

Elizabeth Pandolfi is a freelance arts and culture journalist. She is the former arts editor of the Charleston City Paper, and her work has appeared in Art and Antiques magazine, Charleston magazine, WNC magazine, and other publications.