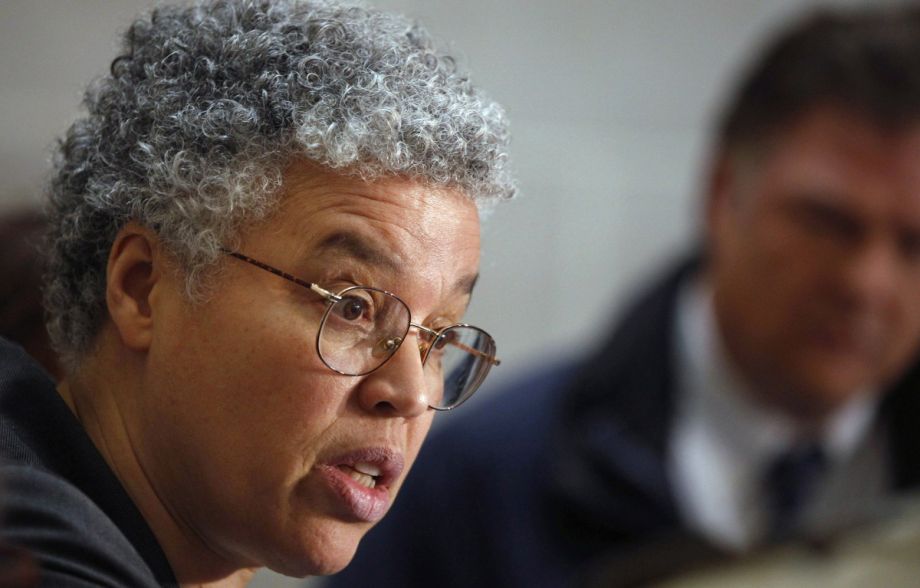 The City of Chicago is in some obvious financial trouble, and Cook County Board President Toni Preckwinkle is trying to do something about it. Preckwinkle is hoping to secure enough votes to raise county sales tax by a penny on the dollar. She believes that raising property or sales tax is the only to way raise the amount of money needed to address they county’s budget shortfall, which is mostly driven by pensions. According to the Chicago Tribune, Preckwinkle says the fund is short by $6.5 billion and that number grows by $30 million each month. While she doesn’t think she could ever get the votes to raise property tax, she thinks the sales tax is her best option.

“There is a path for getting nine votes for a sales tax increase,” Preckwinkle told the Tribune.

According to the Tribune:

So far, only two commissioners say they are firm “yes” votes and only three say they are firm “no” votes, with a wide spectrum of opinion between. That leaves plenty of wiggle room on the 17-member board for Preckwinkle to have a shot at the nine votes needed for passage.

Two of the undecided commissioners said they were leaning toward voting for the tax increase. One said he’s undecided but called it a “viable option.” And three others either aren’t talking or won’t show their hand but are Preckwinkle allies who have supported a higher sales tax in the past.

Preckwinkle has some dissenters in her own party. Commissioner Larry Suffredin, who was negotiated into agreeing to a similar increase seven years ago does not think the county should go down this road a second time. He told the Tribune that he doesn’t think the extra $473 million a year it could raise is needed.

“We’ve tried this and it didn’t work,” Suffredin told the Tribune. “It is regressive and it hurt many of our citizens and businesses in our communities.”