Can Good Design Get People to Compost? – Next City

Can Good Design Get People to Compost? 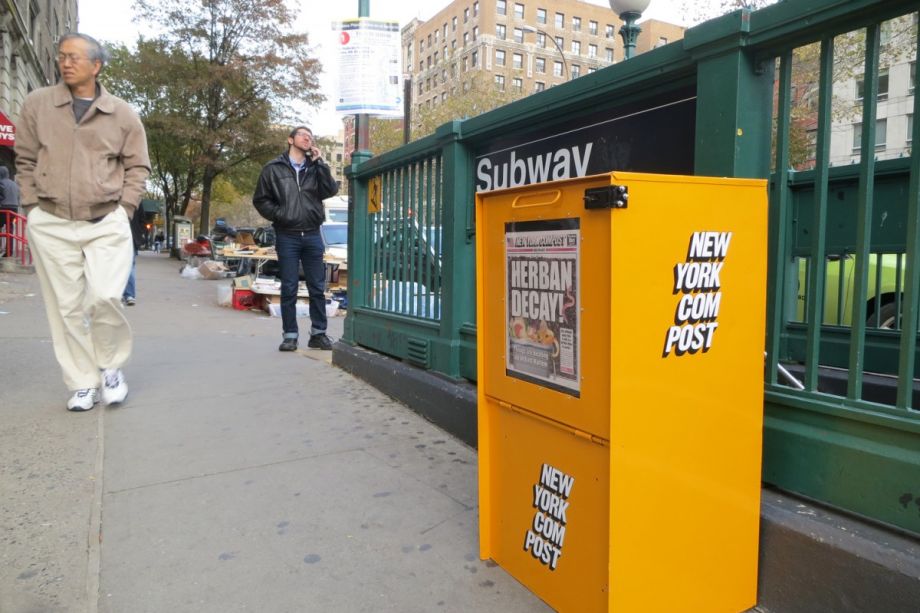 A few U.S. cities have embraced composting systems, but even among diehard recyclers, the idea of separating the leftovers for municipal pickup has been a tough sell. One New Yorker hopes that a better design aesthetic can bring composting to the city-dwelling masses.

Debbie Ullman, a former tabloid newspaper designer, has reinvented the newspaper box, turning the vending machines for a struggling industry into collection bins for compostable materials. She says her creation, the New York Compost Box Project, a public receptacle for food scraps, is an urban intervention.

“The boxes are so commonplace in the city, and I wanted to subtly tweak them to make people stop, look twice, and think about what they are seeing versus what they expect to see,” Ullman told Fast Company.

While a collection box on every corner might not yet be pending, the designer hopes the models sprinkled around New York City will simply make people stop and think.

“They are helping non-composters to think about it in a fun and memorable way and to ask questions … The novelty of the boxes seems to be overcoming the ick factor for these folks, it seems,” she said. “I want people to ask questions so they can learn the truth about how easy it is, and learn about all of the options for disposing of food waste in New York City,” Ullman said.