Compare City Grids With This Street Network Tool – Next City 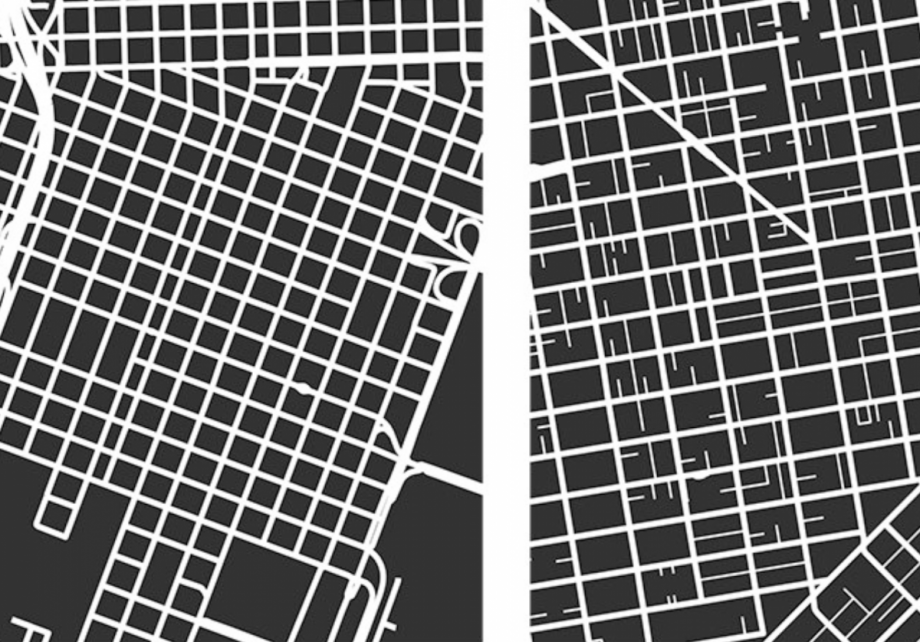 “Long blocks, in their nature, thwart the potential advantages that cities offer to incubation, experimentation, and many small or special enterprises,” Jane Jacobs wrote in “The Death and Life of Great American Cities.” Short blocks and frequent streets, however, are valuable, she said, because “of the fabric of intricate cross-use that they permit among the users of a city neighborhood.”

The concept is, of course, deeply familiar to planners and architects and city lovers at this point. But it’s not necessarily an intuitive one. Jacobs herself included diagrams in the short blocks chapter to help illustrate her argument to readers.

“It gives you visual objectivity when comparing across cities,” Boeing explains. “You can quickly get a sense of the texture of a city. How fine-grained or coarse it is. How well-connected or disconnected it is, and what its street circulation patterns are.”

Boeing drew inspiration for the visualization project from a different Jacobs. Allan B. Jacobs’ 1993 book “Great Streets” includes more than 200 hand-drawn street grid maps from cities around the world.

Boeing’s research centers on the intersection of city data science and urban form, particularly street grid networks. “The current tool landscape has no ideal technique,” he says, “that balances usability, reproducibility, scalability,” to compare and contrast street networks. So he built one using programming language Python.

The tool allows anyone (who knows Python coding) to plug in a city name, and latitude and longitude coordinates or a street address and get a square mile map.

As samples, Boeing has made maps of medium-density downtown networks in Portland and San Francisco, a low-density office park grid in Irvine, California, New York’s Times Square, and old European and African cities such as Rome and Tunis.

The illustrations make it easy to see, for example, how late-19th-century planners in Portland and San Francisco valued small blocks on a rigid grid (and how Interstate 5 sliced Portland in half). Or how little you can fit into a wide-blocked suburban grid, in comparison.

“I think it’s a good communication tool because it shows you how much living space there is in a place like Rome or Tunis or Osaka, all the life and activity and history that can fit into that small square mile, as opposed to a few blocks of a business park in Irvine,” Boeing says.

Granted, a black and white grid illustration can only tell you so much about an urban environment. It doesn’t show you what it’s like to walk or bike in a given square mile, or the density of buildings. It’s a caveat to the tool Boeing readily admits. “These visualizations don’t tell you about the quality of streetscape itself,” he says. “Just because you have a walkable street network, it doesn’t mean land use supports walkability or a pleasant streetscape.”

Boeing sees the tool as primarily being used by planners to add context in communications materials or at design charrettes.

Of course no existing city is likely to significantly reshape its street grid to create smaller blocks, but Boeing thinks there’s still value in comparing and contrasting old dense cities with newer, more sprawling ones.

“This kind of thing could help to quickly demonstrate what it looks like to be a walkable place versus a drivable place and maybe start a conversation about that. It makes it more legible to people what these things could mean for how we might live.”