City of Philadelphia Makes Equity a Priority – Next City 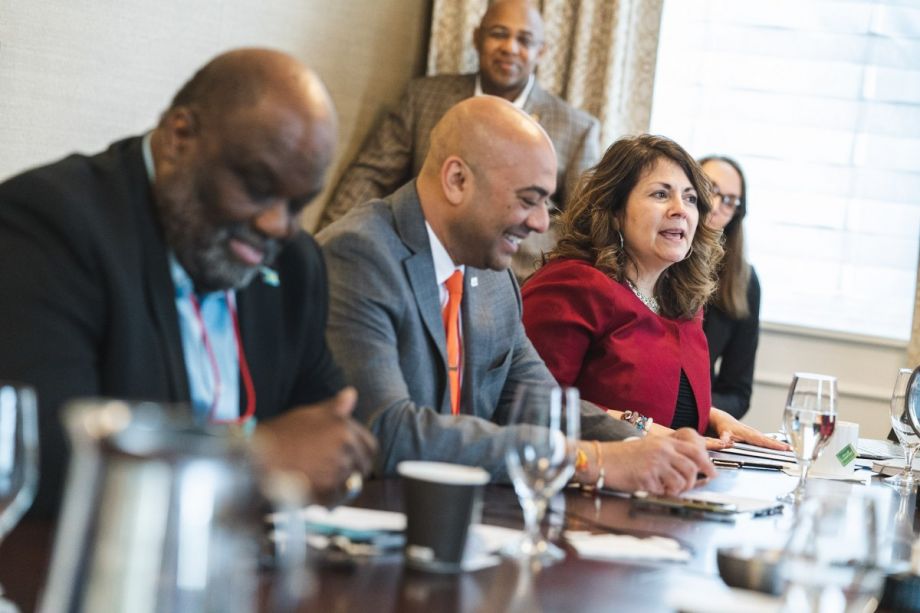 The Philadelphia Diversity & Inclusion Conference is one of the events positioning the city as a national leader on issues of diversity, equity and inclusion. This year's conference will be held Mar. 30-31. At the 2019 conference, speakers highlighted ways in which diversity, equity and inclusion intersected with academic and corporate strategies. (Photo courtesy Philadelphia Diversity & Inclusion Conference)

Out of an abundance of caution, the 2020 Philadelphia Diversity and Inclusion Conference has been postponed until October 5-6, 2020. Visit www.diphilly.com for ongoing updates and new registration information.

For Nolan Atkinson, the City’s Chief Diversity, Equity and Inclusion Officer, the name change reflects how Philadelphia is attempting to take a leadership role in institutionalizing diversity, equity, and inclusion best practices in the public sector including the development of a Race Equity strategy that looks to identify and eliminate racial inequities created and perpetuated by the government. In addition, Atkinson says the office, empowered by Mayor Jim Kenney, is striving to help build a talented, diverse workforce throughout all sectors of City government.

Kenney recently signed an executive order establishing the office, and adding the offices of LGBT Affairs and People With Disabilities under Atkinson’s watch.

“Our aspirational goal is to have a municipal workforce that looks like the city of Philadelphia,” says Atkinson, who has been a fixture in the city for 50 years. Philadelphia’s population is 43 percent black, 35 percent white, 15 percent Latinx, and 7 percent Asian.

For many, the perception of Philadelphia has largely been defined by its white and black populations. However, in recent years, more efforts have been undertaken by organizations across the city to showcase the diversity of Philadelphia’s Latinx communities, as well as the many different Asian American populations that call Philadelphia home.

Atkinson says the city is also increasing its efforts to comply with the Americans With Disabilities Act and to combat discrimination against individuals with disabilities. The office is expected to issue a report in 2020 highlighting the citywide disparities in providing ADA accommodations, including a plan for the city to address disparities that have been identified.

Similarly, Philadelphia’s efforts to embrace the LGBTQ+ community have garnered national recognition. Atkinson says Kenney is directing the city to expand LGBTQ+ outreach, and to ensure that ally ship is embraced among all public and private sector institutions. In November, the national LGBTQ+ advocacy group Human Rights Campaign named Philadelphia an “all-star city” for its inclusiveness towards LGBTQ+ community members. Philadelphia earned a perfect score of 100 on the HRC’s Municipal Equality Index.

He added that at a time of hardship for many immigrant communities, Philadelphia is opening its doors to new arrivals. “That’s how you grow a city,” Atkinson says.

According to Pew, the foreign-born population of Philadelphia grew nearly 70 percent between 2000-2016, making up about 15 percent of the city’s overall population. The Pew report notes that immigrants are “largely responsible for the city’s growth in residents and workers, and they have boosted the number of children and entrepreneurs.”

Philadelphia’s efforts reflect a wider recognition among cities that attracting — and keeping — residents and employers is linked with outreach to diverse stakeholders.

Atkinson will share some of the city’s best practices at the upcoming Philadelphia Diversity & Inclusion Conference, October 5-6. The conference is a preeminent gathering for thought leaders and influencers, executives, activists and academics to share best practices and redefine what it means to be diverse, equitable, and inclusive in the 21st Century. Keynote speakers will include Kenney, Temple University President Richard Englert and global philanthropist and entrepreneur Nina Vaca, as well as rising national and local voices with fresh insights on how to make diversity and inclusion an integral part of any sector and institution.

Murali Balaji is a former journalist and academic who works as a diversity consultant in the Philadelphia area.