City Dwellers Have Shorter and Healthier Commutes — Or Do They? – Next City

City Dwellers Have Shorter and Healthier Commutes — Or Do They? 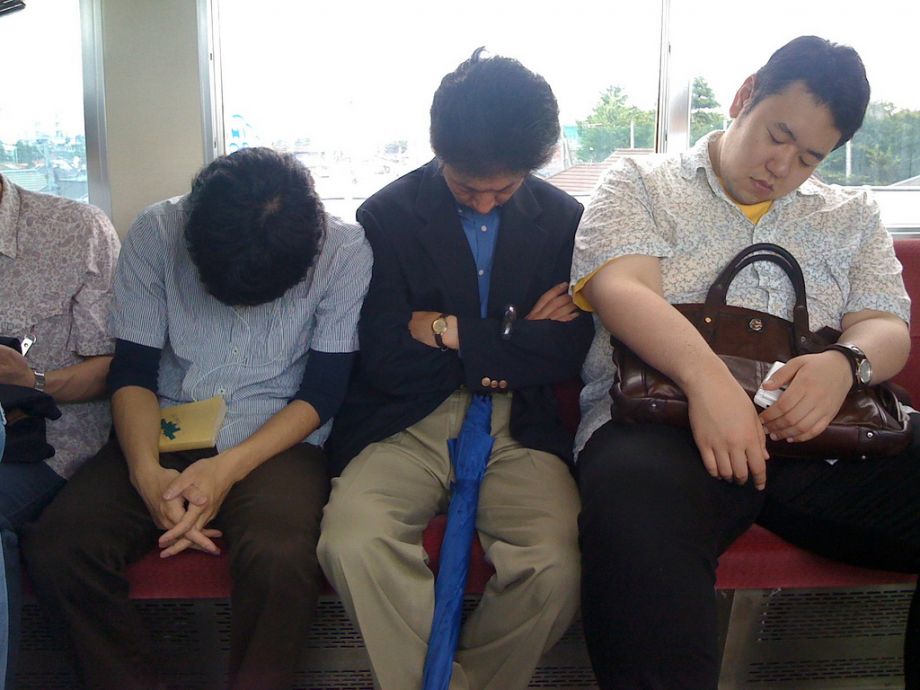 Jane Brody at the New York Times‘ Well blog has some good news for American commuters: The end — or at least, curtailment — of suburban sprawl will bring us all healthier commutes.

“Members of Generation Y,” she paraphrases a doctor and UCLA professor as saying, “tend to prefer mixed-use, walkable neighborhoods and short commutes… and childless couples and baby boomers who no longer drive often favor urban settings.” She cites a Swedish study that found that “[r]egardless of how one gets to work, having a job far from home can undermine health.”

Brody isn’t the only one touting cities for their short commutes. As Vishaan Chakrabarti, a New York-based urbanist with a cascading resume, wrote in his urbanist manifesto, A Country of Cities:

Americans who live in hyperdense cities are healthier than their suburban counterparts not only because they have more opportunities to walk but also because they tend to spend less time commuting. This time saved can add tremendously to one’s quality of life, as it can be used for recreation, relaxation, and social interaction. These essential activities are often invaluable to the joy of life, making one happier and more productive.

There’s only one problem: It’s not true. In fact, the country’s largest, most transit-oriented cities have the longest commutes, and straphangers tend to have the longest among them. The quality of the commute may be an improvement over driving, as you can sleep, do work or read on trains and buses. And cities offer highly specialized job opportunities that many people find worth traveling long distances for. Many of the well-paying, rewarding jobs that people spend an hour commuting to in New York City simply don’t exist in rural and exurban areas where people can zip to work in 10 minutes.

But there’s no escaping the data: City dwellers spend more time each day getting to and from work than do those who live in less densely populated areas.

There isn’t a perfect correlation, but it does exist. According to 2009 Census data, of the country’s top 10 metro areas for public transportation use, four also show up among the top 10 for longest commutes. The New York region had the longest, with an average of 34.6 minutes each way. It’s also the region with the most transit use, at a bit over 30 percent. Washington, D.C. and its surrounding counties also show up on both lists, as do Chicagoland and the Baltimore-Towson area.

Of the nation’s commuters who take an hour or more to get to work, 23 percent ride public transportation, according to figures from 2011 (they’re about evenly split between rail and bus). That’s a disproportionate number, given that the same survey found that only 5.3 percent of all commuters ride transit.

Sprawling suburbs and exurbs also make the list of metro areas with the longest commutes — the Inland Empire outside Los Angeles, for example, and Stockton outside of the Bay Area — but those with the shortest commutes are all completely car-oriented places like Lubbock, Texas and Decatur, Ill. It’s also important to note that those with the longest commutes in the New York, D.C., Chicagoland and Baltimore areas are likely traveling from far-off suburbs, rather than the denser city core or its first-ring suburbs.

On Twitter, Nicole Gelinas suggested that transit investments might bring down average commute times for city dwellers. But abroad, this has not been the case. It’s hard to think of regions more transit-oriented than those centered around Tokyo and Osaka in Japan and Seoul in South Korea, all of which have longer one-way commute times than New York: 67 minutes for Tokyoites going to work, 63 minutes for Osakans, and 41.2 minutes for those who live in Seoul.

While in theory improved transit might make commutes quicker, this is only a sure thing if populations don’t grow, and people don’t move around or change jobs. In practice, better transit appears linked with growing — and even sprawling, at least along transit lines — populations. Cities are, after all, hyper-specialized places where you can find jobs that simply don’t exist in less densely populated areas.

Which isn’t to say that these are bad things, or that we should judge transit solely by how it compares to auto-based commutes to jobs hundreds of miles away from major cities. Giving people more opportunities to travel farther for better jobs is a good thing, and the quality of transit commutes is often (though not always) better than those spend them behind the wheel of a car. The growth of a city like Tokyo, despite a stagnant national population, goes to show that people are willing to forsake the short commutes of the countryside for the better opportunities offered by cities.

But let’s not oversell the benefits of cities and transit. You may have to work a boring, low-paying job, but you’d probably get there quicker if you lived out in the country and drove.