Not All Cities Are Equal for Entrepreneurs of Color – Next City

Not All Cities Are Equal for Entrepreneurs of Color 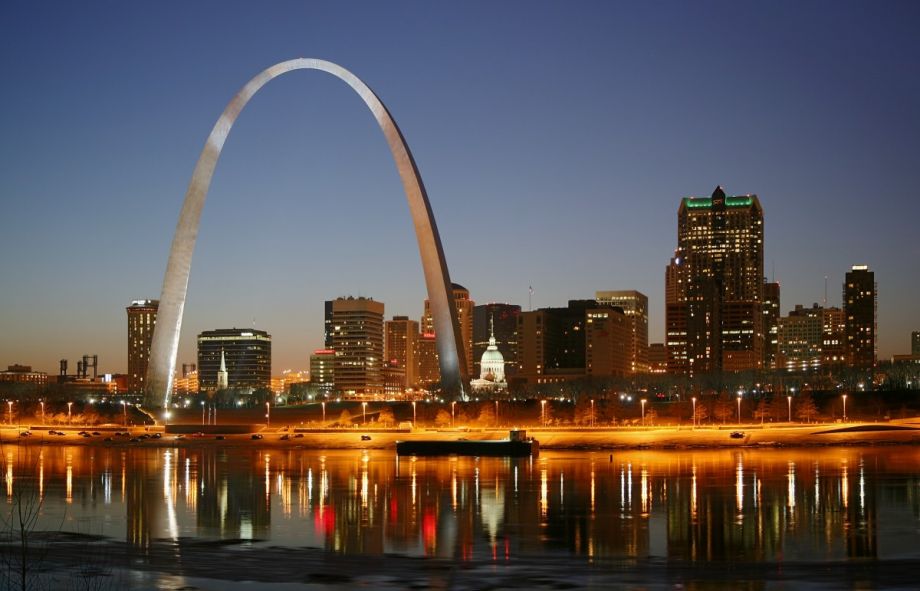 A new study found that St. Louis failed to award a fair number of construction contracts to black businesses. (Photo by Daniel Schwen)

There are signs that U.S. cities are increasingly paying heed to a lack of diversity in municipal workforces. In Boston, a recent city report pointed out that the city’s largely white workforce doesn’t reflect its more diverse population, and Philadelphia’s transit agency is actively seeking ways to get more women into the public transportation sphere. As regular Equity Factor columnist Alexis Stephens covered in April’s “As America Diversifies, So Should Government Jobs From Top to Bottom, nonprofit advocacy group Living Cities has launched a nationwide program to share strategies that cities are using to encourage inclusive hiring.

To foster economic equality, of course, governments must also look outside City Hall — and support local minority- and women-owned businesses. To that end, there’s recently been some good news and bad news. Let’s start with the good.

New York Opens Data on Women- and Minority-Owned Subcontractor Spending
New York City is making strides to become more transparent when it comes to which minority- and women-owned businesses get city work and how much that’s worth. Earlier this year, Comptroller Scott M. Stringer announced a new initiative, Checkbook NYC, that shows the public how the city spends money in that regard.

“The public can now see in real time where money is flowing at all levels of contracting in one place,” Stringer said in a press release. “These new features will provide transparency about minority- and women-owned business spending as never before and also give crucial insight into how contracts are distributed once they are awarded.”

The available data show that since the beginning of fiscal year 2015 (July 1, 2014) in New York, the city paid out $432 million — that’s about 4.4 percent of available money — to minority- and women-owned businesses. Businesses run by Hispanic owners received .5 percent of that, and African-American-owned firms received only .3 percent. The release noted that the “Department of Youth and Community Development has among the lowest spending rates with M/WBEs in FY15 … while the Landmarks Preservation Commission has among the highest, with 23.7 percent of available agency spending going to M/WBEs.”

“Increasing how much our City spends on minority- and women-owned businesses is a crucial tool in expanding economic opportunity and increasing competition across all five boroughs. This new level of transparency will tell us whether agencies are reaching our City’s spending goals with these vendors,” Stringer said.

Is Detroit the Next “Hub for Minority-Run Businesses”?
At last week’s Techweek conference in Detroit, the PowerMoves@Detroit event showcased local and nationally recruited minority entrepreneurs competing for $100,000 in cash and prizes, and gave them a chance to meet with local investors.

Detroit has a genuine opportunity to be the American city that attracts and nurtures minority tech entrepreneurs, offering a truly level playing field in terms of inclusion, availability of capital and other resources, and innovation.

“One of the reasons we’re looking at cities like Detroit is that, when a city has gone through a crisis and now is in 2.0 mode, it’s an interesting opportunity to participate in that pivot. Chaos does create opportunity, and that opportunity can drive innovation and inclusion,” said a rep from Morgan Stanley, which sponsored the event.

St. Louis Entrepreneurs of Color Don’t Get Fair Number of Contracts
The business news picture wasn’t so great in St. Louis this week. According to a new St. Louis Development Corporation study, from 2007 to 2012, the city failed to employ a fair amount of minority- and women-owned businesses when awarding city contracts for construction jobs, as prime contractors and subcontractors. The disparity was particularly stark regarding contracts for African-American-run businesses. (Cities conduct these types of audits, called “disparity studies,” so that they can enforce, constitutionally, diversity goals with municipal contractors.)

According to the St. Louis American having such numbers at hand could help to boost support for a more diverse entrepreneurial world in the city:

The study also gives some arsenal to advocacy groups who have been fighting to ensure that minority construction businesses stay afloat in a white-dominated field.

Adolphus Pruitt, president of the St. Louis City NAACP, said the city must comply with the recommendations of this study: “We would basically sue to stop projects to enforce the goals if they are not doing it the way that they are supposed to.”