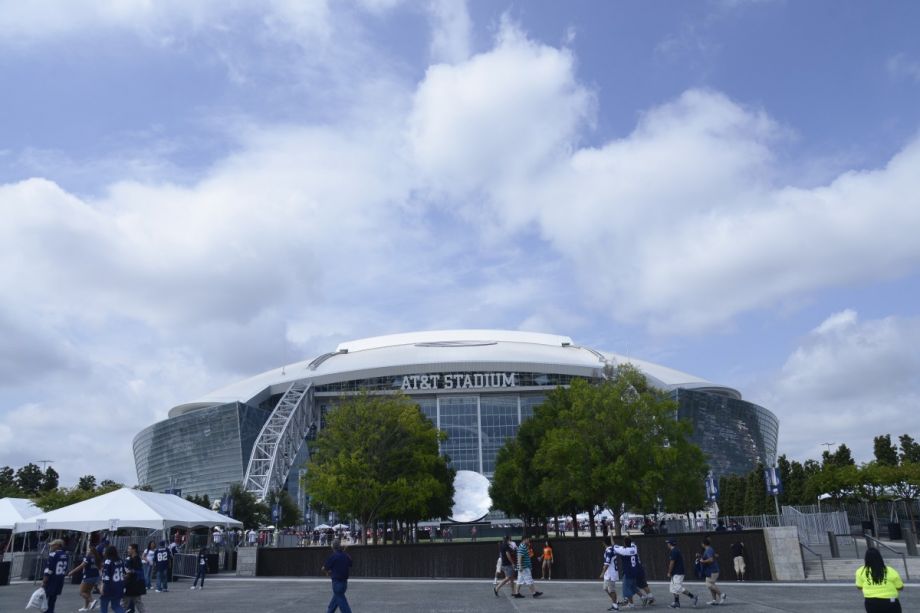 The U.S. Treasury no longer wants taxpayers to foot the bill for stadiums, like this one for the Dallas Cowboys. (AP Photo/Tim Sharp)

Corporate tax subsidies for megaprojects were in the news this week, with forces from all over — watchdogs, the federal government — pointing out once again that cities lose when they go above and beyond their means to sweeten deals for real estate developers, sports teams and corporate HQ relocations.

How President Obama’s Budget Affects the San Diego Chargers
The San Diego Union-Tribune took a deep dive into President Obama’s 2016 budget and highlighted the part that would limit the use of low-cost tax-exempt municipal bonds for sports-related facilities. Since 1986, $17 billion in bonds have been issued to build stadiums, at a cost of $4 billion to taxpayers.

The President’s proposal would net the U.S. Treasury $542 million over 10 years, but it would also mean that developers would be forced to shoulder even more of the risk to build stadiums, like the one that the San Diego Chargers intend to build. The subsidy to bondholders for AT&T Stadium, the mammoth home of the Dallas Cowboys that opened in 2009, is going be $65.3 million spread over 29 years.

“The current structuring of government bonds to finance sports facilities has shifted more of the costs and risks from private owners to local residents and taxpayers in general,” according to the U.S. Treasury.

Baltimore Public Schools Buckle While Downtown Thrives
Maryland’s 2016 state budget cuts funding for Baltimore public schools by $35 million. This is happening at the same time that the city is “revitalizing” at a rate more rapidly than anywhere else in the state.

The funding formula that governs how school aid is distributed throughout the state factors property wealth into account, and Baltimore’s grew by more than $1.3 billion in the past year.

Meanwhile, some of the most valuable new developments located in the downtown and harbor areas are not going to be paying their share of property taxes for years to come. The $155 million Baltimore Marriott Waterfront hotel will be making a $1 payment in lieu of taxes (PILOTs) each year for 25 years. PILOTs, tax increment financing and other development incentives all keep the city’s general fund stagnant, at the same time that the state funding formula sees a thriving city.

“We have a false wealth rise. It has boomeranged on us this year with the loss of school aid,” Baltimore City Councilman Carl Stokes told the Baltimore Sun.

The CEO of Baltimore City Public Schools has threatened to lay off almost 400 teachers. Children attending neighborhood schools are expected to get an equitable education to their suburban counterparts. Meanwhile, city boosters say to be patient. They are anticipating “long-term growth,” and a wealthier tax base coming to town any day now.

Detroit Battles Over Community Benefit Agreements
Over on Deadspin, Bill Bradley chronicles the shaky campaign for Detroit to become the first city to require megaprojects to give back to residents if they are taking advantage of public money. (Bradley wrote about a stadium project for Next City in “Red Wings Stadium Upset!”.)

City council members are pushing an ordinance that would require any project seeking at least $300,000 in public tax dollars to execute community benefit agreements (CBAs), or contracts with local residents that might promise resources like jobs, affordable housing requirements and construction contracts or help to mitigate environmental impacts.

In a reactionary move, Republican State Rep. Earl Poleski introduced legislation to ban local governments from creating community benefits ordinances. The bill died in December, but was reintroduced in January.

Residents are hopeful that the local ordinance will pass, with a member of a community coalition saying, “It might help lay the groundwork, because city government is going through so much flux with the bankruptcy. Everything is sort of in turmoil right now, I think that something like an ordinance can help align development and community interests.”