Chicago Suburb Hopes to Create a Docked-Dockless Hybrid – Next City 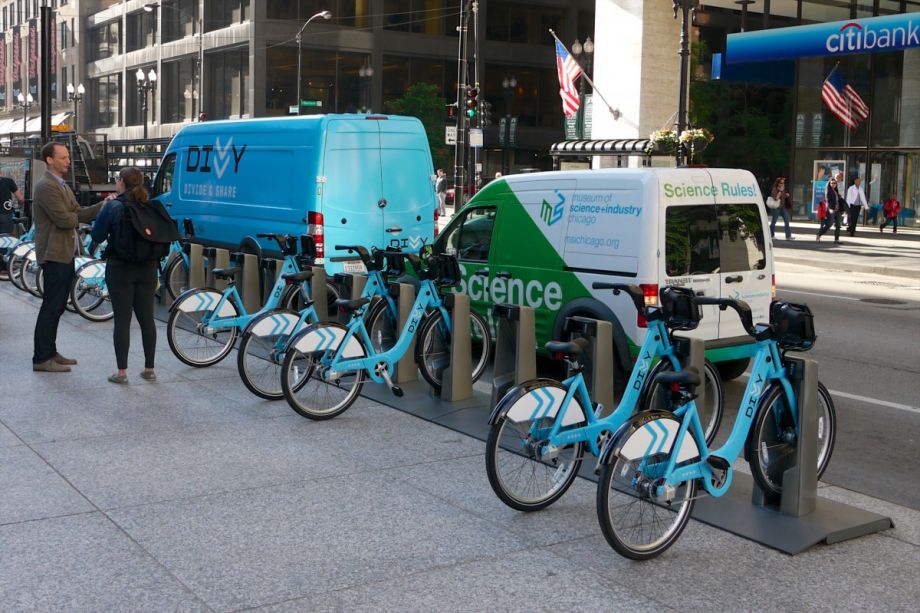 Taking a page from Seattle’s playbook, Oak Park, Illinois is planning to go dockless after dropping the local docked operator earlier this year.

Cameron Davis, the village’s new assistant director of the Development Customer Services Department, is currently researching dockless best practices employed by other municipalities, OakPark.com reports. Five start-ups are interested in rolling out locally, but Davis wants to let “at least two” operate in Oak Park to encourage competition, according to the site. Regulatory framework will likely be in place in late 2018.

There’s a twist to Oak Park’s proposed model, however, as StreetsBlog Chicago points out. The village’s trustees Monday endorsed a concept involving “ponds” or “hubs” to serve as semi-official pick-up and drop-off points. The model would essentially make Oak Park’s system a docked-dockless hybrid.

“Having these ponds or areas where people could take or return bikes I think is crucial to the success of any program we implement,” Trustee Deno Andrews said Monday, according to StreetsBlog.

The trustees want to see the hubs located at parks, libraries and schools, and view them as a solution to the much-hyped problem of bikes left strewn haphazardly around sidewalks and other throughways.

Whether the start-ups will push back against those rules remains to be seen. As Next City has covered, operators haven’t been too thrilled about Chicago’s “lock-onto” policy, in which bikes must be left attached to something, rather than standing solitary with their wheels locked.

Small municipalities and suburbs like Oak Park are increasingly turning to bike-share start-ups such as LimeBike and Spin (Beijing-based Ofo, however, has essentially taken itself out of the small-city running). The start-ups, which are investor-funded, offer a system that is essentially free to get up-and-running. And then municipalities can more quickly form multi-jurisdictional partnerships, which make sense in rural and suburban regions where town borders overlap and bleed together.