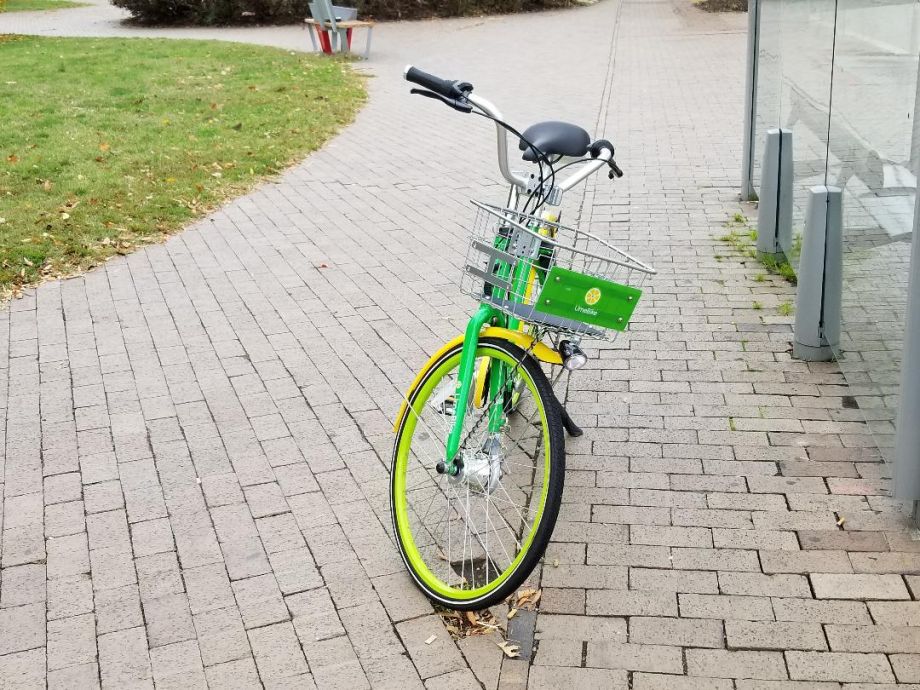 In the Boston area, city-based bike-share is so 2016. Last year, the Metropolitan Area Planning Council announced that it would create a regional system involving more than a dozen small towns and cities. Earlier this year, it signed contracts with two private dockless bike-share operators. Now, that synched-up system has finally begun rolling out, the Boston Globe reports.

So far, the program is up and running in the towns of Malden, Everett, Chelsea, Winthrop and Arlington, all with the help of LimeBike, according to the paper. By the end of summer a total of 15 small cities will be actively participating, meaning that residents in those cities will be able to rent bikes from their smartphones or with cash and ride anywhere within the towns’ collective borders. The Massachusetts cities participating include Arlington, Bedford, Belmont, Chelsea, Everett, Malden, Medford, Melrose, Milton, Needham, Newton, Revere, Waltham, Watertown, and Winthrop.

“Dockless bike sharing brings another transportation option to residents that offers both convenience and a method to reduce one’s carbon footprint,” Arlington Town Manager Adam Chapdelaine said recently, according to the Globe. “As this new program grows we hope to find cost-efficient means to expand the region.”

Bike-share start-ups like LimeBike, Spin and Ofo are increasingly attractive to small, cash-strapped cities because, unlike the public-private partnerships built up in cities like Chicago and New York, they don’t require tax-payer funding upfront. That doesn’t mean they’re universally beloved — a number of policymakers have expressed fear that the start-ups’ venture-funded model incentivizes quick, cheap roll-outs without adequate consideration of the transportation system as a whole or equity-planning to reach already transportation-starved areas. And then there’s the fact that the systems themselves are dockless — and could potentially create a whole lot of sidewalk clutter.

Still, as Marc Draisen, executive director of Metropolitan Area Planning Council, pointed out last year, the model is promising for inter-agency partnerships, particularly in suburban communities where municipalities bleed together.

“These recent rapid changes in the bike-share industry have created a unique opportunity for Boston’s suburbs to launch a large-scale regional bike-share system without having to raise large amounts of public capital,” he said at the time, according to WickedLocal Concord. “Our goal is to have high-quality bikes that will be well maintained, in a system that is easily accessible throughout the participating communities — and we want a seamless experience for riders crossing municipal lines.”

That doesn’t mean, however, that the start-ups have a patent on inter-jurisdictional partnerships. As Next City has covered, established P3s like the Bay Area’s Ford GoBike and New York’s CitiBike have also had some success with multi-city expansions.