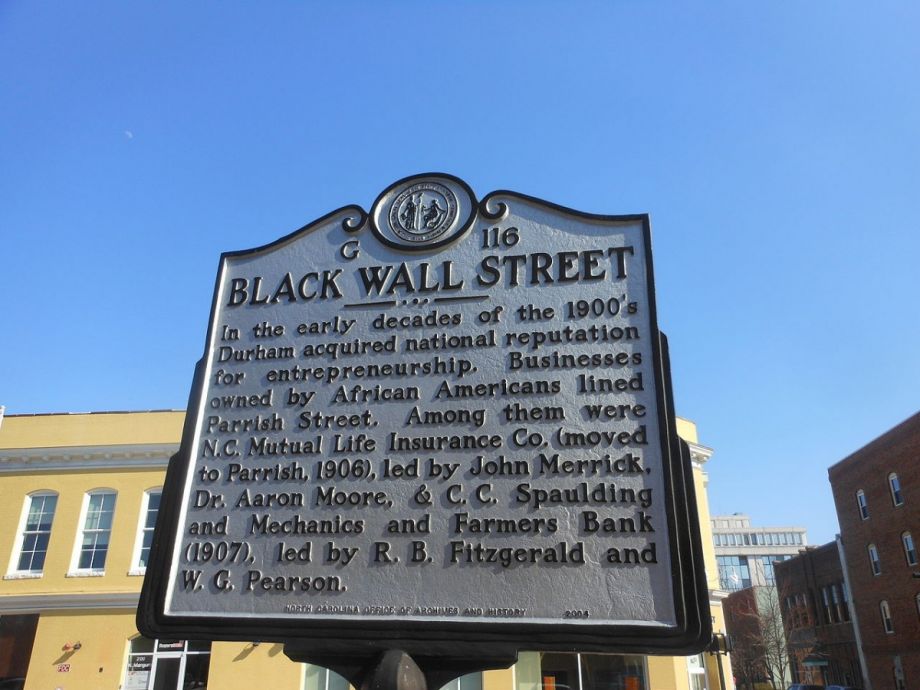 Durham, N.C., was once known nationally for its “Black Wall Street,” a cluster of flourishing black-owned financial institutions and businesses that sprang up around Parrish Street during the Jim Crow era, including some iconic insurance and finance firms such as Mechanics and Farmers Bank and North Carolina Mutual Life Insurance Company.

With 1960s urban renewal projects and construction of a freeway that divided the area, the district’s energy and stability dissipated.

Despite this, the city of 311,000 people, around 40 percent of them African American, still boasts a large number of small businesses owned by African Americans. That segment has even seen growth in recent years, and a network of entrepreneurs organizes an annual Black Wall Street Homecoming event.

Now, propelled by a national fellowship program, the city of Durham is building a plan and a set of tools to help preserve black-owned businesses in the face of an aging baby boomer generation, a new knowledge economy and 21st-century business model shifts that traditional entrepreneurs ignore at their peril.

“Durham has a rich history of African American businesses. Our project is designed to build on that legacy,” says Andre Pettigrew, director of Durham’s office of economic and workforce development.

Many of the city’s black-owned companies are 30 or more years old, with uncertain futures, according to Pettigrew. “Restaurants, funeral homes, auto repair shops, the gamut,” he says. “The owners are ready to transfer. [But] in their families, many of the kids have gone on to college and middle-class professional lives. They’re not interested in running the businesses. So succession planning is a big part of what we’re talking about.”

Pettigrew is one of three city employees serving as fellows in the Shared Equity in Economic Development (SEED) Fellowship, developed by the National League of Cities and the Democracy at Work Institute (DAWI). The fellowship is a year-long program to equip a cohort of cities with expertise, resources and tools to explore employee ownership as a means of retaining businesses and the jobs and wealth they create. Durham is one of four cities selected for the inaugural SEED cohort, along with Atlanta, Miami and Philadelphia.

DAWI Executive Director Melissa Hoover says the fellowship was designed to promote peer-to-peer learning, with fellows traveling to the other participating cities to share ideas and best practices and learn from an advisory panel made up of community stakeholders and local and outside experts.

While the cities had some flexibility in choosing projects, all four are focusing on educating longtime business owners on preserving their legacy by transferring ownership to employees. Possible strategies include conversion to a worker-owned cooperative, in which the business is collectively owned and managed by the workers, or transition to an employee stock ownership plan, in which the company is owned wholly or partly by employees through a trust, and employees cash out on leaving the company.

In mid-November in Durham, the fellowship group toured small businesses in predominantly African American business corridors. Speaking face-to-face with owners — several of whom are right at the stage of pondering what would happen to their business when they’re gone — opened the group’s eyes to a variety of succession planning opinions and challenges.

One owner of an automotive business who is nearing retirement said he is already in the process of selling the business. Although he has good employees, he does not feel ready to hand down his brand — his most precious asset — to them.

“So here we had a business owner who’d started from ground-up, who didn’t trust his brand identity with anyone else,” says Pettigrew. “So he was helping his employees become employed elsewhere. He recognized that being an owner and an employee are two different things. That transition to ownership requires risk-taking and accountability.”

This testimony helped cement for Pettigrew and his team the importance of including supporting employees as business owners and managers in ownership conversion scenarios.

When employees are prepared and able, collective ownership has advantages. “It’s one way to mitigate the fact that there aren’t a lot of individuals with enough assets to [purchase a business],” Pettigrew says. “For one person, it’s highly risky. You need partners. So in this case, you know the others and you know the business. In some ways, it’s the most-informed choice of starting a business. You already know its strengths.”

Raising awareness of succession planning will be a key activity — and not just for the business owners and employees, Pettigrew notes, but for technical service providers, business planners, lenders and small business advisors.

If they can keep those businesses around, there is ample opportunity on the horizon. Durham’s population is in a period of rapid growth, welcoming 20 new residents every day, according to Pettigrew. Many are drawn by the area’s thriving information technology, bio/life sciences and advanced manufacturing sectors. The growth and change bring pressures far beyond the natural cycle of business owner retirement.

“In a generation, North Carolina and Durham have gone through a major transformation, from tobacco, textiles and furniture to a knowledge economy. We are challenged, in that we’re at risk of gentrification — at risk of leaving underemployed and unemployed people behind if we don’t have intentional strategies to support them.”

An influx of professionals with money to spend could be a blessing or a curse for existing businesses, Pettigrew notes. Those with a desired product and modern service delivery could reap additional revenue, while those who are “tired and not ready to adapt” to disruptive technologies might succumb to declining sales and higher rents.

When the year-long fellowship winds down next summer, Pettigrew hopes the city of Durham will have gained deeper connections to its older entrepreneur community and a better understanding of succession planning. “This is not about doing 50 deals by the end of this year. It’s determining if it’s a viable option and [having a plan in place],” he says. “It’s not a panacea, but it’s one oar in the water.”

The SEED fellowship comes at a time of growing interest by cities and advocates in employee ownership as a means of increasing access to business ownership, especially for groups often shut out of the economy, such as immigrants and people of color. There is concern that the wave of aging baby boomers could lead to loss of community anchor businesses. Growing income and wealth inequality has shined a light on the need to build and retain wealth — businesses owned by baby-boomers at or nearing retirement age are valued at an estimated $10 trillion, according to the Exit Planning Institute. Responding to these forces, the recent bipartisan federal Main Street Employee Ownership Act aims to improve assistance and outreach for employee ownership.

“After the recession, a lot of individual wealth was wiped out, especially in the African American community, where most of the wealth was in our homes,” says Pettigrew. “They say the first path to increasing wealth is home ownership — and right after that is being a business owner. So to put employees on the path to business ownership is an important part of this model.”

But, he notes, “If you don’t have an intentional exit strategy, that wealth doesn’t get passed on.”