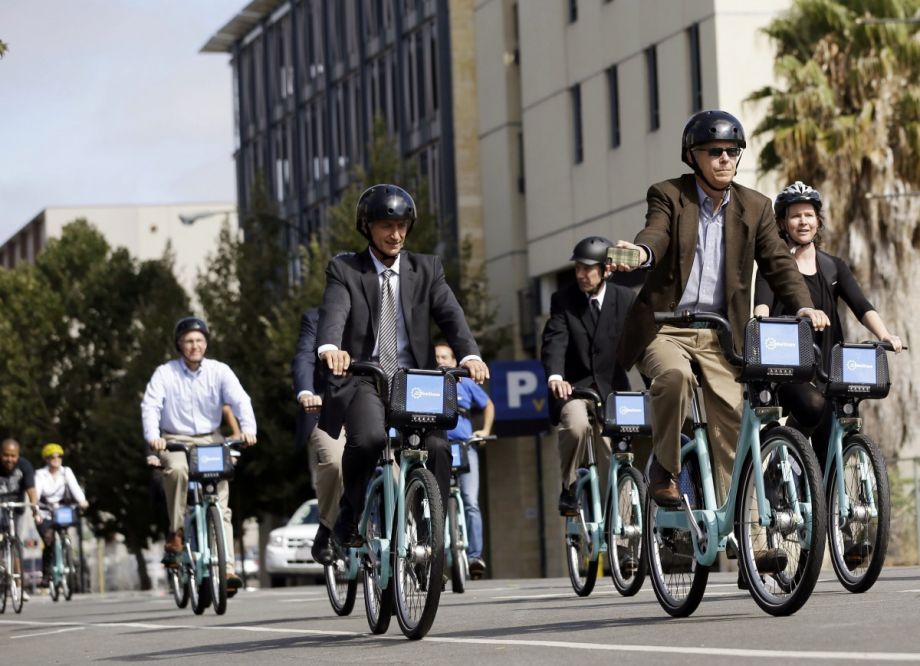 California wants to get 1.5 million zero-emission vehicles on the road by 2025 and the state Environmental Protection Agency is using cap-and-trade revenue to help them get there. Last year, the EPA’s Air Resources Board launched a $2.5 million “Car Share and Mobility Options” pilot project to help disadvantaged California communities access zero-emissions car sharing.

The first round of funding went to projects in Los Angeles and Sacramento. L.A. is using the money for car-share in low-income communities — purchasing vehicles, conducting outreach and education, and subsidizing the program once it’s up and running.

In Sacramento, the city housing authority and a nonprofit housing provider, Mutual Housing, are using the funds to launch a subsidized car-share program in low-income housing communities.

“The use of the vehicles is going to be free to residents in those communities. Seeing as how there are lots of low-income communities in the Sacramento area, I can see an easy path to replicating and scaling this model,” says Tim Hartigan, an ARB air pollution specialist and pilot project lead.

Last week, ARB announced the second year of funding for the project, expanding it to $8 million and giving cities and nonprofits the option to apply to fund bike-sharing projects.

“We had such a good response to the first solicitation, we decided to increase the funding available to see what projects we could get throughout California,” says Sam Gregor, an ARB planning and development manager. “I think we’ve learned a lot in the last few years of what folks need in different communities. We’re trying to encourage not just car-sharing, but other zero emission transportation options as well.”

California bike advocates are, of course, excited to see bike-sharing included in the expanded pilot.

“For about a year now we’ve been advocating for bikes to be included in ARB’s clean vehicle subsidy and incentive bucket,” says Jeanie Ward-Waller, California Bicycle Coalition’s policy director. “We’re glad to see bike-share pop up in the funding plan.”

Ward-Waller says she expects the funds will be used to expand existing bike-share systems into low-income communities, help subsidize low-income memberships or even get a new system off the ground.

“E-bikes can really expand the potential of biking as a transportation mode,” Ward-Waller says. “In a city like Fresno that’s smaller and more spread out, they think e-bikes might make bike-share more viable for them.”

There’s no guarantee any bike-share proposal will get funding, but Ward-Waller says CalBike is “recruiting cities and partner organizations to apply so we can get more bikes out on the street and really prove concept.”

They see bike-share’s inclusion in ARB’s pilot project as a first step. “We want to get bikes into this larger structure of clean vehicle incentives California is providing. We’re still pushing ARB and the governor’s office for a bigger bike portfolio.”

ARB still has lots of details to work out before they open the funding up to solicitations, the biggest of which is getting the state legislature’s approval. Though the legislature already approved the state budget and ARB’s board already approved the $8 million pilot project, California separates cap-and-trade revenues from the regular budget. The legislature will decide on the funding package this summer. ARB hopes to put out the call for car- and bike-share project solicitations this fall.