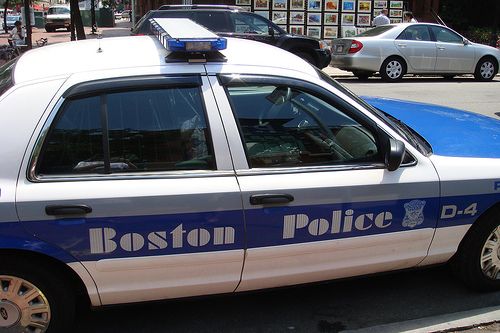 As the number of shootings in Boston climbs this summer, the city has announced its new initiative to combat gang violence by working with the families and neighbors of the area’s most dangerous offenders. Partnerships Advancing Communities Together, also known as Boston PACT, is the city’s new program to single out 200 to 300 of the city’s some 3,500 gang affiliates. This list of high-risk individuals will be distributed to law enforcement and social service agencies so that the groups can work together to support the individuals, their family members and neighborhoods. The hope is that, through social and financial support, the community along with city, state and federal officials can provide incentive to draw people out of gangs or keep them from joining in the first place.

This May’s fatal shootings of two 14-year-old boys within one month prompted city officials, police, religious leaders and social service organizations to develop Boston PACT, announced July 1. Police and city officials have now developed a list of “impact players,” or residents most prone to acts of violence, and will focus on 15 Boston neighborhoods.

Officials say this plan is more unifying and comprehensive than past plans to combat violence with social services. It approaches gang violence as a public health concern rather than strictly a law enforcement issue, and it is structured as a long-term program. Each month Mayor Menino and 11 other panel members will meet to assess the program and allocate resources (cost estimates have not yet been released). After six months, the city will attempt an assessment of the PACT’s impact.

Such an assessment, though, may prove to be difficult. Today the city is battling a system of gangs it calls more reckless and less structured, though admittedly less deadly, than it was in the past. Currently there are 116 known gangs in Boston. In the 80s, there were a mere 15. The city did see a drop in homicides from 152 to 49 between 1990 and 2009, but the gangs responsible for homicides are less motivated by the drug trade, which makes them less predictable and more prone to random or quickly escalated acts of violence.

Just before the 4th of July, city police officials put the list of “impact players” to the test, arresting more than a dozen gang affiliates. The “Operation Boomerang” sweep was an attempt to curb violence over the holiday weekend. On July 4th alone, however, 7 people were shot in 4 shootings in Roxbury and Dorchester. The violence served as a timely reminder of just how daunting the task ahead of Boston PACT is.