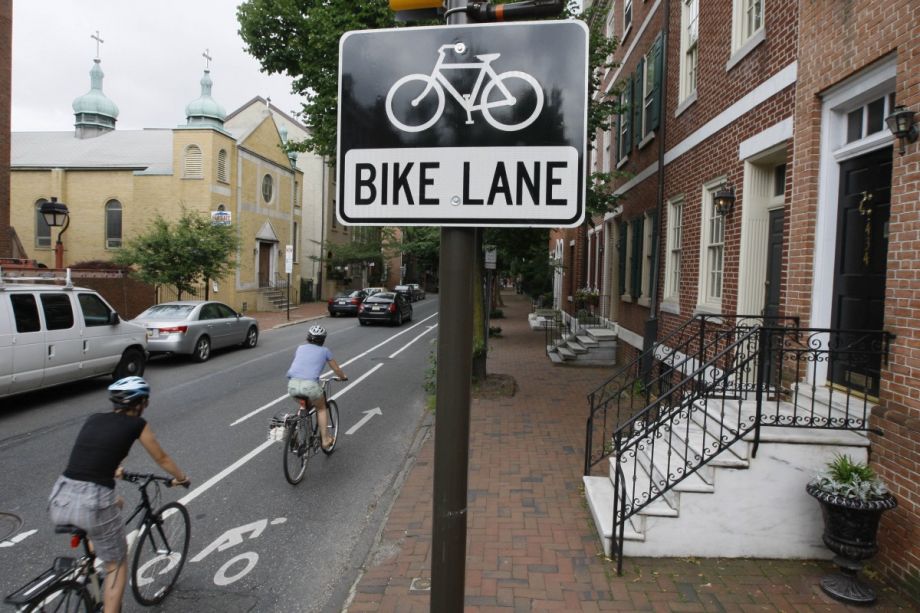 The University of Pennsylvania in Philadelphia last week announced that it will add a bicycle commuting reimbursement to its employee benefits package beginning in January 2017. This means that for regular bike commuters, expenses like tuneups, new bike lights and replacement handlebars will be covered for up to $20 per month or $240 per year.

Thanks to the federal Bicycle Commuter Act, employers can offer the bicycle benefit on top of a salary without being considered taxable income. Ken McLeod, the state and local policy manager of the League of American Bicyclists, describes it as “a tax-preferred wellness incentive, a program that employers would invest in for employee health.” It could also be thought of as a reward for sustainable behavior, and can take the form of reimbursement checks, vouchers to local bike shops, or, as Penn will offer, a direct deposit separate from an employee’s regular paycheck.

Although the IRS sanctioned the bicycle commuter benefit in 2009, it hasn’t been widely adopted. A handful of smaller employers in Philadelphia offer the benefit, but neither City Hall nor the Bicycle Coalition of Greater Philadelphia have data on how many or which ones — nor do they have programs to promote the use of the benefit. The League of American Bicyclists is the unofficial authority on the benefit, offering resources for employers, and for employees, who often push for the benefit to be offered in their workplaces, which is true in Penn’s case.

The university’s adoption comes after nearly seven years of requests. In the two years following the passage of the act, Sadie Robinson, the chair’s assistant in the Department of Genetics, along with David Barnes, a professor in the Department of History and Sociology of Science, separately reached out to the administration to ask for the bicycle commuter benefit and to inquire why it wasn’t offered. Soon after, they connected and organized the Penn Bike Commuters with Penn students, faculty and staff. Eventually, Barnes and Robinson were invited to join the university’s Bicycle Planning Committee, a group of Penn constituents including staff and administrators that reviews issues of regulations, resources and infrastructure at Penn, and is responsible for much of the progress made around bicycling culture on campus. In both groups, cyclists pushed for the bicycle commuter benefit.

Barnes says the university’s official responses always underscored its commitment to a green campus and highlighted how it had supported bicyclists in other ways. Penn “added bike repair stations on campus, supported National Bike to Work Day, and assisted in bringing three Indego Bike Share stations to campus,” according to Brian Manthe, Penn’s director of business services.

Manthe says that in the time between the first requests and now, Penn was figuring out how to pay for new administrative costs to manage the program, and whether to use an external provider or deploy new internal infrastructure. “We weighed those costs against other … transit investments we were making over that same time period and accordingly deferred our participation,” Manthe says. The recent implementation of Concur, a university-wide expense management system, now allows Penn to track expenses for the bike commuter benefit cost effectively.

It’s worth noting that the monthly allotment of the bicycle commuter benefit is significantly lower than that of parking or public transit benefits — which may suggest that, to employers and others, bicycling is an inferior form of commuting in relation to driving or taking public transit, or using a subsidized company car. But for Barnes, getting the bike commuter benefit wasn’t so much about the amount of money. “It was about the principle,” he says.

Adding bicycle coverage to parking and public transit benefits is a step toward equity among all commuters by legitimizing bicycling as a mode of transportation. “[Bikers] deal with a lot of cultural aggressions,” Robinson says. “When that is your daily experience and then you have an employer who doesn’t recognize your mode of transportation as being a safe and viable one, it’s really discouraging.”

“For every person biking, that’s one person not using the parking or transit benefit, which costs more to provide,” says Ben Hammer of Harvard University, which has been offering its employees the bike commuter benefit since 2013 and is a comparable size to Penn. At Harvard, the cost of paying a third party to administer the bike benefit in addition to the benefit cost of $20 per month per bike commuter is far cheaper than building parking space. Employers benefit in other ways when employees are incentivized to commute by bike (and keep their bikes in better working order). Quality Bicycle Products, a Twin Cities-headquartered bike part supplier that offers its employees robust benefits for commuting by bike, counts that among wellness efforts that led to a 4.4 percent reduction in healthcare expenses from 2007 to 2011.

For Robinson and Barnes, it’s about time that Penn recognizes its bicycling employees with this reimbursement. Along with improving infrastructure like bike lanes and providing amenities such as showers and reliable bike parking, the bicycle commuter benefit is part of greater initiative to make biking safer and more feasible for employees. As the biggest private employer in greater Philadelphia, Penn’s move may also serve as a model for other large employers.