Philly Is Racking Up the Bike-Friendly Points – Next City

Philly Is Racking Up the Bike-Friendly Points 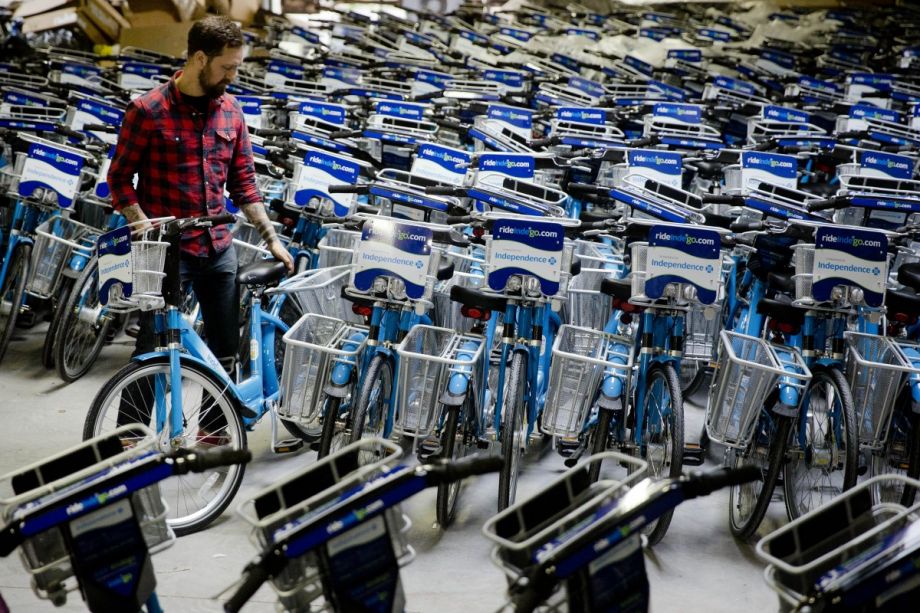 Legions of bright blue Indego bicycles hit the streets of Philly when the city’s new bike-share finally began on April 23rd. And while lagging a bit behind cities that launched their programs years ago, Philly’s bike-share has had a chance to learn from others’ mistakes and has been getting rave reviews.

According to Philadelphia magazine, Indego saw 8,000 rides in its first week of operation. About a third of those rides were walk-up, with riders paying $4 a half hour. About 2,400 riders are members and pay $15 a month for unlimited hour-long trips.

The Tri-State Transformation Campaign noted that what makes Philly’s program stand out is that, for starters, a third of the bikes are in low-income neighborhoods. Also, users who don’t have credit cards can pay with cash at nearby 7-Eleven or Family Dollar Store branches.

Building on the city’s two-wheeled momentum of recent years, the Delaware Valley Regional Planning Commission released a CyclePhilly app (created by Code for Philly) last year to gather user-generated biking data. The DVRPC recently transformed those numbers into a cool map, showing 8,000-plus trips by app users in six months.

As Next City contributor Rachel Dovey recently reported many bicycling and pedestrian safety advocates at the municipal level are looking for better ways to measure multimodal transport. The DVRPC hopes the data will help with bike infrastructure planning, and is encouraging citizen planners and open gov wonks to download the data sets and crunch away. They plan to release more numbers and maps and analysis this year.