It’s Settled: No Country Does Water Management Better Than the Netherlands – Next City

It’s Settled: No Country Does Water Management Better Than the Netherlands 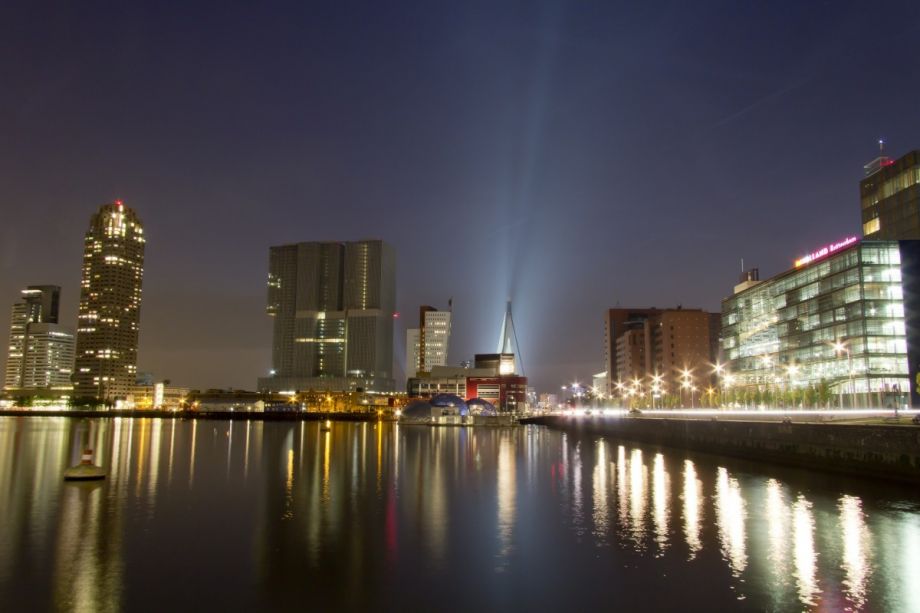 Rotterdam and its river. (Photo by Luke Price via Flickr)

Over the past year, this column has looked at more than 25 different projects around the Netherlands that are intended to increase this country’s resiliency, particularly in regards to climate change. These projects have ranged from sustainable citywide heating systems to outlawing antibiotics for livestock, and there are new projects gaining traction every day. In the Netherlands, these projects are evidence of a clear commitment to both adaptation and advance planning.

Although it’s known for innovation in a variety of areas, this country consistently leads the way when it comes to water management. Nowhere is that more obvious than the Dutch government’s $2.8 billion Room for the River project. The project itself represents a huge departure from traditional thinking. Instead of fighting the water, Room for the River embraces the concept of seasonal and tidal flows. It re-imagines the existing landscape and provides better protection for the four million Dutch people living in areas prone to flooding.

It does this by taking a national perspective on the problem and breaking the solution down into 39 large infrastructural projects implemented along the country’s waterways. The project is also a world-class example of teamwork, with seventeen partners at various levels of government as well as private companies, engineering firms and research universities. The Ministry of Infrastructure and the Environment is ultimately responsible for the success of Room for the River, but there is also cooperation with neighboring governments who share the Netherlands’ river network. These bilateral partnerships ensure that Room for the River will engage the issue of flooding at its source.

Although the project uses different measures to do so, the main idea of Room for the River is to return the natural floodplains to the river. By expanding the floodplains and relocating people from vulnerable areas, Room for the River allows for greater volumes of water to pass safely through the country. This is key for a future where storms are predicted to cause more extreme rainfall in shorter amounts of time. Individual projects along the Dutch waterways include dredging deeper riverbeds to accommodate more water, moving dikes further back from the riverbanks and even excavating floodplains to create a more natural topography. Instead of simply building higher dikes, people living along the riverbanks are moved further inland and the land is reclaimed as spongy wetlands. This creates a natural water storage system that also supports biodiversity, recreation and increases the aesthetic value of these areas.

Some of the projects seem absolutely counterintuitive for country that has spent more than two millennia doing just the opposite – reclaiming land from the water. The idea of lowering groynes and de-poldering riverside areas would make many a Dutch engineer from the previous century roll over in his grave. But today, these innovative ideas are being embraced as the best long-term solution to rising water levels and increasingly powerful storms.

To ensure its social success, people living in areas affected by Room for the River have been asked to sell their properties to the government at market value. Of course, not everyone is happy about moving and some farmers have negotiated with the government to create mega-terps, or raised hills, where they can continue to reside within the expanded floodplains. This negotiation is exemplary of the government’s flexible approach to the project: public opinion is valued and sensitively considered.

Implementation of the ambitious project was started in 2007 and is scheduled for completion in 2015. Many of the projects are already finished or well underway. For the Netherlands, Room for the River may be the most impressive water management project since the completion of the world-famous Delta Works in 1997. It proves, once again, that this country is constantly looking to the future and improving on existing techniques. The Netherlands is not afraid to use innovative strategies to secure its future, and this open-minded, collaborative approach may very well be the key to establishing a resilient, sustainable and dry Netherlands for future generations.