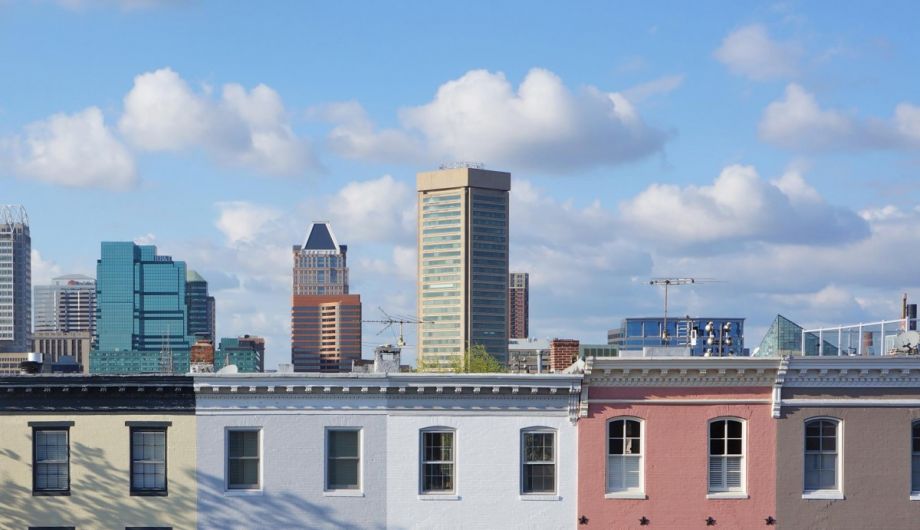 A new law in Baltimore prevents landlords from denying housing to low-income tenants who use federal Housing Choice Vouchers to pay their rent, but some fair-housing advocates are worried that an amendment attached to the bill could set a dangerous precedent.

The law, introduced last year by Baltimore City Councilman Ryan Dorsey, bans discrimination on the basis of a tenant’s source of income, so long as the income is lawful. Under the law, landlords will be unable to turn away voucher holders simply for paying their rent with a voucher rather than with earned income, a rule that is already on the books in dozens of cities and several states, according to the Poverty & Race Research Action Council. (Housing Choice Vouchers, also known as Section 8, are administered by local housing authorities, and made available to very-low-income families to make up the difference between their incomes and market rents.)

In a blog post published at the time he introduced the bill, Dorsey wrote that voucher holders should have as much access to the rental market as tenants with other types of incomes, and that the bill was meant to chip away at the concentration of poverty in Baltimore created by a legacy of discriminatory and segregationist policies.

“100 years ago, Baltimore passed housing laws that sought to legally code racism and discrimination into the urban fabric in the name of market stability and neighborhood character,” Dorsey wrote at the time. “In the century since, Baltimore [has] been subjected to one form of housing discrimination after another; redlining, racial covenants, block-busting, sub-prime lending, and policies creating concentrated poverty.”

The bill had 10 sponsors upon introduction, enough support to get it passed, according to The Baltimore Sun. But in the weeks before the bill came to a final vote, as several outlets have covered, City Council President Bernard Young, who is now serving as acting mayor while Catherine Pugh is on a scandal-induced leave of absence, sponsored an amendment that makes exceptions to the rule. Under the amendment, buildings would be exempt from the ban if at least 20 percent of their units are already rented to tenants using Housing Choice Vouchers. The bill was later amended further to include a “sunset provision,” which would require the city council to decide whether to maintain or remove the exemption after four years.

Dorsey tells Next City that he voted against Young’s amendment, but after the amendment passed, he still voted in favor of the amended bill. The landlord lobby in Baltimore, which Dorsey describes as “incredibly empowered and generally unchecked,” was opposed to the bill. And Dorsey says that Young felt that landlords would be more likely to abide by its provisions if the city council compromised.

“I understand and respect the Council President’s logic, and I also know that it’s an ugly sentiment to say that at a certain point, we accept discrimination,” Dorsey says. “And that’s the more prominent point.”

As a basic matter of civil rights, Dorsey says, it’s unthinkable that a law banning discrimination on the basis of race or sex or religion would be capped in the same way. Real estate lobbyists initially wanted the exception to start when five percent of tenants of a building are using housing vouchers, Dorsey says.

“The fact that they would suggest such an offensive thing was a clear indicator of how unwilling they are to see this issue from the perspective of need,” Dorsey says.

Some landlords say that dealing with housing authorities to rent to tenants with Housing Choice Vouchers creates logistical burdens, arguing that the extra hassle should allow them to turn away voucher holders. As Adam Skolnick, executive director of the Maryland Multi Housing Association, wrote in The Baltimore Sun last year, “Public housing authorities and HUD make [the Housing Choice Voucher] program onerous with extra inspections, paperwork including a qualification process and an inequitable HUD contract. If HUD loosened some of these burdensome requirements, perhaps more rental providers would participate in the program.”

But housing advocates say the 20 percent exception is almost unheard of among jurisdictions that have passed anti-discrimination laws on source of income. (The only apparent exception is in nearby Howard County, Maryland, where a similar exemption to source-of-income discrimination rules is in place for buildings with at least 20 percent of residents on an assistance program.)

“Saying we’re going to allow discrimination around income at this point but not at this other point seems pretty arbitrary to me,” Roller says.

Source-of-income laws have become much more common in the last five or ten years, says Philip Tegeler, president and executive director of the Poverty & Race Research Action Council. The fact that Baltimore has created an exception is troubling, he says.

“This kind of exception that Baltimore is trying to do is not helpful to the trend,” Tegeler says. “It’s really going backwards in some respects.”

Not only does the amendment seem to go against the spirit of the bill, advocates say, but it also presents obstacles for enforcement. Because information identifying individual housing voucher holders is not public, there will be no simple way of knowing whether a landlord has reached the 20 percent threshold or not. And enforcing source-of-income discrimination laws is key, says Tegeler. It’s important for cities with source-of-income protections to carry out well publicized enforcement measures “so that the market is aware” that the laws are taken seriously, Tegeler says.

In short, Tegeler says, “We think it’s a bad idea. This is a new protected class, and you shouldn’t be giving landlords license to discriminate against voucher families.”

For Dorsey, the amendment was a frustrating asterisk on a bill he’s otherwise proud of. But he’s hopeful that the sunset provision will keep the exception from being permanent.

“We’ll see over the next four years how many claims of discrimination come forth,” Dorsey says. “And we’ll see at the end if the landlords can substantiate that there was ever a need for a cap.”