Brandi Thompson Summers on “Black in Place” – Next City 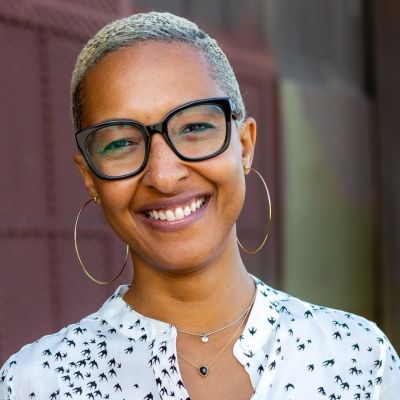 In the 1970’s, Washington, D.C., by and large was a black city. So much so that the nation’s capital garnered the moniker “Chocolate City.” While gentrification is an issue in cities that served as havens for black people during the Great Migration, between 2000 and 2013 Washington, D.C., had the highest percentage of gentrifying neighborhoods in the nation. Between 2000 and 2010, 110,935 black people were displaced from Washington D.C.

With this level of gentrification, the economic and cultural landscape of the nation’s capital has shifted to reflect that of its newer residents. In her book, “Black in Place: The Spatial Aesthetics of Race in a Post-Chocolate City,” Brandi Thompson Summers explores how aesthetics and race converge to locate or map blackness in Washington, D.C. She demonstrates the way that competing notions of blackness structure efforts to raise capital and develop land in the gentrifying city.

“There's this emplacement of blackness on the street that is favored more over black people actually existing in the city and in the neighborhood,” says Summers. “And in that way, I think aesthetics needs to become a really important element as we think about gentrification, as we think about displacement, because we do invite certain ideas or certain objects of taste, and then push out certain ideas of what is beautiful, what is interesting, what is creative.”

Brandi Thompson Summers is an assistant professor of Geography and Global Metropolitan Studies at the University of California, Berkeley. Her next book project is an interdisciplinary study that examines the complex ways in which uses of space and placemaking practices inform productions of knowledge and power. The study engages research by examining representations and experiences of space, place, and landscape in Oakland, California, across historical contexts. Summers has published several articles and essays that analyze the relationship between race, power, aesthetics, and urbanization that appear in both scholarly and popular publications, including the International Journal of Urban and Regional Research (IJURR), ASAP/Journal, QED, Public Books, and The Funambulist.