Op-ed: The severe impact of highways and pavements on the health of land, water, and people are giving us a reason to adopt a new way of thinking.

Across the U.S., cities are proposing to remove inner-city highways. Constructed in the 1950s and 1960s, these massive highways razed low-income, Black communities. They also sacrificed land used for housing, parks, and businesses and led to urban population loss. Planners had miscalculated — or deliberately ignored — the full impact of that large infrastructure.

But there’s another harmful infrastructure that should also be considered for removal: the extraordinary amount of pavement in U.S. cities that has come to characterize urban life. Pavement — comprising roads and parking lots — takes up roughly 30% of the city surface. It pollutes waterways through rapid run-off, generates flooding in neighborhoods, and activates temperature rise through the urban heat island effect. Selectively removing pavement infrastructure (usually replacing it with something better and healthier) would make cities more livable.

In 2004, satellite images revealed that impervious land surface across the U.S. totaled 43,000 square-miles in the U.S., roughly the size of Ohio. Imperviousness includes all surfaces that don’t infiltrate water, such as buildings, streets, parking lots, and ports — basically, any ground surface that has been developed for urbanization, transportation, or industry by replacing the natural landscape with buildings or pavement.

Of that landscape, approximately 4 million linear miles are roads. That might not seem like a lot given the scale of the U.S, just as the size of Ohio might seem small given the size of the continent, but roads and pavements are concentrated in cities. These U.S. pavement maps show that quite well where cities appear as large splotches on the map.

Even though cities only occupy 2% of U.S. land area, 28% of the nation’s pavement is concentrated there, and within those cities, street and parking lot pavement alone covers roughly 30% of the ground surface. Imagine for an average city block that one-third is paved — then imagine extending that percentage out across the whole city.

The national road system and post-War World II urban sprawl is largely to blame, centering the automobile as the primary transportation mode in the U.S. Today, the U.S. has one of the largest per capita pavement percentages in the world. Ample street dimensions and minimum parking requirements ballooned pavement in cities and suburbs. In the U.S., roads came to signify economic progress and mobility.

But just as those roads connect, they also divide. As highways have finally been acknowledged as spatial and racial dividers, streets and parking lots throughout neighborhoods also divide people—from land itself.

According to some public space advocates, having streets is not necessarily a bad thing. Streets are important public spaces that supplement parks. The presence of the street may be one thing, but the surface material of that street matters entirely.

Approximately 93% of roads are paved with asphalt. Asphalt is a 19th-century technology which is impervious to stormwater, includes a crude oil binder, and releases harmful air pollutants and carcinogens. The human impact is felt through urban flooding, heat waves, and respiratory health problems. Notably, the distribution of that pavement is disproportionately felt by the absence of shade trees in low-income areas.

When asphalt is poured throughout neighborhoods for roads and parking lots, soil is sealed, small animals and microbes living in the earth are suffocated, rain can’t penetrate and therefore runs off, and trees and other plant roots cannot grow so they die.

In other words, highways have physically cut off communities, and the asphalt itself has been a killer of our natural environment. That local natural environment which cleanses air, cools city surfaces, buffers storms, and supports biodiversity is essential for sustaining human health.

Given that we have more streets and parking than truly needed, removal of this harmful infrastructure is a necessary part of urban adaptation and climate justice.

Urban highway removal has led to astonishing benefits. In San Francisco, highway removal was controversial until the 1989 Loma Prieta earthquake led to the decision to take highways down and open up shoreline access to urban communities. In Seoul, Korea, highway removal uncovered the buried Cheonggyecheon River converting it to an active public space, literally breathing new life into the downtown.

For example, initiatives like Depave in Portland and Space to Grow in Chicago have worked with numerous schools in each respective city to transform asphalt playgrounds into gardens and stormwater surfaces, reconnecting people with land and with each other. 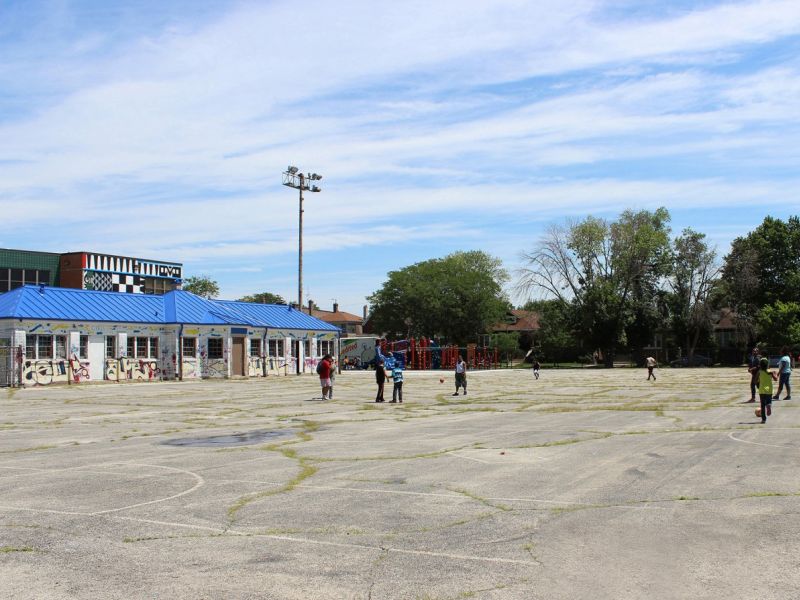 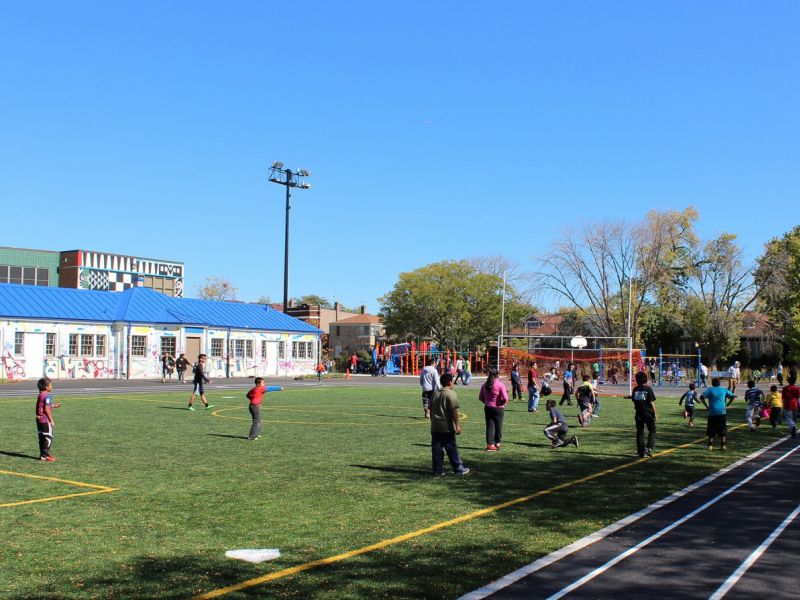 A larger city-wide planning effort called superblocks in Barcelona, Spain, will transform the interior streets of nine square blocks, restricting vehicles to the perimeter roads, with some streets becoming parks.

These built (or “un-built”) examples of highway removal and depaving reflect life-changing ways to occupy cities and streets.

Still, the decision to remove infrastructure requires a mind shift for most people. Research shows that when people are asked to improve an object, idea or situation, they typically think about adding something, not taking something else away.

But the severe impact of highways and pavements on the health of land, water, and people are giving us a reason to adopt a new way of thinking, as did the height of the pandemic in the U.S. when streets were appropriated for cafes and neighborhood events. In depaving our cities, we can imagine how to make those social spaces permanent — and environmentally sustainable.

Mary Pat McGuire is an associate professor of landscape architecture at the University of Illinois - Urbana Champaign, director of Water Lab in Chicago, and co-editor of Fresh Water: Design Research for Inland Water Territories. She is a 2020-2021 public voices fellow of the Op-Ed Project.