Mike Lydon, co-author of the new Smart Growth Manual, tells NAC about working on the book, which strives to define “smart growth” and advise both planners and the average citizen on how to translate the concept into urban reality. Here, Lydon talks with NAC about the manual’s origins, the writing process and why the time is finally right for it.

Mike Lydon, co-author of the new Smart Growth Manual, is a member of the Next American Vanguard, a group of 34 young advocates, planners and policymakers representing America’s next generation of urban leaders. He formerly worked at the planning firm Duany Plater-Zyberk & Company alongside Andres Duany, who wrote Suburban Nation: The Rise of Sprawl and the Decline of the American Dream along with Jeff Speck, another prolific planner and urban designer. Lydon helped the two write and edit The Smart Growth Manual, a “companion volume” to Suburban Nation that seeks to thoroughly define “smart growth” and provide advice and best-practice examples of how to translate the idea into urban reality. San Francisco Mayor Gavin Newsom has called the book an “indispensable guide to city planning,” and the website Planetizen recently named it as one of the 10 best planning, design and development books of the year. Here, Lydon tells NAC about working on the book. 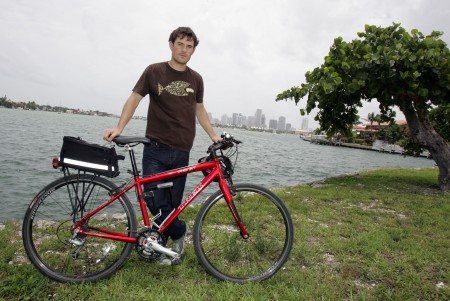 Tell us a bit about the history of the project.

The Smart Growth Manual was originally conceived as the follow-up to the highly successful Suburban Nation, written by Andres Duany, Elizabeth Plater-Zyberk, and Jeff Speck, published in 2000. Jeff set out to write the The Smart Growth Manual as a user-friendly guide to combating the problem of suburban sprawl so clearly identified in Suburban Nation. Jeff, who was still the Director of Town Planning for DPZ at the time, took a sabbatical to write the first draft. As Jeff tells it, Andres read the draft but felt that there was just too much changing in the planning field for the book to move forward; too many smart growth projects just coming out of the ground; too many new policies whose outcomes could not yet be measured; and too many related movements — such as green building, global warming/environmental groups, public health advocates, smart growth, New Urbanism, etc. — that had not yet achieved the traction that they have today. So they decided to hold off on the project and observe, while also continuing to refine and advance their own work.

How did this decision play out?

When one thinks about how far the allied smart growth groups have advanced, and in many cases merged, I think their decision was a prescient one. The last eight or nine years demonstrate how far the smart growth movement and its principles have advanced. Many more projects have been built and measured, the research connecting land use and urban form with public health and global warming concerns is undeniable, the effect of Al Gore’s Inconvenient Truth brought some of our concerns mainstream, and most recently LEED building regulations have started certifying growth at the neighborhood scale, and not just stand alone buildings. Additionally, numerous policies have been crafted to address global warming, transit system expansion, active transportation, walkability, form-based codes etc. All of this is in tandem with changing demographic trends for the reclamation of American urbanity. It is remarkable.

How did you come on board to help with the book?

After serving as an intern for DPZ in 2006, I was hired in 2007. Andres understood that I enjoyed writing and the history and trends associated with the movement. Interestingly, I read Suburban Nation as a junior in college — this was 2003 — and immediately set the goal of one day working for DPZ. Anyway, at the time, Andres started observing what he called the convergence, or “perfect storm” of three distinct crises — economic melt down, global warming, and peak oil — and the effect it was having on the popular consciousness. Additionally, things had advanced in the field to the point that he felt it was time to revive the book. After I got settled at DPZ, Andres told me to dig into the firm’s research files, pull out the document that was the first draft, and to contact Jeff. The project was back on.

How did the three of you approach your work on the book?

Many of the points and the basic structure of the book remained relatively unchanged, as Jeff had written a great draft. However, it was clear from the first read that much had changed: There were many more examples of smart growth project and policies to highlight. And the design of the book itself needed to be made as user-friendly as possible.

I was tasked with updating the research, revising and drafting new points, fact checking, contacting several planning and design firms for images that best illustrated smart growth, and managing the overall document. Jeff did the heavy lifting by continually polishing the overall work, further editing my edits, and writing most of the new points. The project really was his baby. And Andres served as the master editor, taking a day every few months to guide the layout, the language, and the addition or subtraction of points and images.

The three of us had several debates over every imaginable detail of the book, from content to layout, to color choice and design. This was an education for me. We ultimately hired Dave Gibson, who lives in England, to do the final draft layout. We are glad we did, as he truly polished the aesthetic and organization of the book.

How has the response been?

While the book was released only a few weeks ago, the response has been fantastic. Our professional colleagues have had very kind things to say, and last week Planetizen ranked it as one of the ten best planning, design, and development books of the year.

More importantly, I think, is that the timing is right, especially with a new administration that seems amenable to the 150+ principles contained between the book’s cover. There is also a sense of urgency with the book, and a strong feeling that we have been successful in making the book as accessible as possible – that was always the intent. The principles, many of which are not all that new to smart growth practicioners, matter now more than ever, and we are just pleased that the book brought them together, and may help advance the practice and dialogue surrounding the converging challenges that face us all at this point in history.

My hope is that the book serves as a base from which to collectively advance the practice of smart growth so that in the next few years a revised addition will be needed to keep up with the progress. To me, and I think for Andres and Jeff, that will be the true demonstration of success.