The Secret Behind Wichita’s Success With Emergency Housing Vouchers

Nationwide, only 20 percent of federal housing vouchers are being used. In Wichita, it’s 70 percent. Here’s how it happened. 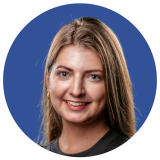 Joseph “J.W.” Harris received an emergency housing voucher in August 2021, which helped him transition out of homelessness and into an apartment complex on North Topeka Avenue. (Photo by Alex Unruh/The Beacon)

At the grocery store, pick up barbecue sauce, a jar of spaghetti sauce, elbow noodles and a chicken breast — without the bone.

When you get home, boil water for noodles and add some barbecue sauce to the pot, for flavor. Fry your chicken.

Voila! Joseph “J.W.” Harris Jr.’s special recipe for Southern-style barbecue chicken spaghetti. It’s one of the many dishes he’s been crafting since moving into his home in The Studios. The low-income housing apartment complex is run by HumanKind Ministries for people transitioning out of homelessness. The ability to make his own meals is one of the best parts about his new apartment, Harris said.

“You can cook your own stuff,” he said. “You’re more independent here.”

Harris, 46, moved into The Studios last fall using an emergency housing voucher. These provide rental assistance funded by the federal government for people experiencing homelessness or fleeing domestic violence. But the vouchers, which were meant to provide relief during the pandemic, are vastly underutilized. As of March 15, only 20% nationwide are being used to lease apartments.

Challenges, including a tight housing market and skyrocketing rents, have made it difficult for those who receive vouchers to find housing. Plus, the emergency voucher program has “added complexity,” according to Brian Handshy, regional public affairs officer for the U.S. Department of Housing and Urban Development. That’s because it requires close collaboration between government and nongovernmental organizations like nonprofits.

Wichita, though, stands out with its success in the voucher program. About 70% of the 142 emergency vouchers Wichita received are currently used to help residents rent apartments, according to federal data as of March 15. This gives Wichita the second-highest utilization rate among the 50 largest cities nationwide at using emergency housing vouchers.

The storm’s path of destruction left him homeless. His work in the oil fields dried up in its aftermath.

“After Hurricane Katrina hit, a lot of Mississippi people and Louisiana people, a lot of people from down there, started moving up this way,” Harris said.

He came to Kansas in 2010, knowing no one. Since then, Harris has been in and out of permanent housing, co-workers’ homes and shelters. Last summer, he reached the 30-day limit of a shelter where he was staying. He moved downtown and stayed at The Inn, a shelter run by HumanKind Ministries.

Around the same time, the Wichita Housing Authority was preparing to distribute its emergency housing vouchers, which became available on July 1, 2021. The agency wanted to distribute them as quickly as possible — and the housing authority had two tricks up its sleeve, according to Sally Stang, director of Wichita’s Housing and Community Services Department.

“We were two years ahead,” Stang said.

The emergency housing voucher program requires agencies that work with people experiencing homelessness or fleeing domestic violence, like HumanKind, to refer potential voucher recipients to the housing authority, which then approves that person for an emergency voucher.

Emergency housing voucher use among 50 largest cities in U.S.
Wichita has the second-highest utilization rate, behind only Arlington, Texas. (Source: HUD EHV Data Dashboard, as of March 15 • Graphic by Celia Hack/The Beacon)

The initiative requires coordination between nonprofits and the housing authority — something Wichita had in place prior to the emergency voucher program. In 2020, the Wichita Housing Authority established the homeless preference program. This allows homeless service providers to refer homeless people to the city’s already-existing housing choice voucher program and be popped to the top of the list. The city receives 3,047 housing vouchers that are separate from the emergency housing vouchers.

When the Wichita Housing Authority received the emergency vouchers in 2021, nonprofits already had infrastructure in place to communicate with the city about who was homeless and in need.

“I kind of laugh about it because we set up what we call our homeless preference program, and it works very similar” to the emergency voucher program, Stang said.

The Studios, where Harris lives now, filled in a major part of the puzzle — once someone gets a voucher, where do they go?

“For us, it wasn’t a challenge, because the facility (The Studios) was right there, literally ready and waiting for people,” said Emily Lohfink, marketing and communications manager with HumanKind.

The city decided in December 2020 to use $4 million of federal COVID relief funds to buy a former hotel and renovate the facility into permanent housing, now known as The Studios. The apartment complex on North Topeka Avenue specifically targets helping those experiencing homelessness. Rents don’t exceed $550.

The Studios opened on October 4, 2021. Harris moved in the same day. 27 of the 54 units are filled with residents using emergency housing vouchers, Stang said.

‘Private Landlords Kind of Shy Away’

When Harris learned in late August that he was getting an emergency housing voucher, he spent time calling apartment complexes that he heard might be a fit.

But outside of The Studios, he had no success. One complex he called wouldn’t accept his emergency voucher.

“That kind of put a turn on me,” Harris said. “You only got a certain amount of days.”

The emergency housing voucher comes with a deadline — if you don’t find housing within 120 days of receiving it, you lose it. Agencies that worked with clients who received the vouchers said it was a challenge to find landlords who would accept them.

“Early on, a lot of landlords and apartment complexes didn’t really know what this was,” said Keri McGregor, program director at Harbor House, which works with domestic violence survivors. “And I think they were hesitant to accept something when the participant isn’t able to pay for it on their own. I think private landlords kind of shy away from that.”

Stang said that building The Studios was one part of the solution to this problem. So is an incentive program that provides landlords with support when leasing to tenants who experienced homelessness.

Even though finding housing could be a challenge, McGregor said she didn’t know of anyone whose voucher expired because they couldn’t find housing. Neither did Tracey Gay, director of client services for the Wichita Family Crisis Center.

This success may have been helped by Wichita’s housing market. Average rent in Wichita is less than half the national average as of October 2021. And according to iProperty Management, Wichita’s rental vacancy rate is 9.7% — about 62% higher than the national vacancy rate. This vacancy rate is higher than what’s considered healthy, according to Kirk McClure, a professor emeritus at the University of Kansas who studies housing.

After years of rotating between living situations, Harris said he plans to stay at The Studios for the foreseeable future.

The emergency housing vouchers allow this, Stang said. Tenants can use them through 2030.

But for the time being, Harris has a lot of goals he is working toward. And he’s starting with teaching cooking classes at The Studios. He wants to share how he makes meals with just a microwave, toaster oven and electric skillet.

This story was originally published by The Wichita Beacon and appears here as part of the SoJo Exchange from the Solutions Journalism Network, a nonprofit organization dedicated to rigorous reporting about responses to social problems

Celia Hack covers local government for The Wichita Beacon. She is a Report for America corps member.