My son’s friend was shot dead and found on the street. How can I explain that to an 11-year-old? 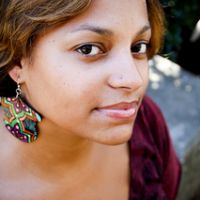 It’s one of those breezy New Orleans days in October where the weather is perfect and the windows are down, the sun shining.

I’ve just picked up my 11-year-old son from school.

I don’t know that I believe him.

I choose my next words carefully. “What happened to George is … ”

There is a silence. He interrupts me. The coolness still feels good on our skin. Traffic is speeding along.

“Do you know why they did it?” His tone is laconic.

“There isn’t a suspect or a motive. Yet.”

I glance over at him sitting in the passenger seat dressed in his school uniform and favorite gray hoodie. He stares straight ahead.

“I just don’t want to talk about it.”

George D. Carter III, 15, was the 12th juvenile homicide in New Orleans this year, killed by gunfire. His body was found by police on Tuesday morning in the middle of a residential street, next to an overgrown, abandoned lot.

My son drew his mouth tightly into his face and braced himself, “Where ever you got that information, did that person tell you why he got shot?”

I had no words.

My son picked up his iPhone. I saw the Nola.com article flash on the screen, the photo of his friend dead on the ground, the scene cordoned off with yellow police tape. He threw his phone face down on the carpet.

My son met George two years ago through Kids Rethink New Orleans Schools, a local youth leadership development organization that has garnered national acclaim for teaching young people how to improve their environments through research and organizing.

By then, George was a Rethink veteran. He had been organizing for five years, having joined the organization at the age of 7. He had a particular interest in ending the school-to-prison pipeline, and in architecture and gardening.

“George was a freedom fighter. He was going to make sure that he was always on the right side of justice. George taught me to stand tall. For many years, he was the shortest person in the bunch, but his power and light stood 20 feet,” remembers Thena Robinson Mock, former Rethink executive director. “He challenged New Orleans to be the best it could be to its young people, and he made sure that you saw him, heard him and felt him.”

I have no answers when my son asks why George is gone. I can’t explain why young people too often die violently in the street. I can’t tell him that I’m scared because I don’t know how to keep a black boy safe from gun violence, street violence, police violence.

This isn’t the first time we’ve had to discuss the loss of young black life. Trayvon Martin. Michael Brown. The countless other young black boys whose names become headlines only when they are killed.

Since the federal government began tracking crime rates in U.S. cities, New Orleans has hovered in the top 10 of most murderous cities. In 2012, there were 53.2 homicides per 100,000 residents. Eighty percent of the homicide victims are black males, mostly teens.

A well-known chant is “I’m from that 9 and I don’t mind dying.” That 9 refers to the Ninth Ward, the part of the city where George was killed.

Fully aware of my city’s struggles with violence, crime and a fragmented educational system, I continue to raise my son here. I seek out the bright spots like Rethink and try to shield him from the lurking danger.

I keep him close, limit outside play, drive him to and from school, and send him to his grandparents’ house in the suburbs on the weekends where he can ride his bike and go to the park alone. Sometimes he feels smothered and wants to venture out on his own a bit. I don’t let him. I’m too nervous.

I know what kind of city we live in. If he didn’t know before, now with the loss of George, he is beginning to understand.

George Carter’s family is accepting contributions to cover funeral expenses. Rethink is processing these donations and 100 percent of funds received will go to the family. Go here to donate.

jewel bush is an award-winning journalist and writer living in New Orleans. Her newest piece, “Related Somehow to Africa: Black Palestinians and the Search for Shared Identity,” appears in Issue 115 of the Harvard University journal, Transition.