Op-Ed: The ‘at will’ employment doctrine emerged out of the 13th Amendment backlash in the decades following the Civil War. It still harms workers today, but a growing movement in cities wants to change that. 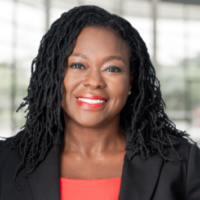 In the United States, most workers can be fired from their jobs for almost any reason or for no reason at all, due to a 150-year-old legal doctrine known as “at will” employment, which remains the law in 49 states. Under at-will employment, it’s perfectly legal for employers to fire workers without a fair process, advance notice, or a legitimate reason.

These unjust firings are remarkably common, jeopardizing the economic security of workers of all races but especially that of people of color. One in two U.S. workers (47% of workers overall, 50% of Black workers, and 52% of Latinx workers) have been unfairly or arbitrarily fired at some point in their lives.

While this is considered business as usual in the U.S., it is not tolerated in most other industrialized countries. The difference between the United States and a majority of European nations, Japan, Mexico, Australia, and other countries that prohibit unfair firings, is slavery — our nation’s original oppression and the foundation upon which many of today’s injustices were built.

Out of Slavery’s Soil

The at-will employment doctrine — which dictates that employers can legally fire workers without warning or explanation — was never voted on or decided through any democratic legislative process. Instead, over the course of several decades, conservative judges across the country — eventually including the U.S. Supreme Court — sided with railroad companies and other proponents of at-will employment. They imposed the doctrine through judicial rulings in the decades following the passage of the 13th Amendment, which banned slavery and most forms of servitude.

Tracing the at-will doctrine’s history reveals that it grew out of the soil of slavery and servitude and was cemented in the legal system as a product of industrialists’ efforts to repress worker organizing.

After the 13th Amendment became law in 1865, employers sought new ways to exercise power over workers, including formerly enslaved Black people and bonded immigrant laborers. Some freedmen were fired for simply demanding to be paid what they were owed, for example, while others were fired for attempting to vote or for voting against their boss’s interests.

Railroad companies — which, up until then, had relied on various systems of servitude for their labor — were among the biggest employers during this period and had an outsized role in the backlash against the 13th Amendment and Reconstruction efforts to empower workers.

Proponents of the at-will doctrine couched their arguments in relation to the 13th Amendment, arguing that if workers had the “right to quit” without restrictions, employers should have a “right to fire” without reason or explanation. But as legal historian Lea Vandervelde explains, these arguments represented a perversion of Congressional intent:

“Throughout [the Congressional discussions during Reconstruction] no one articulated that this anti-subordinating constitutional protection — the right to quit — entailed a reciprocal right permitting masters the freedom to discharge workers at will… Yet, a mere decade later, the concept that these two rights were connected was used to bootstrap vulnerable workers’ fundamental constitutional rights into a claim that the employer could fire employees at will.”

The at-will doctrine came of age as a legal norm during the period of labor unrest in the half-century following the Civil War. Railroad companies and judges friendly to their interests sought to use the doctrine to limit the growing power of organized railroad workers, who staged large multi-racial labor uprisings around the country in the struggle to define what “free labor” should mean in the post-slavery context.

The at-will doctrine eventually made its way to the Supreme Court. In Adair v. United States (1908) and Coppage v. Kansas (1915), the Court considered whether the railroads could fire workers for membership in pro-worker organizations. Both decisions relied on the false equivalence that a manager’s ability to fire employees at will was akin to an employee’s ability to quit at will.

In these cases, we see how the practice of slavery and servitude shaped conservative courts’ logic, forcing the people organizing for better working conditions to contend with an inherently biased and racist legal system. It’s a prime example of how the legacy of slavery and its aftermath continued to have ripple effects on generations of workers attempting to exercise power on the job.

A century and a half later, at-will employment still functions as a tool to disempower workers, especially Black and Brown workers.

Many Americans understand precarity to be a side effect of “bad jobs,” such as the Amazon warehouse jobs that have received so much publicity. But the at-will system is what enables this kind of precarity and enshrines it for nearly all U.S. jobs; it compounds the outsized power employers hold over workers on the job and in our economy overall.

The effects of at-will employment are manifold and hurt all workers. But because it reinforces existing power imbalances, at-will employment particularly hurts those who have the least power in the labor market and are most often segregated into dangerous and lower-paying jobs: predominantly Black and Latinx workers.

Today, workers of color in general face higher rates of wage theft and unsafe workplaces. But because at-will employment heightens fears of retaliation, Black and Latinx workers are less likely to speak up about workplace concerns or injustices. Indeed, Black workers are more than twice as likely as white workers to have seen possible retaliation by their employer. And although now we have laws meant to protect workers facing on-the-job racism or mistreatment, the current system undermines enforcement of those laws, making workers of color more susceptible to discrimination at work.

“Just cause” protections offer a strong alternative. Under just-cause doctrine, employers must demonstrate a real reason for discharge, such as job performance or company downsizing due to economic hardship. They’re required to give employees fair warning, adequate training, and a chance to improve before firing them. Employers must also apply disciplinary policies fairly and consistently, and they must provide severance pay to all discharged workers.

These stipulations might sound like common sense or basic consideration, but they’re a giant departure from at-will employment. Predictably, just-cause protections are enormously popular with voters. In a February 2021 poll, 71% of voters in battleground congressional districts — including 67% of Republican voters — supported just-cause laws.

For the first time in decades, we’re seeing momentum to replace at-will employment with just-cause protections, which has been especially strong at the local level. Thanks to labor and community organizing led primarily by Black and Brown workers, Philadelphia and New York City recently enacted just-cause legislation for targeted industries — for the car-parking and fast-food industries, respectively. And this past spring, Illinois lawmakers — in partnership with worker centers and allies in the Stable Jobs Now Coalition — introduced the Secure Jobs Act, a just-cause bill that would extend protections to all workers in the state.

City by city and industry by industry, workers are demanding a better way to work and live. It’s time to replace at-will employment — and rectify the ugly history it carries — with a more just system that puts power back into the hands of working people.

Rebecca Dixon is the executive director of the National Employment Law Project (NELP).

Economics in Brief: The Pandemic is Hitting Black and Latino Families Hard